Winter's Tale | Beaufort County Now | A Fairy Tale for the Five Burroughs of New York ... And for the rest of us a tall tale, with a rewarding story of complete unconditional love.

A Fairy Tale for the Five Burroughs of New York ...

And for the rest of us a tall tale, with a rewarding story of complete unconditional love for the ages ... literally.

Peter Lake, played by Colin Ferrell, is a daring thief of consummate skill, who has yet to discover his purpose in this life. Until he 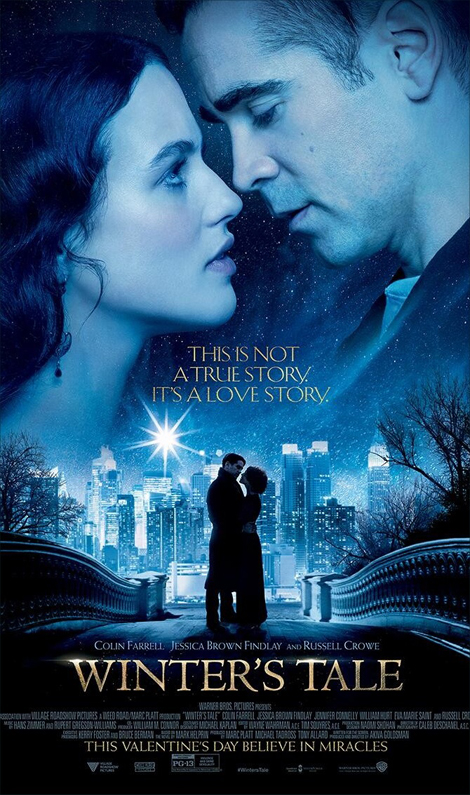 does, he is cursed to continue on this temporal plane, enduring a long and meaningless life, but retaining his youthful countenance. It is both a curse and a blessing because Peter is a man of purposeful strong will, and his fated love for Beverly Penn, played by Jessica Brown Findlay (Lady Sybil /Downton Abbey), endures through the ages.

Standing in the way of Peter's immeasurable passion for 'his one true love' are two things: Beverly is terminally ill with a condition of a fluctuating fever that reaches temperatures of such extremes that only extreme cold can reduce it; and a demonic force in the physical embodiment of Pearly Soames, played to menacing perfection by Russell Crowe, who prefers that Peter continue in his employ rather than endeavor in ancillary pursuits. That most precious pursuit is Peter's serendipitous ambition to completely love Beverly, as long as he is able, while praying for a miracle to save his beloved.

Pearly Soames was the demonic leadership of the Five Burroughs of New York, answerable only to Lucifer a.k.a. The Judge, played by Will Smith. He was a bad man with a demonic purpose, and his charge was to use all manner of evil to conduct his nefarious affairs. Obviously, he found it a grand annoyance to find that his thieving protege was finding life a bit more palatable on the less dark side. The film may have subjectively intimated that all potentially good men just need themselves a better woman to nudge them toward the light. While this may seem a simple premise on merit, it is a standing truth. 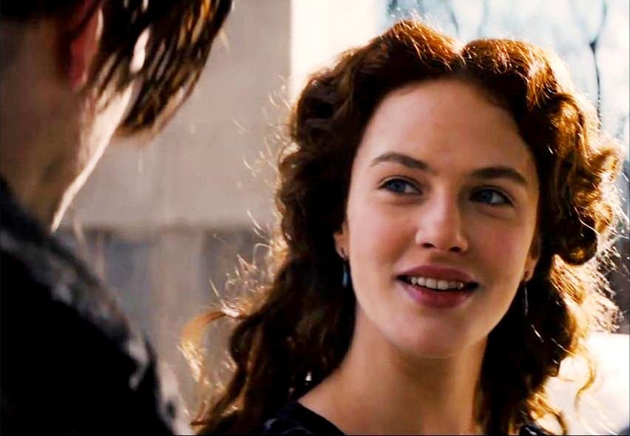 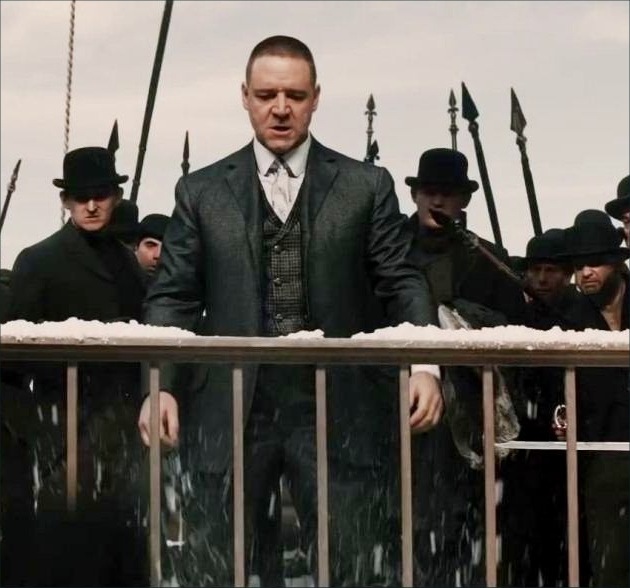 For Peter Lake, Beverly Penn was his standing truth, she was his light, she was his way forward toward a better life, and Pearly Soames be damned ... literally.

While Beverly Penn was the catalyst for Peter Lake's transformation to one who became a benefit to society, Winter's Tale was truly Peter Lake's story, and Colin Ferrell played him beautifully, from roguish bad boy to driven guardian angel incarnate. A tertiary character, beyond the Demon Soames, was the five burroughs of New York, including the Hudson River. 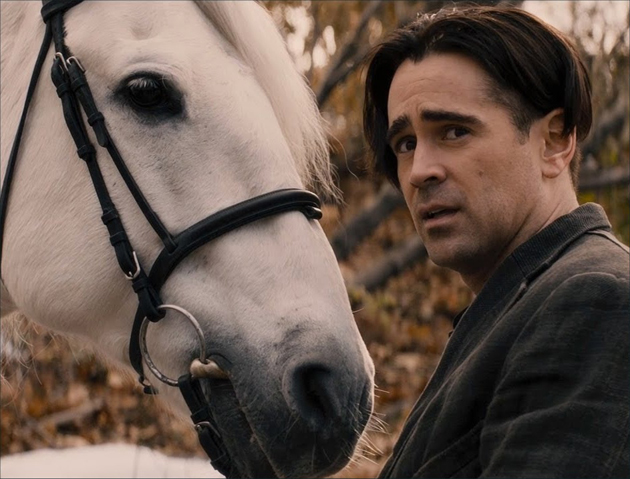 Peter Lake, Colin Ferrell, with his magical ride, a flying horse, and known as the white dog to Pearly Soames - a bearer of good fortune for a well placed miracle: Above. Pearly Soames, Russell Crowe, (left), in a stand-off against Peter Lake, Collin Ferrell, in this tale's version of good versus the ultimate evil: Below.    Click on images to expand.  Click on image to expand. 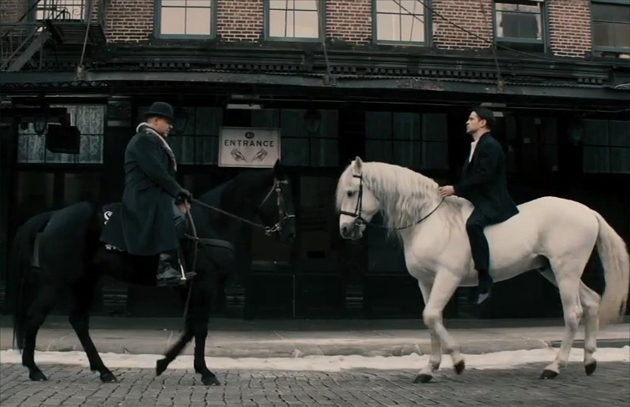 From the Irish accents of Peter and Pearly to the frozen Hudson River of Victorian era New York, and the early days of the Brooklyn Bridge, this was a Winter's Tale of New York in a time of great transformation. The film was made in the Winter of an era in New York that was the beginning of their transformation of America's leading city to the leading city of the this modern world. Including demons and Lucifer, a flying horse of good causes, the criminal element galore in an iconic city growing into a future colossus, this was a grimy fantasy of a fantastic story made only possible by suspending all possibility of disbelief by the audience. It is the only way a film of this genre, with this stupendous a story, can work.
Go Back