100 Foot Journey | Beaufort County Now | I didn't know what to expect since I hadn't seen a coming attraction and hadn't even heard of the movie, and so I was hoping to be pleasantly surprised.

What an incredible feel-good movie this is!! When I walked into the theatre to sit next to my girlfriends, the first thing they said to me was: "Do you think this is a chick-flick or what??" I looked around and there was not a male in sight. I didn't know what to expect since I hadn't seen a coming attraction and hadn't even heard of the movie, and so I was hoping to be pleasantly surprised.

And I was ...... more than I could have ever hoped for. The heart just wants to feel happy, and this movie did that for me. 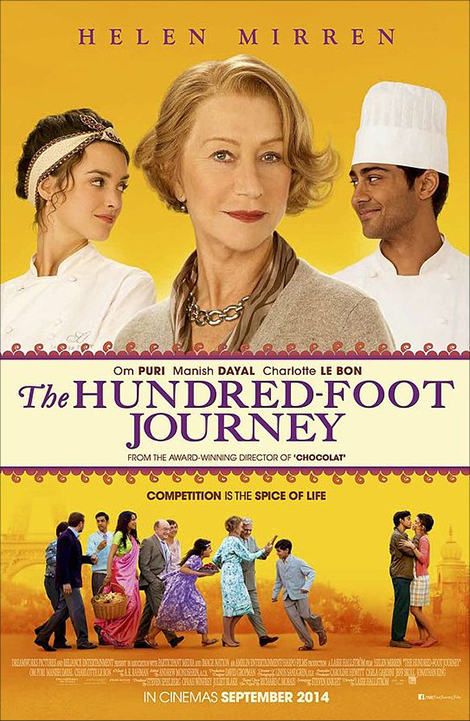 This movie is in the same cinematic vein as Chocolat, which happens to be one of my all-time favorite movies. It is about two things I am a big fan of – chocolate and love. 100 Foot Journey is a sweet, heartwarming journey of a couple of key characters to overcome ethnic stereotypes and pride and to find the good and the talents in each other. The story-telling was beautiful, the scenery was breathtaking, and the characters were genuine, real, and lovable.

The story opens with Hassan Kadam (Manish Dayal) seeking a passport to leave India. He explains that he is a cook in search of an opportunity to open a restaurant in Europe. When the official asks if he has any documented experience, Hassan tells him that he was taught by the very best – his mother. We then see a flashback of the night he lost her. The restaurant that his family (with his mother as the cook) operated outside of Mumbai was overrun by angry political protestors who set fire to it; his mother perished in that fire. Distraught, his widowed father, Papa Kadam (Om Puri), moves his family to Europe, finally settling in a picturesque village in the southern - the Midi-Pyrénées - region of France. It is only by a bit of bad luck that the family ends up in the village – the breaks on his van gave out. While waiting for the van to be fixed, his family befriends a local girl, Marguerite (Charlotte Le Bon), who feeds them well and makes them feel welcome. Also while waiting, he happens to find a quaint, long-closed eatery which he is convinced would be ideal for them to pursue their dream – to open an Indian restaurant. Against the wishes and pleadings of 4 of his 5 children, he purchases the building. Only Hassan sees the potential.

But, by another bit of bad luck, it happens to be directly across the street (100 feet) from a restaurant, La Saule Pleurer (The Weeping Willow), run by the haughty widowed Madame Mallory (Helen Mirren). She is obsessed with doubling her one-star rating in the famed Michelin guide. To her mind, there is no room in the little, charming town Saint-Antonin-Noble-Val for another restaurant. Also, she doesn't believe that hot curries and haute cuisine can possibly coexist. And so she sets out to doom the Maison Mumbai. 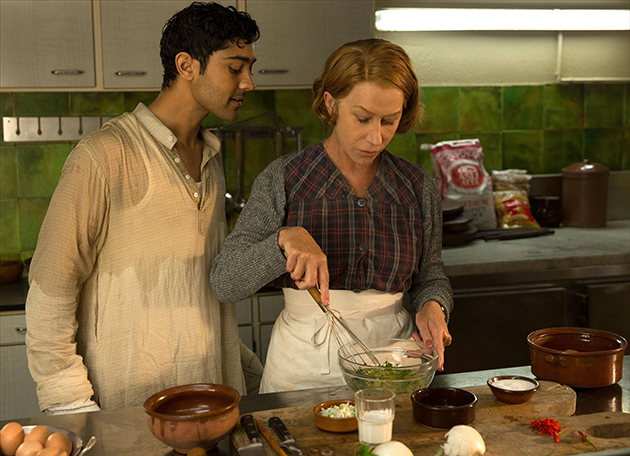 Madame Mallory and Papa Kadam are quickly embroiled in a gastronomical war for ingredients and for patrons. When Madame Mallory happens to get her hands on a menu from the not-yet opened Maison Mumbai and purchases all the ingredients they would need from the town's market, Kadam's eldest son and chef, Hassan is forced to copy dishes from La Saule Pleurer, but with an Indian twist. And when Madame Mallory complains about the Kadam's loud ethnic music, Papa complains about violations at the hoity-toity establishment across the street. Tit for tat; saboteur vs. saboteur. Each take their turn wining and dining the gourmand mayor (Michel Blanc) to gain a political and strategic advantage, while complaining about their neighbor.

Meanwhile, the culinarily-skilled Hassan (who learned to cook from his beloved mother, who was killed early in the movie) is determined to master classical French cooking techniques and marry them to Indian cuisine. He finds an improbable ally in Madame's sweet-natured and beautiful sous chef, Marguerite, the girl who caught his eye when their van broke down. She helps him learn the basics of classical cooking. Their mutual passion brings them together. And the heat between them is not only in the kitchen. 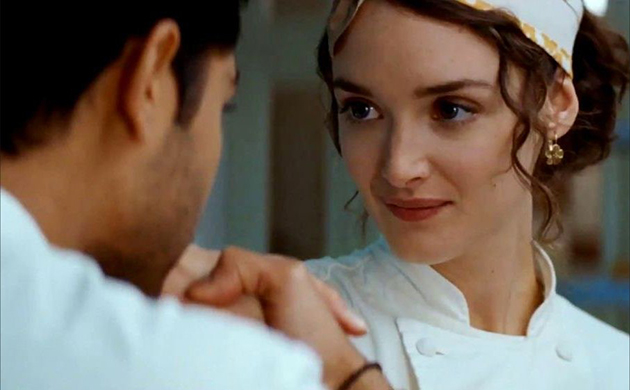 After Madame Mallory's head chef writes a message in black paint on the wall outside the Maison Mumbai ("France for the French!") and then attempts to sets it on fire one night – causing serious burns to Hassan's hands and putting the family restaurant temporarily out of business – she has a change of heart. She had already tasted his version of her restaurant's prize dish (the Prime Minister's favorite) and recognized he possessed skills like no other. She would end the rivalry and extend an olive branch. After all, as a proud French woman (albeit a snob), she believes in the French ideals of "liberté, égalité, fraternité."

After a bandaged Hassan makes her an omelet (with his favorite Indian seasonings), Madame Mallory realizes that with his help and his unique talents of culinary innovation, La Saule Pleurer could win a coveted second Michelin star. She makes him an offer he can't refuse..... the opportunity to hone his skills in classical French cuisine. It would benefit them mutually. Sadly, Papa has to say good-bye to his son and star chef.

But, as Hassan moves next door, the frost that is Madame Mallory begins to melt. A mutual respect and friendship begins to develop between her and Papa. They begin to spend a lot of time together, initially to talk about Hassan and then because they enjoy each other's friendship. Madame Mallory's ice veneer gives way to a warm-hearted woman with a great capacity for gratitude and loyalty.

After Hassan helps La Saule Pleurer to win its second star, he moves onto an ever bigger challenge – the finest restaurant in Paris. Although he proves himself yet again there, he misses his family and misses Marguerite. He finally returns to Saint-Antonin-Noble-Val where he surprises everyone and where he receives an even bigger surprise. Not only does his father have a girlfriend in Madame Mallory, but the two-star restaurant-owner gives him complete control of the kitchen at La Saule Pleurer. With that news, he presents Marguerite with an offer she can't refuse – to be his business partner (and we assume some other stuff). 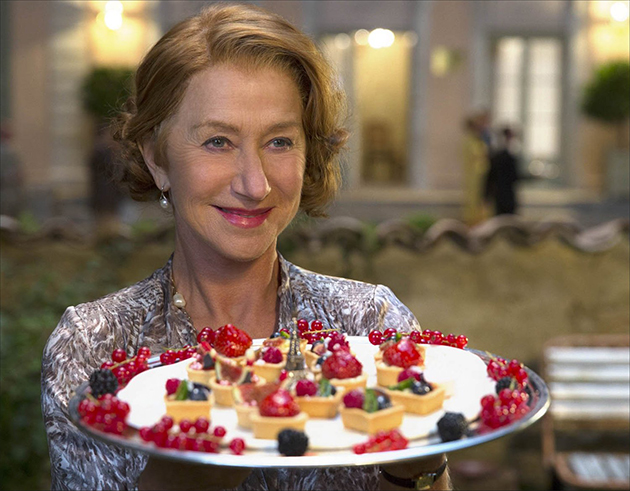 And so, a war between a Michelin-starred French restaurant and a new Indian one across the road ends in peace, love, and fusion cuisine.

100 Foot Journey is based on a novel by Richard C. Morais and has been described as a delightful fusion of Ratatouille and Slumdog Millionaire. I would add "Chocolat" into the mix as well. Once again, we can be amazed just how poignantly a story about food can touch us.

I don't know if this movie classifies as a chick-flick or not, but I just know how it made me feel and I look forward to seeing it again.