Published: Friday, September 19th, 2014 @ 12:03 am
By: John Locke Foundation   ( More Entries )
Publisher's note: This article appeared on John Hood's daily column in the Carolina Journal, which, because of Author / Publisher Hood, is linked to the John Locke Foundation. 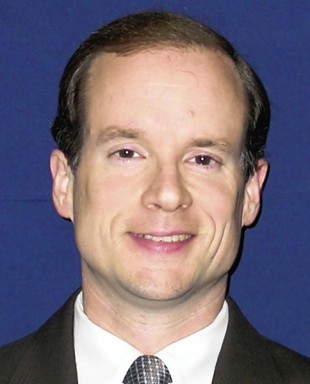 How come? The main cause, it seems, is that Hagan and her allies have vastly outspent Tillis and his allies on TV ads since Labor Day — and the claims in those ads, on education funding, have both pulled some swing voters into Hagan's column and pushed some Tillis voters into the undecided column.

I still think it's too early to predict the outcome of this volatile race with any confidence. But it's not to early to evaluate the widespread allegation by Hagan and allied groups that the North Carolina legislature cut education spending $500 million while Tillis was Speaker of the House.

Nonpartisan fact checkers have already judged the $500 million claim to be false or misleading. But even they haven't fully explained just how far off the mark Hagan's allegation is, because they tend to focus only on the first three years of education budgets rather than the full trend under Tillis, which includes the 2014-15 fiscal year we've now entered.

It's not as easy as you might think to pull these four statistics. While we know for certain how much the state of North Carolina spent on public schools in 2010-11, we obviously can't know that for the current school year until sometime in 2015. What we do know is what the state plans to spend this year. To compare apples-to-apples, then, we have to compare the enacted budget for 2014-15 to the enacted budget for 2010-11.

Similarly, while we know how many students ended up attending public schools in past years, we have only a projected enrollment figure for the current school year. On average, actual enrollment has been lower than projected since the beginning of the Great Recession. Consistency requires that we use the same yardstick over time, projected enrollment.

Finally, there is more than one measure of inflation. Should we use the Consumer Price Index? While its use is standard practice for adjusting household income and the like, it doesn't work as well for institutional trends. Many economists prefer to use the gross domestic product deflator, which captures a broader set of producer as well as consumer prices.

When my John Locke Foundation colleagues pulled all these statistics together, here's what they found:


So, was state spending on public education cut $500 million under House Speaker Thom Tillis? Definitely not. Education spending went up, even after adjusting for inflation and student enrollment. That's not to say there isn't room for reasonable debate about the issue. One might argue, perhaps, that given the size of the decline from 2008 to 2010, the legislature should have increased school spending more than it has since then in order to offset the previous cut.

But to say that Republican legislature actually reduced state appropriations to North Carolina's public schools is to misstate the facts. I'm just old-fashioned enough to believe that's still a no-no.
Go Back