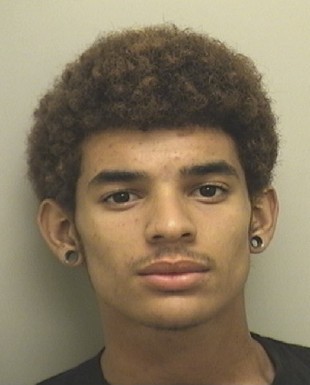 Corey Cannon
On October 10, 2014 at approximately 11:45 p.m., Sgt. Walt Zerniak of the Beaufort County Sheriff's Office School Resource Officer Unit was traveling on Highway 264 East near Washington, NC after a school football game. Sgt. Zerniak observed a vehicle in front of him traveling at approximately 10 mph in a 55 mph zone. The driver stopped the vehicle in the roadway then began to drive erratically. Sgt. Zerniak initiated a traffic stop. The driver stopped briefly then sped off before Zerniak could approach the car.

Deputies and Troopers with the NCSHP responded to the location and searched for the driver. Sgt. Zerniak began an investigation to identify the suspect. After about an hour, Sgt. Zerniak was able to determine the suspect's identity and the search was called off. The car was seized as a result of the "Run and Done" statute.

Resisting a Public Officer, and No Operators License. Cannon was held in the Beaufort County Detention Center on a $7,500.00 secured bond set by Magistrate Jasper Mills.