State Board of Elections proud of joint compliance effort

RALEIGH, N.C.     The State Board of Elections today received word that Democracy North Carolina and other plaintiffs have filed a complaint in federal court claiming violations of the National Voter Registration Act of 1993. The lawsuit follows letters filed earlier this year by the same groups.

"Our agency took swift action to address concerns over voter registration at public service providers" said Executive Director Kim Westbrook Strach. "We have been impressed by the commitment of DMV and DHHS to ensure registration opportunities are available to those they serve."

State Board of Elections data indicates that registration activity at public assistance agencies is now comparable to levels in prior odd-year cycles. 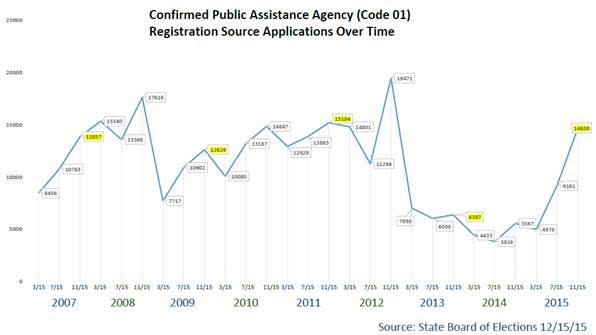 The State Board and DMV are finalizing changes to the online change of address portal, which is set to launch in January. "DMV customers updating their address online will also be able to submit updated voter registration information to our agency," said Strach. "The state's response has been so substantial, we were surprised Democracy NC chose to file a lawsuit."