"This ruling is a decisive victory for North Carolina over George Soros, Hillary Clinton and the Roy Cooper-backed out-of-state special interests who tried to overturn the state's common sense voter ID law, in order to make it easier to cheat in our elections," said NCGOP executive director Dallas Woodhouse. "Despite the scare tactics, misinformation and constant attacks from the radical left, the court threw out their false arguments and ruled that this common sense law is constitutional."

Recent campaign finance reports revealed a major conflict-of-interest for Attorney General Roy Cooper, who accepted the maximum campaign contribution from George Soros despite the fact that Cooper's office was charged with defending the state against his lawsuit. 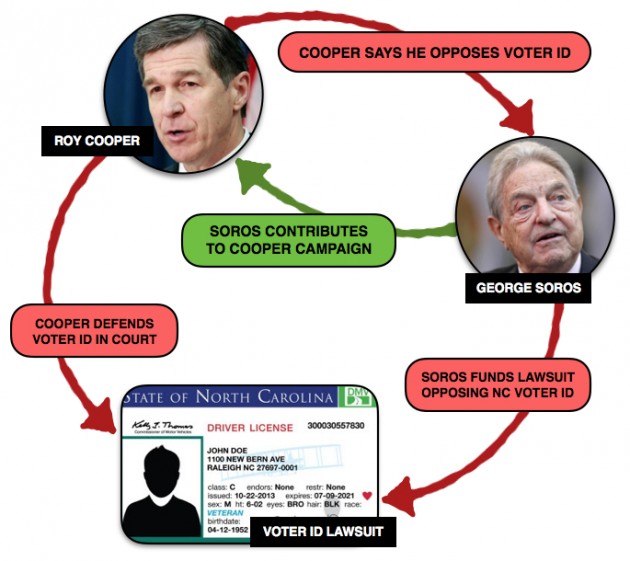