Published: Friday, December 30th, 2016 @ 5:08 am
By: John Locke Foundation   ( More Entries )
Publisher's note: The author of this post is Andy Taylor, who is a contributor to the Carolina Journal, John Hood Publisher.

There is no doubt Barack Obama's election to the presidency in 2008 was a watershed in America's racial history. A Gallup poll of the time found one-third of all Americans believed it constituted the most important advance for blacks in a century. Today, that optimism makes the developments of the past eight years all the more disappointing. A Gallup survey this April revealed 35 percent of respondents worry "a great deal" about race relations, a figure that has doubled since 2008. A Rasmussen poll this summer reported 60 percent believe racial matters have worsened on Obama's watch.

Of course, a president can do only so much. The events of Ferguson, Charleston, Dallas, Baton Rouge, Charlotte, etc., had complex and varied causes. But Obama isn't just any president. As the nation's first African-American in the office, we thought he'd be a constant reminder to whites that their preconceptions were inaccurate, to blacks that their grievances were exaggerated.

Perhaps that was the problem. To some on the Left and the Right, Obama is a singular racial type. He either is the brainy black kid who succeeded in the face of the country's systemic racism or the dark-skinned, strangely named son of a foreigner, brought up to be reflexively contemptuous of American values. Although Obama hardly knew him, we can quickly identify the president's father as African - this is where the stereotypes come from. Obama's mother and her parents, however, were his resident family, Kansan Methodists bringing him up from toddlerhood through college in Indonesia and Hawaii. Yet many of his countrymen don't readily know Obama is half-white. 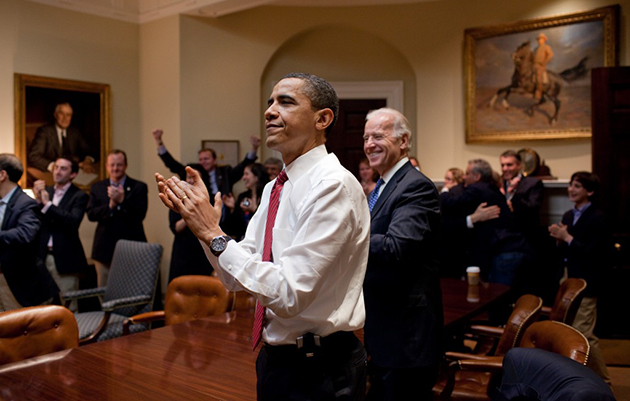 
Like any American, Obama is free to present himself as he pleases. But I cannot help wondering that he would have helped the country's race relations if he had embraced his biracial heritage, something he says he did growing up in Hawaii. Instead, as Harvard Law school colleagues jokingly put it in the early 1990s, he went to Chicago and as a community organizer "discovered he was black." He clearly relates to, as his bestselling autobiography reveals, the dreams of his absent parent. Whereas in the past society cruelly forced many biracial Americans to try to pass themselves off as white, Obama went black.

Why did he do this? Love is surely a major, very human, and admirable reason. Obama married a black woman, and it is not surprising that as a family unit, he, Michelle, and their daughters should think of themselves as African-American. But Obama's personal racial transformation seems also to have had political motives.

Although his story is right out of central casting - a feel-good movie about togetherness and racial harmony in our globalized world - today's politics don't work the same way. Much of the Left imposes racial conformity - especially on those it considers its own. You need solid attachment to a demographic group, and not consider yourself different, an individual or, perhaps even worse, part of America's old-fashioned melting pot. To lead that group there are expectations about what you should think, the language you should use, and how you should characterize others. It's hardly the stuff of national unity.

Obama's decision to de-emphasize his biracial background largely was thrust upon him - rather than being purely voluntary - by his desire for a rapid ascent through the Democratic Party.

In this regard, the effort to unseat Bobby Rush and win the 2000 Democratic primary in Illinois' 1st Congressional District was particularly important. With the support of whites in his Hyde Park neighborhood, Obama accused his opponent of being "rooted in the past." An African-American machine pol, Rush was endorsed by party leaders, including sitting President Bill Clinton. Obama was trounced and came to the realization he needed to be a "conventional" black man to win in Democratic politics, not "the professor," as he was derisively called by Rush, or, as Joe Biden rather mockingly described him in 2008, "articulate and bright and clean and a nice-looking guy." The Clintons tried to condemn Obama as not black enough during the 2008 South Carolina presidential primary, but as a senator he'd learned how to play the game by then.

Obama's victory in 2008 thrilled millions of African-Americans. I understand and respect that. He positioned himself as the crowning achievement of the civil rights movement's lengthy struggle. It's also true that many prejudicial whites would have considered him 100 percent black regardless - witness the "birthers."

But the president could have tempered expectations about race relations in this country to more realistic levels. I think he would be better positioned to tackle our current problems had he introduced himself to the country as biracial, the product of a truly diverse nation.
Go Back