Login to Send a Private Message to Stan Deatherage
January 12, 2022 - Publisher's note: Due to a publishing SNAFU, I have been remiss in my duties, here at BCN, regarding the proper categorization of county government publications; in particular, the Enhanced County Government Videos, begun August 1, 2019.

Therefore, to thoroughly correct this miscue, I will make the proper categorical correction, and bring these archives forward beginning on January 12, 2022; mixing these historical patterns of fact in with the current news of our day. Some posts brought forward will not be video broadcasts, but most informative posts as to who and what you Beaufort County Commissioners are, and how they govern.

The 'reports of the death' of "Limited Voting" in Beaufort County 'are greatly exaggerated'.

The Beaufort County Commissioners, on December 4, 2017, elected a chairman of the board, and then discussed the public's election of themselves. The election of the chairman revealed no surprises, playing out exactly as it has many times in the past; a predetermined vote bargained and paid for (commonly known as the Beaufort County way of electing a chairman), with Hood Richardson - almost always the lead vote getter in his elections - voting for himself, "Since there was no one else left that I consider suitable for the position, I'm that guy who I will vote for." - Hood Richardson before the meeting.

Commissioner Richardson received his one vote alone, while Frankie Waters, nominated by Commissioner Jerry Evans, got the other six votes. Commissioner Waters was already chairman, so the commissioners did not enact their yearly version of (non)musical chairs. The election of the vice chairman, which is a position of limited purpose, was a simple unanimous vote for Commissioner Jerry Langley.

Principled resistance or cantankerous obstructionist, Commissioner Richardson votes for whom he believes to be the most qualified for county commissioner chairman: Above.     photo by Stan Deatherage     Click image to enlarge.

Shortly after dealing with a few issues, one involving an 80,000.00 purchase of land by the county government that would be granted to a private group for the benefit of the high school soccer program, it was time to delve into a myriad of The Hood issues; most notably among those issues at tonight's meeting, the Commissioner's public positions on how to elect Beaufort County Commissioners, and Commissioner Hood Richardson wanted a public answer to his public question: Are the commissioners, in particular the registered Republicans on the board, seeking to end Limited Voting in favor of an even more restrictive voting practice?

Restrictive voting is the hallmark of Limited Voting; however, voting within a district for a limited supply of politicians is, from a mathematical sense, even more restrictive. As per conservative Republican Hood Richardson, "the Republican party plan would give voters fewer selections and poorer selections in a small county (from a population sense)." 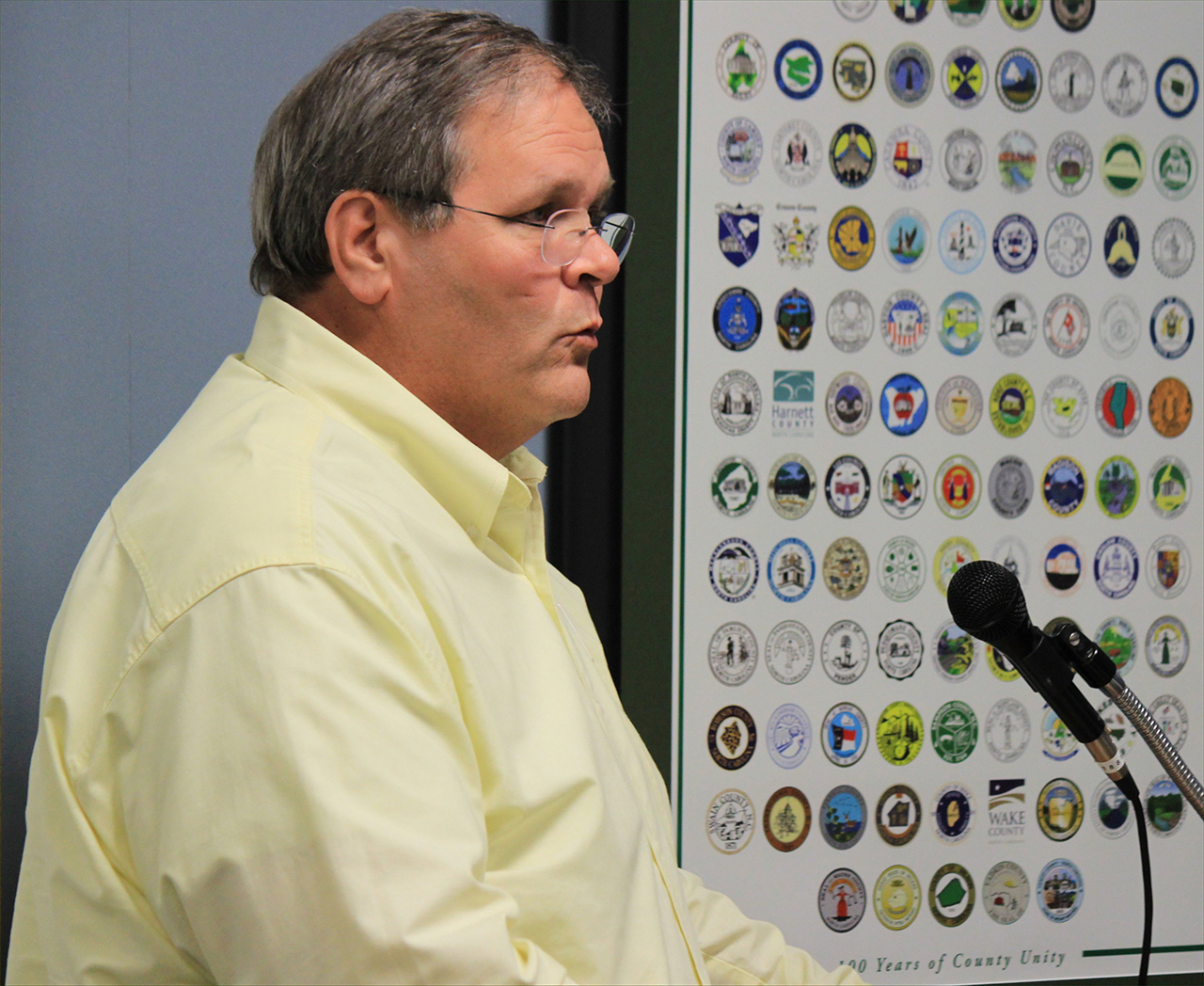 Republican Party Chairman Keith Kidwell speaks before commissioners, and does acknowledge that the local Republican Party is in the throes of ending "Limited Voting", but gave few details as to how, except that a petition is in progress, and that NC Representative Michael Speciale has been engaged: Above.     photo by Stan Deatherage     Click image to expand.

In personal conversations with some Beaufort County Republican party officials, I have been assured that voters would be better represented from the district approach, because members of each district 'would know their commissioner representative'. Furthermore, I have also been assured that districts would limit overt cronyism, a well recognized systemic condition in Beaufort County.

In an interview post this commissioner meeting, Commissioner Richardson took issue with the concept of districts in favor of his plan, which the Conservative Commissioner touts: "If we must have districts, we need as much representation as is possible, and my plan would ensure that. I will agree to five districts, but with the provision that the position of chairman and vice chairman will run at large. This plan would give the voters 3 votes for county commissioner every 4 years, instead of just one vote." 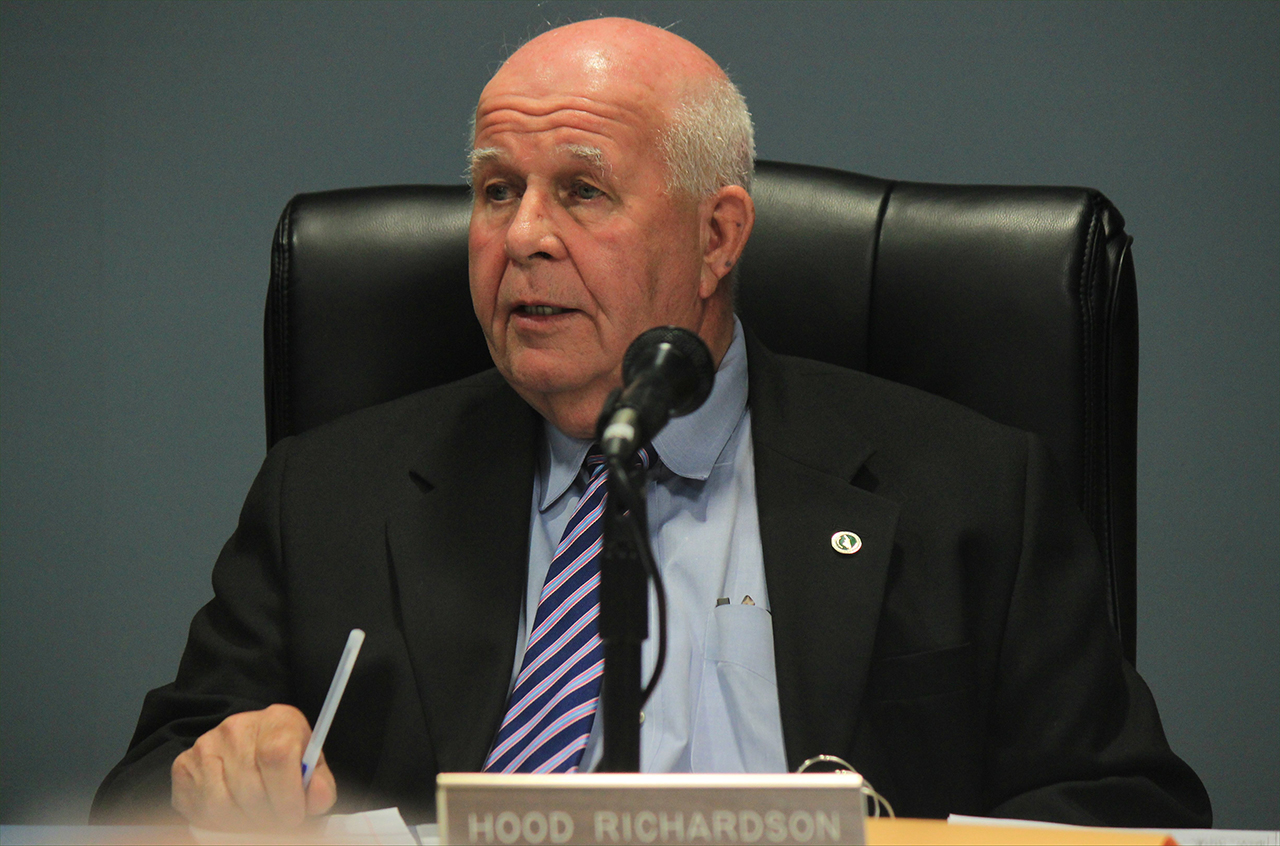 Remarkably, after Commissioner Richardson made his detailed remarks of an election process, most commissioners made comments on the process of their election, and, at tonight's meeting, there was NO appetite for any momentum toward the changing of the "Limited Voting" method in favor of a plan for separate districts, except some conflicted comments from the newly minted commissioner chairman, Frankie Waters. 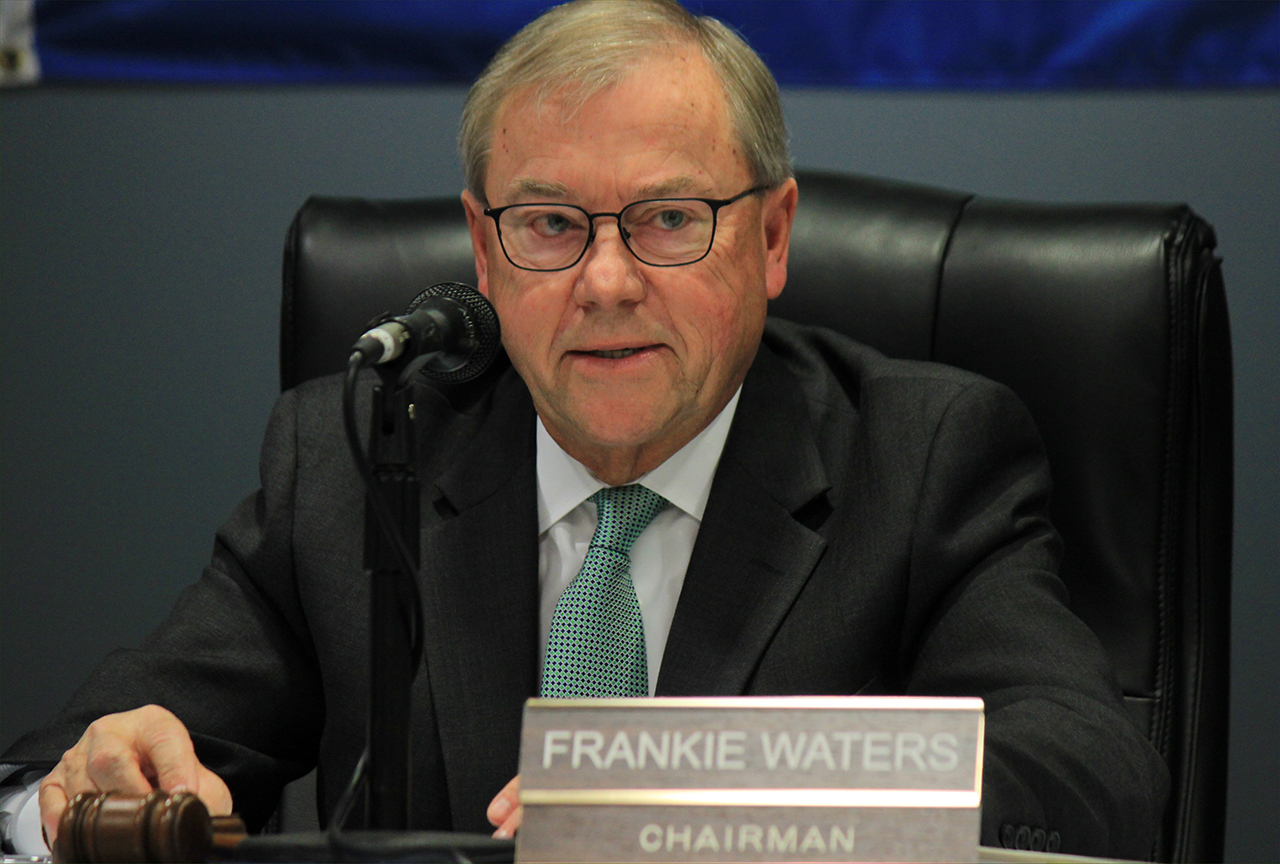 Beaufort County Commissioner Frankie Waters explained his positions on "Limited Voting", in particular, that 'Beaufort County should not spend hundreds of thousands' to end the voting process: Above.     photo by Stan Deatherage     Click image to expand.

Chairman Waters made significant mention that he was not involved in the political process of changing the method of electing commissioners, yet did admit to talking to Democrats, who, Commissioner Waters verified, did endorse such a plan. Ironically, these comments prompted Democrat Commissioner Ed Booth to relate on the issue of Democrats' thoughts, and that it is rumored that local Civil Rights Advocate, and former County Commissioner David Moore now accepts the possibility of districts (Moore brought the lawsuit against Beaufort County on behalf of minorities, especially Blacks): "As far as Beaufort County politics goes, there's no more important Democrat than me, and you never talked to me Commissioner Waters. Some people talk about "Limited Voting" being David Moore's lawsuit against Beaufort County, but "Limited Voting" is the people's lawsuit to change the way we elect commissioners, and I am one of those people, and what I want matters just as much as what David Moore now wants." 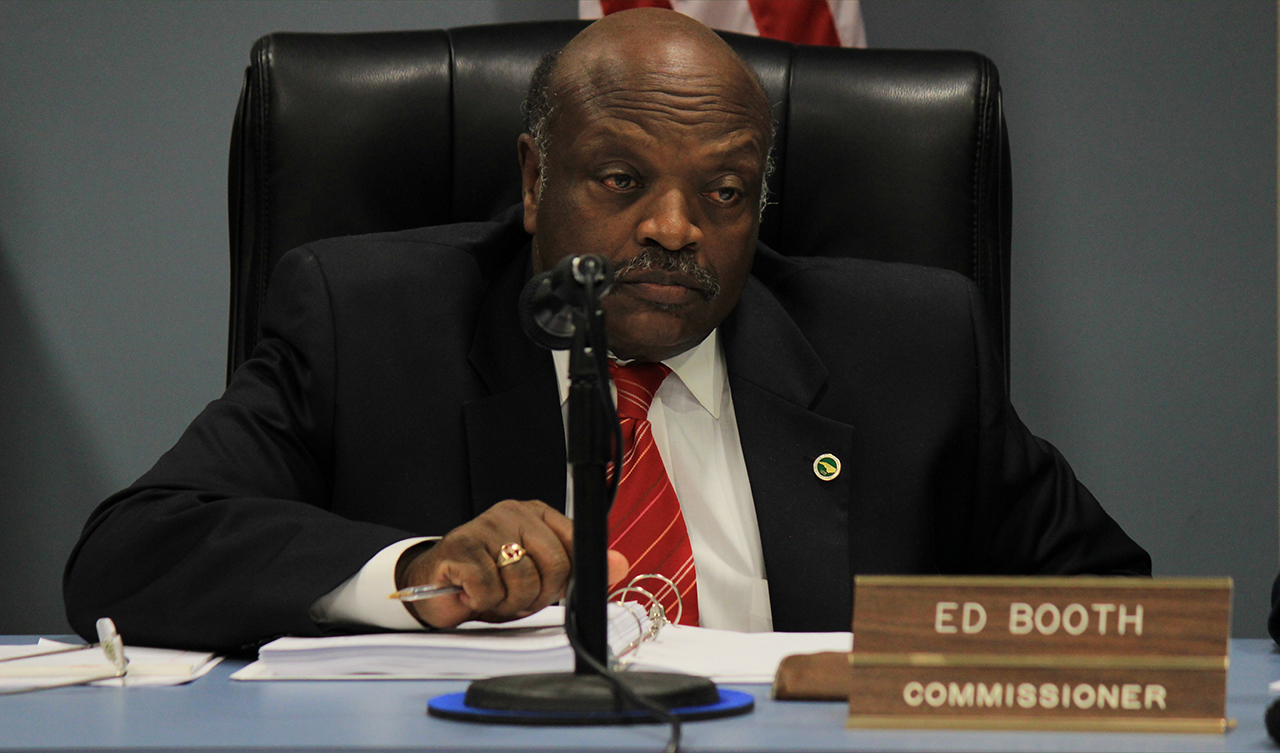 Beaufort County Commissioner Ed Booth may have taken a strident position on "Limited Voting", but did make a rather profound statement that drew one loud laugh from this humble reporter: Above.     photo by Stan Deatherage     Click image to expand.

Yes, I laughed out loud at Commissioner Booth's comment, but for good reason; a statement rife with irony, delivered at the precise time often does that to me - Commissioner Booth: "If Commissioner Richardson were to fall over dead tomorrow , there would not be another word about ending "Limited Voting"."

If you are interested in our Archive of the Beaufort County Commissioners' General Meetings can be found here in this aforementioned enhanced format.

Additionally, if you wish to catch up on some of the most important Beaufort County Commissioners meeting of 2019 through 2022, click here.
Go Back