What a Ride – Roller Coasters, Stocks and Life | Beaufort County Now | Some people love riding roller coasters while others get sick to the stomach with just the thought of one.Some also have the same fear when it comes to life's ups and downs. | Post 30676, Life is a roller coaster, Stock market roller coaster, enjoy the ride

What a Ride – Roller Coasters, Stocks and Life

My morning routine usually starts with a review of the Emails, then I evaluate the market futures to see if the Financial World has come to an end overnight. I always enjoy watching the younger host (CNBC) delight in telling me the neck sapping chart moves in the futures market. They get such glee when the market looks like it is going down and I could swear I see a frown when they see an uptick. This morning I was prompted to write this article which illustrates the fallacy of a short term view of ......ALMOST EVERYTHING. Bobby Tony 12/10/2018 09:35 AM

What a Ride – Roller Coasters, Stocks, and Life

"On June 16, 1884, the first roller coaster in America opens at Coney Island, in Brooklyn, New York. Known as a switchback railway, it was the brainchild of LaMarcus Thompson, traveled approximately six miles per hour and cost a nickel to ride. The new entertainment was an instant success and by the turn of the century there were hundreds of roller coasters around the country." -----https://www.history.com/this-day-in-history/first-roller-coaster-in-america-opens

Some people love riding roller coasters while others get sick to the stomach with just the thought of one. Some also have the same fear when it comes to life's ups and downs. But the one overriding fact is that regardless of the ups and downs, most roller coasters end up right back where they started and it is not as dangerous at it may seem.

I have no way of knowing if the Stock market will end up right back where it started, but I do know that if you let me pick the two dates: Start and Finish. I can smooth out any roller coaster ride. As an investor with some years under his belt, I only wonder now where I will be when I get off the Roller Coaster of the stock market (i.e. DIE).   If you are one of those who don't think you are invested in the market, be sure to keep an eye on that spot in the yard where you have your money buried. If you don't have all your money buried in the yard, you are most definitely invested in the market.

Every time I get up and hear about the impending boom or bust in the market I am reminded about the Coney Island roller coaster.  It may cost way more than a nickel now to ride but the ups and downs of today's modern roller coaster provide significantly more thrills than the old wooden structure.

When I have a tendency to over react to the daily fluctuations in the market I use my trusty old Excel Chart to smooth out the dips and valleys.  As you can see below, the charts on the left show the daily fluctuations in the Dow Jones and S&P 500 closing.  The Charts on the right use the same numbers but only show the first and last (Jan 1- Dec 7).   The start and end are the same for both charts, but the thrill seekers can pay their nickel and enjoy the ride.  The rest of us can stay on the bench and wait for the first car to come back into the station. 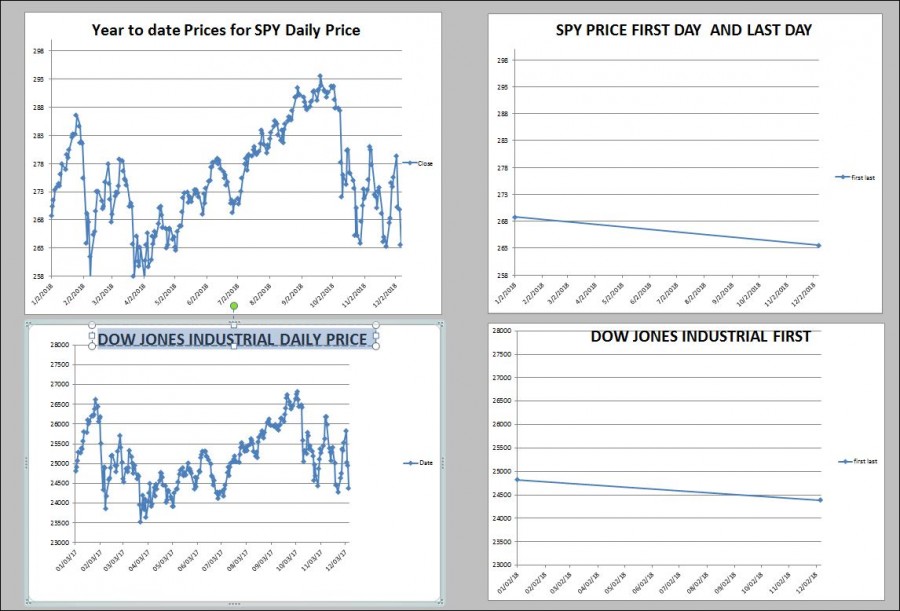 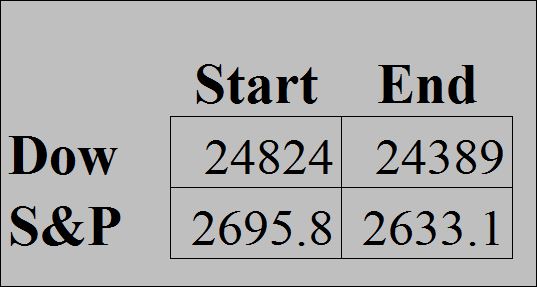 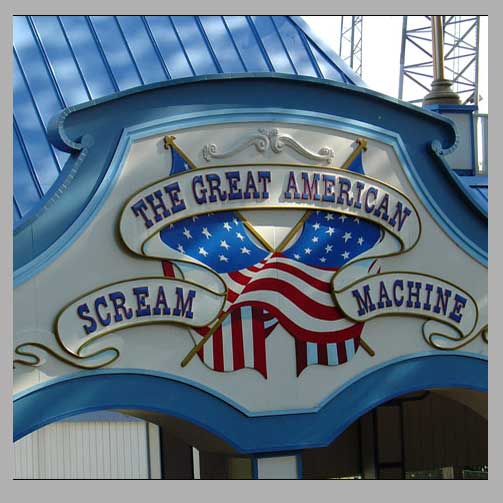 The secret is to ride it as long as you can before the brakes kick in. But above all else:

ONLY YOU CAN SMOOTH OUT THE PEAKS AND VALLEYS

IF YOU LIVE LONG ENOUGH LOOKING BACK YOU WILL NOTICE

THAT BOTH PEAKS AND VALLEYS ALL LEAD TO THE SAME PLACE.

IT WILL BE OVER BEFORE YOUR ARE READY.