Temporary Spending Measure Likely to Become Law, With or Without Governor 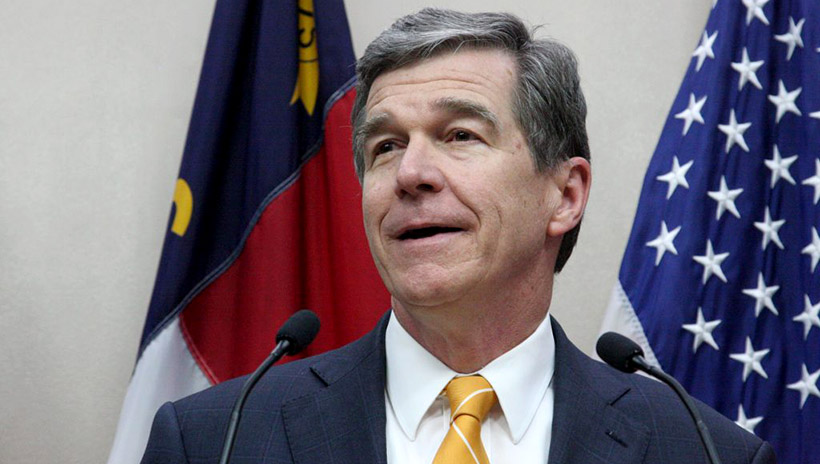 A bill allowing federal funds to continue flowing to North Carolina hasn't earned Gov. Roy Cooper's signature yet, but one political analyst said it would be wise for the governor to let it become law.

Weeks have passed since Cooper vetoed the biennial budget bill. Negotiations have stalled on a compromise between the governor and the Republican-led General Assembly. As Republican leaders work on whipping up votes for a veto override - which must include some Democratic lawmakers to succeed - Cooper is busy making sure his party sustains the veto.

State government is still able to operate without a new budget. Spending has reverted back to previous levels, but new items including teacher and state employee raises won't become reality without legislative action.

The General Assembly recently passed legislation to address some of the shortfalls caused by the budget impasse. House Bill 961, or Ensuring the Authorization of Federal Funds, is a stopgap measure to make sure the state can still draw down federal funds in the form of block grants while the budget stalemate continues. Under the bill, federal block grants for health and human services, agriculture, the Department of Environmental Quality, the Clean Water Trust Fund, and the suicide prevention hotline are funded.

Now the ball is in the governor's court. Both chambers of the General Assembly passed H.B. 961 by unanimous votes.

Cooper has three options: he can veto the legislation, sign the bill, or let the bill become law without his signature.

"I can't imagine he will veto it, since it was passed unanimously in both chambers," Andy Taylor, a political science professor at North Carolina State University, said. "I'm not sure from his own perspective how it would help him if he did veto."

Taylor said it's not clear who will benefit or be harmed the most from a drawn out budget battle, and signing H.B. 961 into law won't necessarily tip the scales in either direction.

Cooper vetoed the $24 billion budget on June 28. Since then the governor has engaged in a back-and-forth battle with Republican legislative leaders over a compromise budget. One of the major points of contention has been Medicaid expansion. While Cooper wants to expand Medicaid, Republican lawmakers are largely against the idea.

Taylor said the General Assembly has thrown Cooper a bone regarding Medicaid by putting House Bill 655 on the calendar. H.B. 655 would give about 500,000 residents Medicaid coverage, but it includes work requirements and adds premiums to the coverage. Although the House hasn't voted on the measure, Taylor said it might signal to Cooper's team that there is some buckling in the General Assembly's stand against Medicaid expansion.

A bill can become law if the governor doesn't sign it within 10 days. But Taylor said it might be advantageous for Cooper to take the opportunity to make a statement while signing H.B. 961 into law.

"If I was advising Cooper, I'd say, 'Go ahead and sign it and say this is essentially what I'm trying to do with Medicaid expansion.'" Taylor said.

Cooper could hold a news conference on signing H.B. 961, Taylor said, and make the argument that he's trying to get federal dollars released for North Carolina.

Cooper's office did not respond to a request for comment on this story.