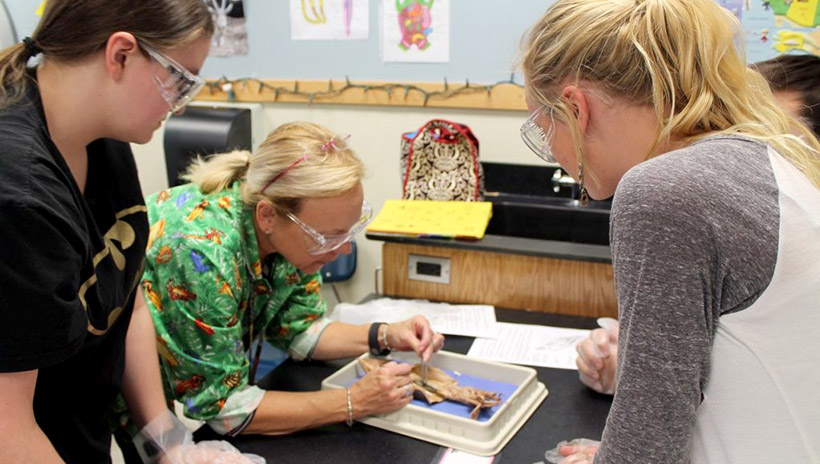 During the first few weeks of every new school year, the mainstream media and public-school advocacy organizations proclaim North Carolina has a severe teacher shortage. Throughout August, they raise alarms about the thousands of administrative, teaching, and staff vacancies listed on the N. C. Schools Job Board and human resources pages for Wake, Charlotte-Mecklenburg, Guilford, and other school districts.

A good example of the typical teacher shortage story recently aired on Fox 8 in the Triad. Reporter Michelle Wolf cautions that "school year starts in three weeks, and districts across the Triad still have a few hundred teaching vacancies to fill."

The Guilford County Schools alone had 117 teaching vacancies at the time of the report. Rather than follow-up with school district officials or examine state teacher vacancy trends, Wolf consults the vice president of the union-led Guilford County Association of Educators, who warns, "I believe eventually the shortage is going to catch up and we're going to have do some major recovery in the state." Wolf declares, "North Carolina sits in the bottom half for starting teacher salaries, forcing new teachers to find jobs elsewhere." What a catastrophe!

Even a cursory assessment of the differences between listed and actual vacancies or historical trends would show there's little cause for concern. According to data collected by the N.C. Department of Public Instruction, Guilford County Schools had a teacher vacancy rate of 0.6 percent in 2018, that is, 31 vacancies out of 4,840 teaching positions in the 71,000- student district. There's no reason to believe this year's vacancy rate will be significantly higher. Around a week before school began, the number of teacher vacancies was consistent with previous years.

Alarmists often declare that low pay and low regard for the teaching profession have triggered a teacher recruitment and retention crisis in North Carolina. Presumably, the number of vacancies is proportionate to the number of elected officials who refuse to force those miserly taxpayers to pay up. In recent years, they have directed their indignation toward the Republican-led General Assembly, which has made public education in North Carolina public schools so undesirable that, according to the 2018 Teaching Working Conditions survey, only 87 percent of teachers agreed their school is a good place to work and learn.

It's true some schools don't start the year with a full complement of teachers and staff. Teacher attrition, mobility, budget adjustments, student assignment changes, and administrator turnover may impede the interview and hiring process during the summer and lead to delays in hiring permanent employees. The state budget standoff makes school district budgeting tricky this year. Yet, even if vacancies remain long after the start of the new school year, district leaders can hire personnel throughout the school year, as well as make minor adjustments to class sizes and schedules to ensure the instructional needs of all children are met.

According to the 2017-18 State of the Teaching Profession in North Carolina report, North Carolina has a statewide teacher vacancy rate of around 1.5 percent. In 2018, North Carolina public schools employed a total of nearly 95,000 full-time teachers and had 1,555 teacher position vacancies on the 40th instructional day. (A few districts submitted data with inconsistencies, so they were omitted.) If distributed evenly across the over 2,600 public schools in the state, that's an average of 0.6 vacant instructional positions per school.

That said, vacancies aren't distributed evenly across grades, subjects, schools, or districts. In 2018, regular and special education elementary school positions had the highest number of vacancies. Middle and high school social studies positions had the fewest. In terms of district rates, Anson, Northampton, Warren, Mitchell, Elizabeth City-Pasquotank, and Edenton-Chowan had the highest vacancy rates. Ashe, Clay, Graham, Macon, Newton-Conover City, Pamlico, Perquimans, Swain, and Washington reported they had no vacancies on the 40th instructional day of the 2018 school year.

So, do North Carolina public schools have a teacher recruitment and retention crisis? The statewide figures and trends suggest they don't, but the answer depends on local and regional circumstances. Some districts struggle to recruit and retain outstanding educators, while others have nominal turnover and vacancy rates. The mainstream media and public school advocacy organizations should celebrate the successes of North Carolina's school districts and accurately portray their challenges.