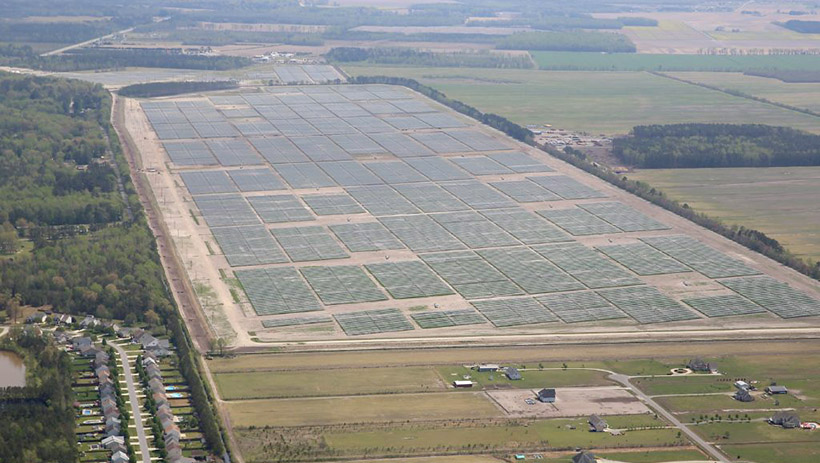 The dispute between solar energy finance companies and the state's revenue department has reached court.

"After the state received the investments inspired by legislation, NCDOR caused the state to renege on the underlying promise of tax credits to investors," the lawsuit says.

The day after the lawsuit was filed, Gov. Roy Cooper joined other state officials in Raleigh at a meeting of the Climate Change Interagency Council for an update on the N.C. Clean Energy Plan. The plan calls for a significant expansion of solar and other renewable energy sources.

"The department supports tax credits for renewable energy as allowed by law. While we have not seen this filing, we cannot comment on audits or litigation," NCDOR spokesman Schorr Johnson said in an email.

Some lawyers with expertise in tax law reject DOR's interpretation. A version of the tax credit program had been around for roughly two decades.

Monarch says NCDOR has exceeded its authority. The agency is attempting to make tax law, rather than administer and interpret it. The dispute also involves tax credits for mill restoration and historic redevelopment.

Monarch lawyer Joseph Dowdy told Carolina Journal NCDOR's position could threaten credits claimed by at least four other financing companies. More than $500 million in tax credits could be at risk.

Monarch began investing in N.C. renewable energy projects in 2012. In 2013, NCDOR rulings indicated investors in Monarch-sponsored partnerships could claim the tax credits. Several taxpayers then invested in the partnerships.

Monarch established the Master Fund, a limited liability company. Its main purpose was investing in N.C. renewable energy projects. The Master Fund typically acquired a 99% interest in another LLC, called the Project LLC.

Monarch says the Master Fund, the Project LLC, and the Annual Fund were formed as limited liability companies under Georgia law and are valid under U.S. and N.C. law.

NCDOR's ruling on partnerships is "a new and extremely restrictive interpretation that is taking investors, developers, and the market by surprise," wrote Kay Hobart of Parker Poe in an April article for "Bloomberg Daily Tax Report." She said hundreds of millions of dollars in anticipated tax credits were at risk. She said the ruling appears to be at odds with the General Assembly's intent.

In July, N.C. Chamber General Counsel Ray Starling also criticized NCDOR's ruling. In a Triangle Business Journal article, Starling said the promise of a 35% tax credit made many of the projects economically feasible.

He said NCDOR's actions threaten other tax credit programs, including the one for rehabilitating historic structures. By "changing the rules of the game on taxpayers after the game was over, the DOR is threatening North Carolina's favorable tax climate," Starling said.
Go Back