After the Flood | Beaufort County Now 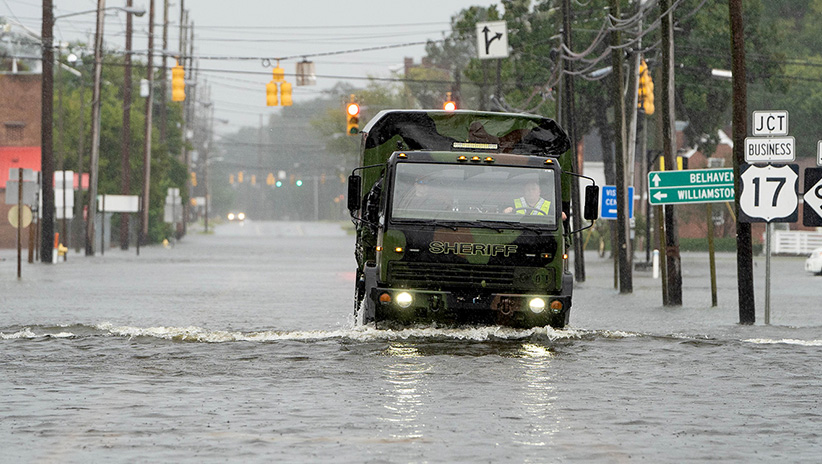 Eastern North Carolina has seen its share of hurricanes in recent years. They blow in, flooding homes and businesses and leaving thousands of displaced residents in their wake, unable to return to their damaged homes.

The stress of being displaced, the gargantuan task of cleaning up muddy, moldy debris, and the financial burdens of storm recovery all add up to create the potential for mental health issues, said Dr. Heather Littleton, associate professor of psychology.

After Hurricane Florence, Littleton received a RAPID grant from the National Science Foundation to study how individuals cope with and recover from severe and ongoing stress after storms. Study participants were surveyed after the hurricane and again after three and six months.

"A large percent reported that they either had a new or worse mental health condition because of the storm," Littleton said. 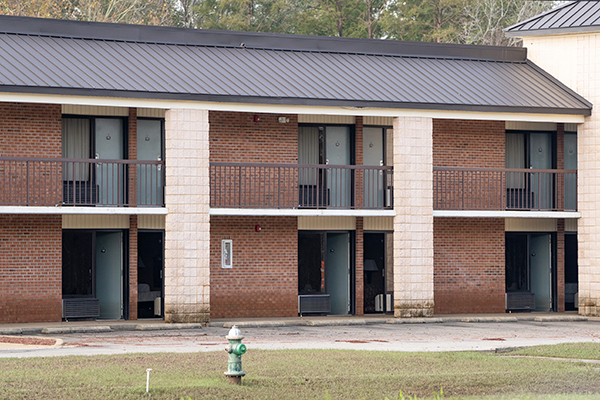 Hurricane Florence flooded homes and businesses across eastern North Carolina, causing more than $24 billion in damage.
There's often a coordinated effort to support storm victims immediately following a storm, and the community rallies and works together to help those in need, she said. But as the immediate need passes, those extra resources fade and volunteers return to their own homes and communities. There's also a lost sense of community connection as some displaced families may not return.

"Folks may not necessarily think about ... how long the impacts persist, and how extensive they are," Littleton said.

Kayla Benson, who conducted door-to-door recruitment for the study as a student at UNC Pembroke, said the recovery process is incredibly long. "When we were recruiting in the spring, there were people suffering like the storm had just occurred," she said, "mainly because they were still waiting on insurance and aid from FEMA."

One family's home had been damaged by Hurricane Matthew in 2016, and just after they finally returned, it was destroyed again by Hurricane Florence.

"Experiencing repeated loss makes it difficult to recover," Benson said. "I imagine it is challenging to ever feel 'comfortable' in your home, because as soon as you get settled, you feel like you have to start prepping for the next disaster.

"I think a lot of families are struggling to find a sense of peace following these storms."

Dr. Ashley Britton, a clinical assistant professor in the Department of Psychiatry and Behavioral Medicine at ECU's Brody School of Medicine, said being displaced from home during the holidays can add an additional level of anxiety.

"They may have a combination of stresses because they're trying to meet their basic needs for shelter and clothing, while also trying to keep up with family holiday traditions," she said.

Compounding the problem is a shortage of mental health resources in rural communities, especially if there's a spike in demand after a natural disaster, Littleton said.

"In the initial aftermath really what you want to do is try to promote the most natural recovery ... whatever we can do that's providing support and material aid so they don't have all these other stressors afterwards, making it harder to recover," she said. "And in the longer term you need targeted interventions for folks who, for whatever reason, didn't experience that natural recovery.

"And that's where I think the biggest gap is - often there aren't those longer term services available."

Britton said having more services available would help in improving the adjustment period for people affected by natural disasters, and that continued efforts to eliminate the stigma surrounding seeking help will lead to more people doing so.

"The biggest obstacle, I think, is the stigma - that they'll think, 'Someone will judge me if I admit that I have a problem that I am unable to deal with,'" she said.

She encouraged those who may need help to reach out to services available in their area or through a telepsychiatry program.

Littleton pointed to Give an Hour as a program that provides mental health services or can connect people to services.