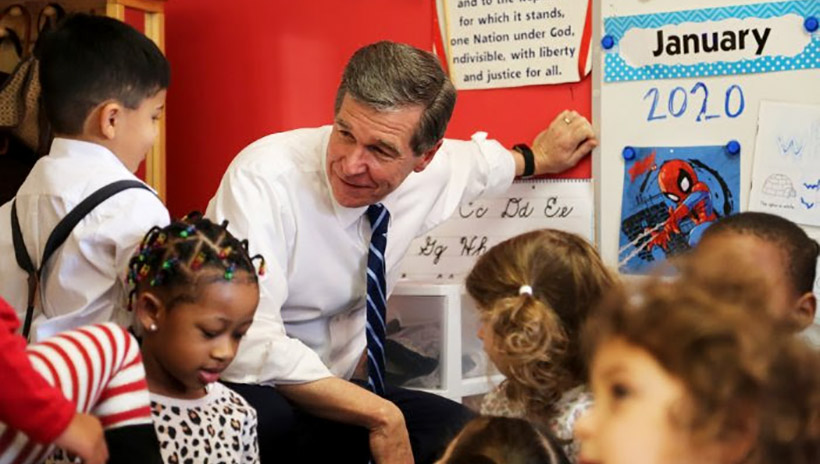 On Thursday, Governor Cooper announced that North Carolina has been awarded $56 million in federal funding to help grow the state's early childhood services.

At Bright Beginnings Child Development Center in Cary, a five star early childhood facility, he explained how the new funding, a $40.2 million Preschool Development Grant, and a $16 million grant, will help address continuing education for early childhood teachers and critical health needs of young children and their families. Governor Cooper's Early Childhood Action Plan calls for resource investments like this to build a solid foundation for every child in North Carolina.

"The science is overwhelming that early childhood education and intervention make a significant difference in whether a child succeeds in school and beyond. Every child deserves the best chance to succeed. That means we have to support families, early childhood teachers, and all those who have an impact on early childhood development," said Governor Cooper

Read more about the grants HERE. 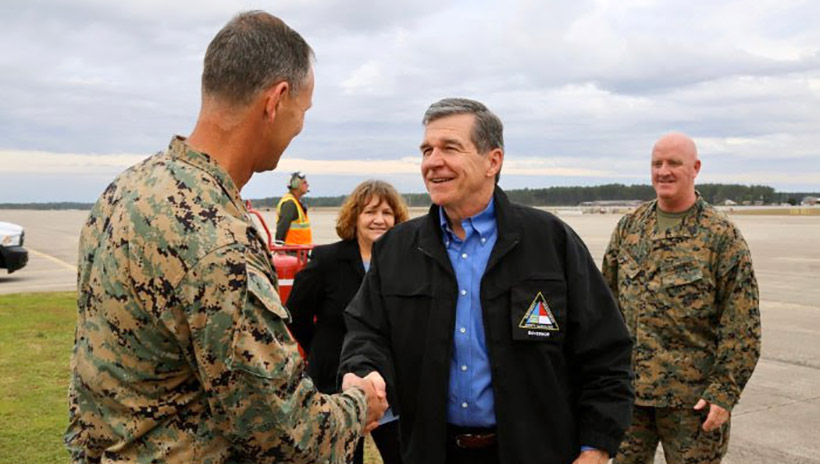 As thousands of servicemembers stationed in North Carolina were deployed this week, Governor Cooper shared a list of state government resources to help them and their families during this difficult time.

"Our brave servicemembers work tirelessly to keep us safe, and they should be able to carry out their service without worrying about loved ones back home," said Governor Cooper. "It is important that we provide resources to servicemen and women and their families to ensure that a sudden deployment does not put them at financial or other risk."

View the list of resources and helpful information HERE. 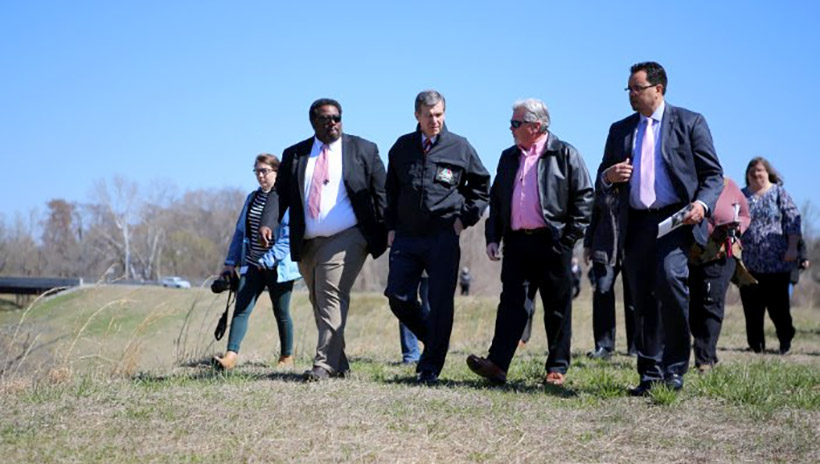 On Thursday, there was a federal funding announcement that $39.6 million in much needed funds will go to the design and construction of a levee in Princeville. The historic town, the oldest town incorporated by African Americans in the United States, was hit hard by both hurricanes Matthew and Florence. Governor Cooper wrote a letter to support funding this project and continues to find ways to build resiliency in communities vulnerable to flooding.

Read Governor Cooper's statement HERE and the letter he wrote to advocate for the funds HERE.

Another state with a Republican legislature sees the wisdom of expanding Medicaid. It’s time for N.C. to do the same to close our health care coverage gap. - RC https://t.co/1kG95NQEr1