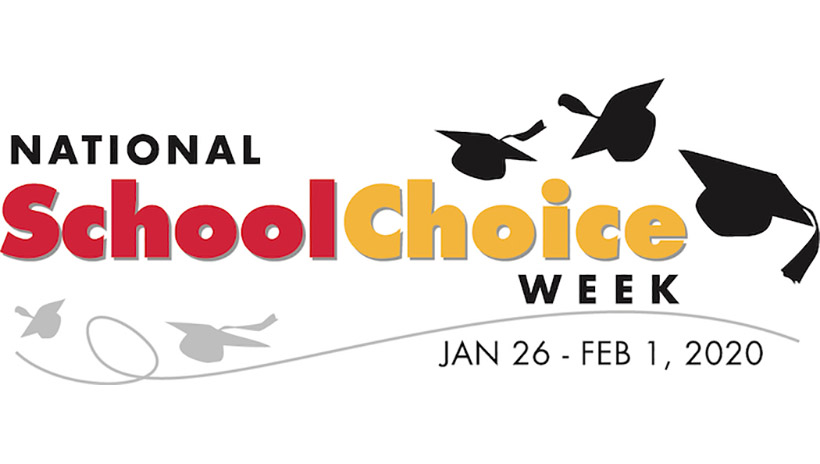 The John Locke Foundation is kicking off National School Choice Week with a talk from Robert Luddy, the creator of several charter and private schools in North Carolina.

The event is one of 2,313 celebrations scheduled statewide Jan. 26 through Feb. 1. Nationally, it's set to be the largest-ever celebration of educational opportunity and diversity, with a staggering 13.7 million participants, show numbers from NSCW's national advocacy organization.

Nothing influences a community more positively than a good school, Luddy points out in his lecture, "Excellent Schools are the Best Community Development Programs." On Monday, Jan. 27, the founder of Franklin Academy, St. Thomas More Academy, and Thales Academy will discuss how neighborhoods that can't meet student needs should have private school options.

School choice has exploded in North Carolina over the past 24 years. Since 1996, 196 public charter schools have taken root around the state. This decade's growth is attributable to the state's 2011 decision to lift a cap limiting North Carolina to just 100 charters.

Wait lists for charter schools statewide are packed out at 65,000 kids.

"Both facts suggest that charter schools are part of the fabric of public schooling in North Carolina," Stoops said.

Twenty percent of all students in the state attend a charter, private, or home school, he said.

"That percentage will grow as more parents access resources that enable them to select the best school for their children," Stoops said.

It's important for parents to be aware of their options, said Rhonda Dillingham, executive director of the N.C. Association for Public Charter Schools. No one should be forced to send their child to a school strictly on the basis of zip code, she says.

North Carolinians are increasingly supportive of options outside traditional public schools, show data from the American Federation for Children.

AFC's sixth annual National School Choice poll surveyed 1,275 likely November 2020 voters Jan. 7-13 about their views on school choice. The margin of error is plus or minus 3.5%.

Support for school choice continues to grow, with 69% of respondents favoring the concept. That's up two points from last year's survey.

Although school choice has become popular in the state, it still has detractors.

Several Democratic lawmakers have called for a moratorium on new charters to study effects the alternatives have on school districts. Critics argue charter schools drain money away from traditional public schools.

But, thanks to broad public support, school alternatives aren't in any immediate danger, Stoops said.

"Despite Democratic fantasies of eliminating school choice options, the strong demand for school choice suggests that it is here to stay," Stoops said.

Click HERE for more information about NSCW events in your neighborhood.