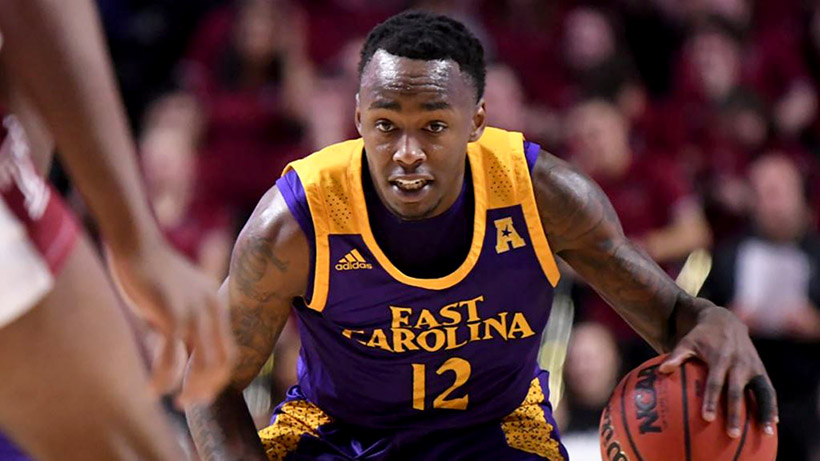 Temple opened the game with Moore burying a 3 in front of the Pirate bench which set the tone for the evening as the Owls sank 10 shots behind the arc, including four in the first seven minutes as they raced out to a 21-6 lead.

Tremont Robinson-White dropped in a floater prior to the halftime buzzer to give the Pirates a 32-30 lead at intermission.

The Owls quickly retook the lead after halftime, going on a 22-6 run and holding ECU scoreless for nearly four minutes to go ahead 52-38.

Temple blistered the nets in the second half, shooting 59.1 percent and made 5 of 11 3-point attempts, while ECU connected on just 33.3 percent of its second half shots.

The Pirates answered with a 15-5 spurt of their own to get within four, 57-53, but Temple countered with seven unanswered points to push its lead back to double figures with less than five minutes to play.

The closest ECU got the remainder of the game was eight points.