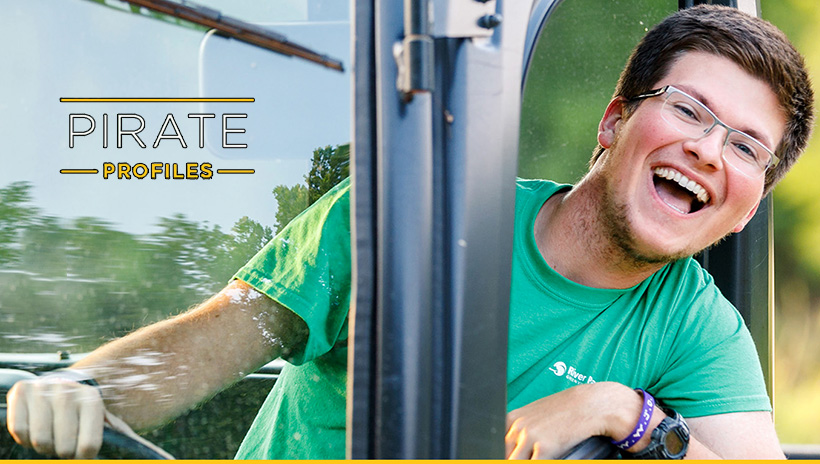 East Carolina University student Jason Pilkington loves to be outside and build relationships with people.

"I've loved being outside for as long as I can remember," Pilkington said. "I was an Eagle Scout growing up and went on a lot of camping trips."

Pilkington, a rising senior and Greenville native, is majoring in recreation and park management and minoring in business. After attending and graduating from D.H. Conley High School, Pilkington said he originally came to ECU to study computer science, but his love for the outdoors and sports convinced him to change majors.

"I looked up the potential careers and jobs for recreation and park management majors, and I just fell in love with some of the descriptions of those potential careers," Pilkington said. "I decided on a business minor so that I could be more marketable to companies and organizations."

Outside of the classroom, Pilkington serves as a resident advisor for Gateway Hall. He said that even though resident advisors are most known for enforcing the rules, he has seen it as a way to meet new people and build strong relationships. 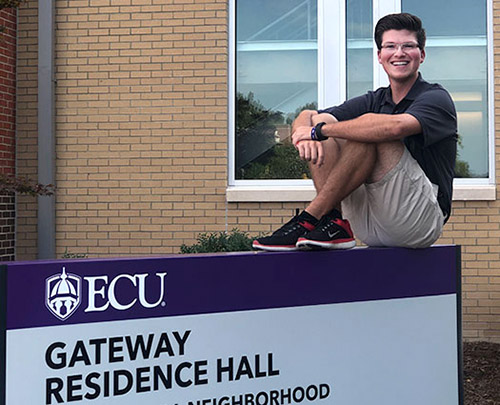 Pilkington will be entering his third year as a resident advisor for Gateway Hall. Photo: Contributed
"Most of the time it's just day-to-day things like interacting with residents, getting lunch with them and seeing how they're doing," Pilkington said.

Pilkington will be entering his third year as a resident advisor for Gateway Hall. (Contributed Photo)

Pilkington will be entering his third year as a resident advisor for Gateway Hall. (Contributed Photo)

Pilkington also serves on the greeting team and leads a small group for FUSE, an ECU college ministry, and works as a park attendant for River Park North.

"We have our small groups during the week; we'll have around 10 to 15 guys and we'll read some scripture, discuss it and just have conversation with each other," Pilkington said.

During the ongoing COVID-19 pandemic, Pilkington said the hardest thing has been the transition to online classes and staying motivated to finish out the semester.

"When you're at home, it's way different because you can do your assignments and listen to lectures on your own time and it's so easy to push that stuff off until the last minute," Pilkington said.

In his free time, Pilkington enjoys playing disc golf, hockey and hanging out with his friends.

Pilkington is also a Chancellor's Fellow in ECU's Honors College. He said what drew him to ECU was a strong sense of family and community.

"I really like the community support here," Pilkington said. "You can do the things that you really like but also meet people that like those same things too."

What advice do you have for other students? Seek out new opportunities! You can only grow when pushed outside of your comfort zone so push yourself out of it and try new things! You'll never know what you like or don't like until you try it. Good quote by a professor, "If you aren't living life on the edge, you're taking up too much space." Life is short and life at college is even shorter. Make the most of your time here by exploring and figuring out who you are.

What is something cool about ECU that you wish you knew during your first year? I wish I knew how cool the North Recreational Complex was. I didn't go out there until sophomore year and I've gone out so many times since then. It's such an awesome place to go and hangout and do some cool activities! And it's completely free to students!

This Pirate loves the outdoors.