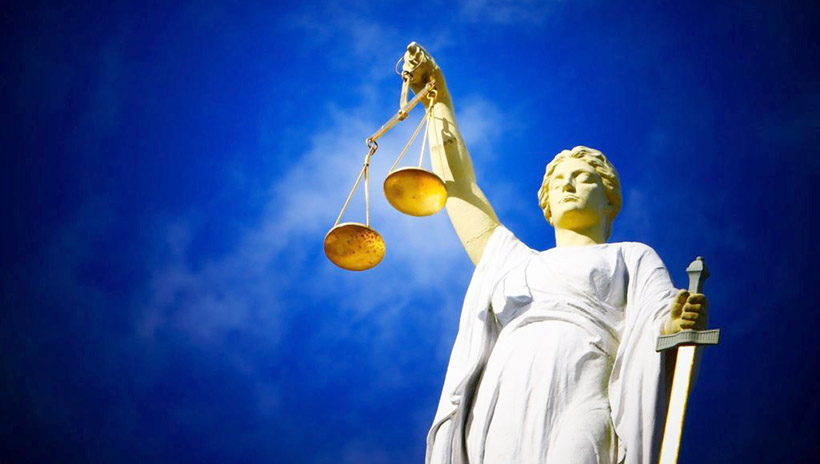 Checks and balances within our government's structure play an important role. When they work, they ensure no politician grabs more power than he's allowed to use.

But a lawsuit over Gov. Roy Cooper's COVID-19 executive orders reminds us that checks and balances can produce another positive result. They can steer political actors toward helpful cooperation and compromise. That's one of the lessons my John Locke Foundation colleague Jon Guze emphasizes as he contemplates Forest v. Cooper.

"This action is about the rule of law," Forest's complaint argues. "That the chief executive must follow the law is as old as the idea of the rule of law itself. The legal maxims rex legi subjectus est (the king is subject to the law) and lex non a rege est violanda (the law is not to be violated by the king) make this principle absolutely clear."

"He certainly does have a cause of action here," says Guze, director of legal studies at the John Locke Foundation. "I think it's a good thing he's filed this suit. I've been very unhappy with the way the governor has handled all of these executive orders, going all the way back to March."

"He's been abusing his powers under the Emergency Management Act," Guze adds. "I think all these orders are illegal, and it's about time somebody challenged them."

More than 50 years ago, state legislators used the Emergency Management Act to give the governor extra power during a declared emergency. The current COVID-19 pandemic fits the bill.

But Forest's suit contends that the act checks the greatest exercise of emergency executive power. That check requires Cooper or any other governor to submit his most controversial proposals to the Council of State, a 10-member group of statewide elected executive officers.

Forest is a member of that council. It also includes the secretary of state, attorney general, labor commissioner, and others. Republicans now hold six seats on the Council of State. Democrats hold four.

When Cooper issued an order in March shutting down in-restaurant dining statewide, the lawsuit contends, the governor ignored objections from the council's Republican majority. That was the last order the Democratic governor submitted for the bipartisan council's review.

The rule of law requires Cooper to follow processes and live with restrictions spelled out in the Emergency Management Act. But that's not the only reason why Guze endorses the check on executive power.

"I think we're lucky to live in a state where we don't have the unified executive," Guze said. "Executive power in North Carolina is distributed among a bunch of elected officers."

"There was a great opportunity here to do what hasn't happened anywhere in the country," he added. "If Roy Cooper had done what he was supposed to do under the Emergency Management Act and convened the Council of State, got everybody — people from all over the state, people from both parties — if everybody had been on board with what needed to happen in North Carolina, everything would have gone differently."

Perhaps Cooper would have been forced to present more evidence to justify his economic shutdown orders. Perhaps council members would have forced amendments or adjustments. But any executive action emerging from the process dictated by law would have had bipartisan input. All 10 people offering input would have answered directly to voters statewide.

"We would have much less polarization, much less opposition and resistance to these executive orders," Guze argues. "We'd feel better. We'd do better. It's a shame that didn't happen. It was a missed opportunity."

This observer knows some readers are likely to say, "What a shocker: Employees of a conservative think tank believe Republicans should be able to block a Democratic governor's actions."

But Guze's argument stands up to scrutiny, regardless of party labels. "Executive overreach is a bipartisan phenomenon," he said. "It doesn't really matter who's in the Executive Mansion or who's in the White House. Whoever is in the position of authority is going to reach for all the power they can."

"Fortunately for us, we live in a constitutional republic where there are checks and balances and limits on executive power," Guze adds. "In a time like this, when we don't really know how this pandemic is going to play out, we're going to need all the checks and balances we can get. This is the last time when we should put up with any member of the government violating the law."

"They're just people like the rest of us. They have to obey the law."

If Forest has his way, Cooper will learn that lesson in court.