USGA Deal at Pinehurst Is Cronyism at Its Worst, Experts Say | Beaufort County Now | It’s a beautiful day for golfing in Pinehurst, or so North Carolina’s politicians would have you believe.

USGA Deal at Pinehurst Is Cronyism at Its Worst, Experts Say 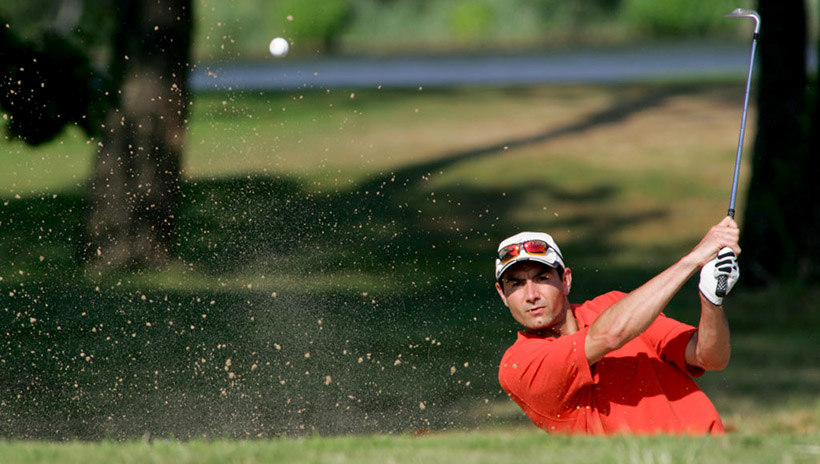 On Wednesday, Sept. 9, the U.S. Golf Association — already set to hold the 2024 U.S. Open at Pinehurst Resort — announced Pinehurst will be home to the Open again in 2029, 2035, 2041, and 2047. USGA also plans to move part of its official headquarters from New Jersey to North Carolina. It will build "Golf House Pinehurst," a visitors' center, museum, and research base.

But the announcement includes a million-dollar catch.

North Carolina will give USGA $18 million in incentives and millions of dollars in extra tax breaks. The deal, inserted into an existing House bill, swiftly passed both chambers of the legislature last week. Gov. Roy Cooper, a Democrat, immediately signed it into law. Lawmakers called it the Championship NC Act. In reality, it's a bipartisan package supporting crony capitalism, say John Locke Foundation researchers.

"I'm so tired of these things, I can't even work up fire for it," Joe Coletti, JLF's senior fellow for fiscal and tax policy, said after the USGA announcement. "This is the state helping Pinehurst Resort with something that was probably gonna happen anyway."

Coletti has spent countless hours tracking North Carolina's economic struggle through the governor's COVID-19 shutdown. In short, he's exhausted. And now, despite the state's significant tax losses and slumping economy, the legislature managed to scrape together enough money for a golf deal.

North Carolina will pay $3.6 million to USGA this fiscal year. To foot the bill, lawmakers pulled $3.5 million from the One North Carolina Fund — formerly dubbed "the governor's walking around money" — and another $100,000 from the Job Development Investment Grant. JDIG is a Commerce Department "discretionary fund" giving money to companies that bring jobs to North Carolina.

There's no guessing where the state will find the remaining $14.4 million, which it plans to pay USGA over the next four years, Coletti said.

Yet politicians, Republican and Democrat, were overjoyed during a Wednesday news conference with USGA. Cooper, House Speaker Tim Moore, R-Cleveland, Sen. Tom McInnis, R-Richmond, and Rep. Jamie Boles, R-Moore, were among those to praise the $18 million deal. It will bring money to the community and the state, they said. It will help North Carolina's struggling hospitality industry.

But not right away. Construction isn't set to start until 2022.

Meanwhile, that industry has been hit hard by Cooper's prolonged COVID-19 shutdowns.

About 169,500 hospitality workers remain unemployed, Cooper's office said Wednesday, pointing to the USGA deal as a boost for that economy. In March, restaurants, hotels, bars, and other recreational companies employed 535,800 people. More than half were laid off in March. Only 336,300 have returned to work, Cooper said. To date, bars, nightclubs, lounges, movie theaters, and music halls remain closed under the governor's executive orders. Gyms, bowling alleys, and other fitness centers were allowed to reopen this week. Restaurants continue to operate at only 50% capacity, as mandated by Cooper.

USGA plans to invest "up to $36 million" in its Pinehurst campus, Cooper said in a Wednesday news release. The organization will hire 50 people. At least 35 employees must be new hires, the The Championship NC Act stipulates, and all 50 employees must receive an annual salary of at least $80,000.

"Today's news will add new energy to the leisure and hospitality services and significantly contribute to the long-term recovery of that important segment of our economy," Commerce Secretary Anthony Copeland said.

The project will yield $2 billion for North Carolina's economy over 25 years, USGA estimates.

"None of these numbers are real, except for what's being paid out by the state," Coletti said.

USGA is legally required to spend just $5 million of its own money on the project, while North Carolinians remain on the hook for $18 million, said Jon Sanders, JLF's director of regulatory studies. The Championship NC Act carves out a benefit for the state, too, ordering USGA to provide the Commerce Department a "hospitality pavilion" at each men's championship.

"Defining it as a 'gift' lets the governor and legislators do a statutory Jedi hand wave and say it isn't a form of quid pro quo," Sanders said. "We (Lawmakers) gave them (USGA) $18 million, and out of the goodness of their hearts they just up and let us enjoy this large, catered gathering place at a major championship sporting event for free. Oh, but just men's championships, for some reason."

Thousands in North Carolina have lost their jobs amid the governor's shutdowns, employers face harsh restrictions in the name of COVID-19, and Cooper wrongly points to the USGA deal as a win for the state's economy, Sanders said.

"The same governor who has refused for half the year to fight tooth and nail to save their jobs wants praise for using money taken from taxpayers in this economy to bring 35 new hires to one of the state's wealthiest areas?" Sanders said. "That's the sort of blinkered arrogance one expects from a centrally planned police state, not North Carolina."

In 2019, USGA's revenue was $211 million, USA Today reported in February. The organization, which is a nonprofit, says most of that money is invested back into the sport. The median annual income for Pinehurst Village is $80,128, according to the most recent data from the U.S. Census Bureau.
Go Back