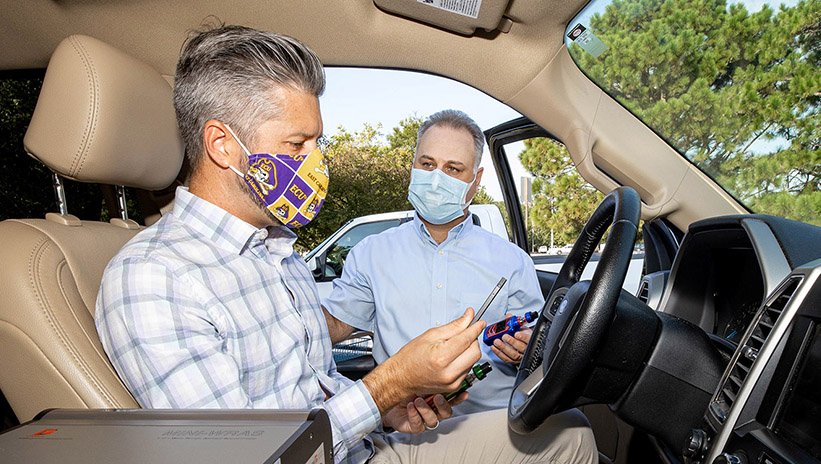 East Carolina University researchers have been awarded a National Institutes of Health grant to measure secondhand and thirdhand exposure to electronic cigarette use inside vehicles as well as conduct an in-depth study on users' behavior. 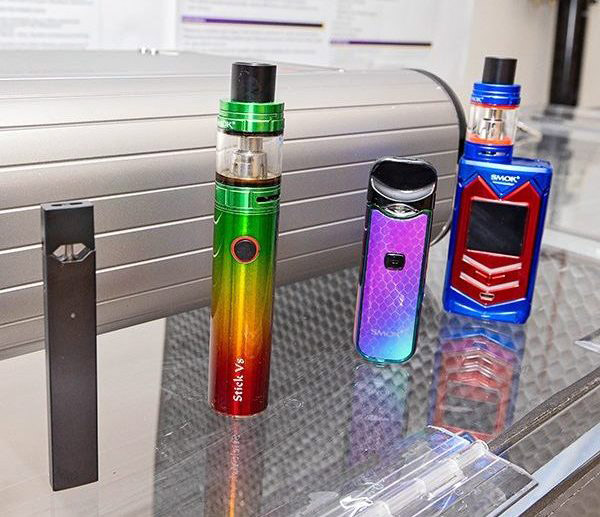 E-cigarettes are battery-operated devices that typically heat a liquid containing nicotine and chemical flavors to produce an aerosol, which is inhaled by the user. According to the Centers for Disease Control and Prevention, e-cigarettes are the most commonly used tobacco product among youth.

Despite the presence of harmful compounds in e-cigarette aerosol, many users perceive vaping as a safe alternative to smoking traditional cigarettes. As a result, indoor e-cigarette use is common around non-smokers and inside vehicles, according to the grant summary.

Researchers hope to learn more about the prevalence and types of e-cigarette use behaviors — such as having windows up or down or frequency use with non-users — that occur inside vehicles as well as the secondhand and thirdhand exposures resulting from different types of e-cigarettes.

"We know from previous research that while some people choose to avoid cigarette smoking inside of vehicles because of the smell or to prevent exposing children to secondhand smoke, many e-cigarette users believe vaping inside of vehicles is not harmful to others," Soule said. "We will be examining how e-cigarette use affects the air quality inside of vehicles and also measuring concentrations of chemicals deposited on surfaces of vapers' vehicles including nicotine, propylene glycol, vegetable glycerin, and tobacco specific nitrosamines, the latter of which are known to cause cancer."

The project will help to identify the potential risks of e-cigarette use in vehicles and inform prevention efforts to avoid unwanted harmful exposures.

"To the best of my knowledge, this is the first time both secondhand and thirdhand exposures are being measured inside vehicles," said Soule, assistant professor in the Department of Health Education and Promotion in the College of Health and Human Performance. "This is the first study to examine chemicals deposited on surfaces inside of vehicles. Particularly novel is comparing these data between different types of e-cigarette devices. Additionally, this will be the first study to conduct an in-depth examination of the types of e-cigarette use behaviors that e-cigarette users engage in inside of vehicles." 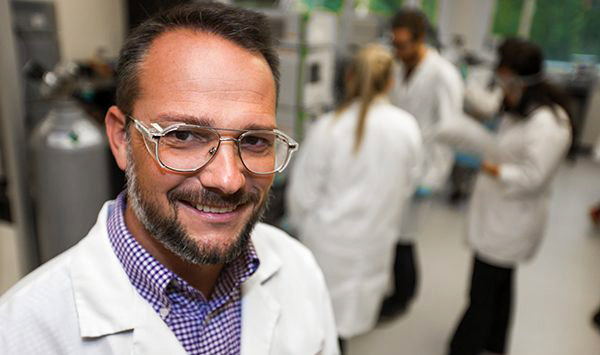 Goals of the study include:


Study participants will be recruited from the Greenville area. They will include users of "pod mod" and "third generation" e-cigarette devices as well as a control group of non-users with vehicles where no e-cigarette or tobacco use occurs.

Researchers expect to find that vaping inside vehicles will be common among e-cigarette users as well as associated with high concentrations of chemicals and particulate matter inside vehicles.

Pender will lead the chemical analysis of the samples collected from surfaces inside vehicles. Pender is principal research scholar and director of pharmaceutical training and laboratory services in the Department of Chemistry in the Thomas Harriot College of Arts and Sciences.

Sousan is assistant professor of public health in the Brody School of Medicine and a faculty researcher at the North Carolina Agromedicine Institute. He also is affiliated with the Department of Health Education and Promotion.

Researchers plan to involve undergraduate students, who will be recruited soon to work on the study.