Published: Thursday, September 24th, 2020 @ 2:30 am
By: Carolina Journal   ( More Entries )
Publisher's Note: This post appears here courtesy of the Carolina Journal. The author of this post is Julie Havlak. 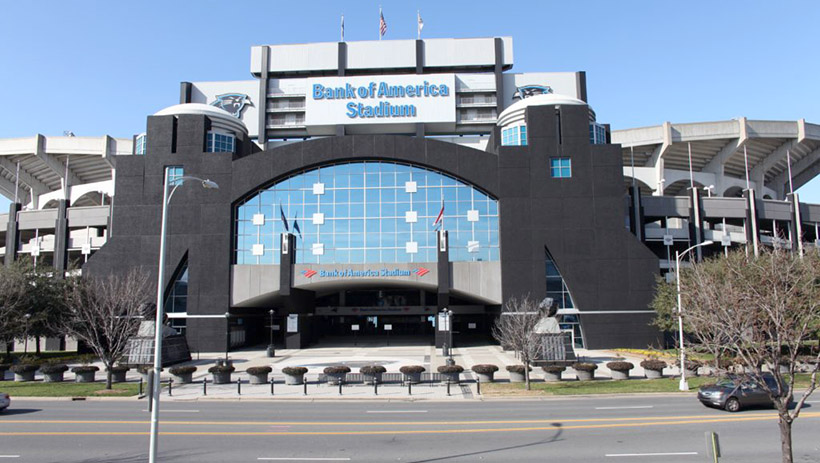 Gov. Roy Cooper plans to allow fans at Bank of America Stadium in Charlotte and other outdoor entertainment venues.

Cooper plans to move the state toward Phase 3 of his COVID-19 limits Oct. 2, when large outdoor event venues could reopen to 7% of capacity, Cooper announced in a news conference Tuesday, Sept. 22.

Cooper said it was "likely, very likely" that next week he would reopen outdoor venues that seat more than 10,000 people. But he made no guarantees. Instead, he cited his continued surveillance of the state's trends. Nor did he clarify how far the state would progress toward Phase 3.

"We hope and believe that this large event issue will be in that executive order," Cooper said. He says that the announcement aimed to give stadiums time to prepare safety measures.

The Carolina Panthers don't return for a home game until Oct. 4, against the Arizona Cardinals.

Cooper has banned outdoor gatherings of more than 50 people as part of his COVID-19 lockdown. Spectator sports are included in that ban. He faced heat by denying a direct appeal from University of North Carolina players' parents to attend the Tar Heels' Sept. 12 home opener.

N.C. State University football parents were luckier. At first, he let the university issue only 50 tickets for the Sept. 19 game at Carter-Finley Stadium. The governor relented after parents signed a petition asking to watch their children play in person. Cooper then allowed a total of 350 spectators inside a stadium that can seat 57,583 fans. N.C. State gave its opponent Wake Forest University 100 of those tickets.

The Panthers already played a virtual offseason season during the spring and summer. The stadium has remained closed since March. But the NFL has lifted its mandate banning in-person attendance, and now states and local officials can decide whether to reopen stadiums to the public.

Bank of America Stadium can seat 75,523 people. Cooper's rules will allow 5,286 fans inside the stadium.

The NFL and local stadiums are facing a steep cost from the pandemic's shutdowns. Forbes warns that the NFL could bleed 38% of its total revenue if it plays the 2020 season without fans in the stands.

The Carolina Panthers stand to lose an estimated $143 million, or 34% of its total $424 million revenue, according to Forbes.

Other states have begun reopening their stadiums with capacity restrictions. Several teams across the Midwest now play with fans in the stands. Florida and Colorado are also reopening stadiums.

Cooper's capacity restrictions are stricter than those levied by some other states. Only stadiums that can seat more than 10,000 people can qualify for reopening under the next phase. Smaller stadiums remain out of luck.

Kansas City allowed up to 17,000 fans inside its Arrowhead Stadium on Sept. 10. Other states are following in its footsteps. The Miami Dolphins' home stadium will allow fans to fill 20% of its 65,326 capacity. The Tennessee Titans, Indianapolis Colts, Cincinnati Bengals, and Cleveland Browns all plan to allow fans to watch games in person. Some will restrict attendance to a few thousand. Others are more ambitious, according to ESPN.

"We hope to ease some other restrictions, while keeping safety protocols in place," Cooper said.

Cooper didn't immediately answer a reporter's question to say whether he had found new cases from reopening gyms. Nor did he say how this would affect the timeline to reopen bars. But when the reporter pushed, state health secretary Dr. Mandy Cohen said she hadn't seen any outbreaks linked to gyms yet.

Also at the news conference, Cooper announced the rollout of a new cellphone app that would enable contact tracing of COVID-19 infections.

He made $40 million available from the N.C. Mortgage, Utility, and Rent Fund to give grants of up to $20,000 to venues closed during COVID-19. The money could offset applicants' rent, mortgage, or utility payments.
Go Back