Published: Friday, October 2nd, 2020 @ 11:51 am
By: Carolina Journal   ( More Entries )
Publisher's Note: This post appears here courtesy of the Carolina Journal. The author of this post is John Trump. 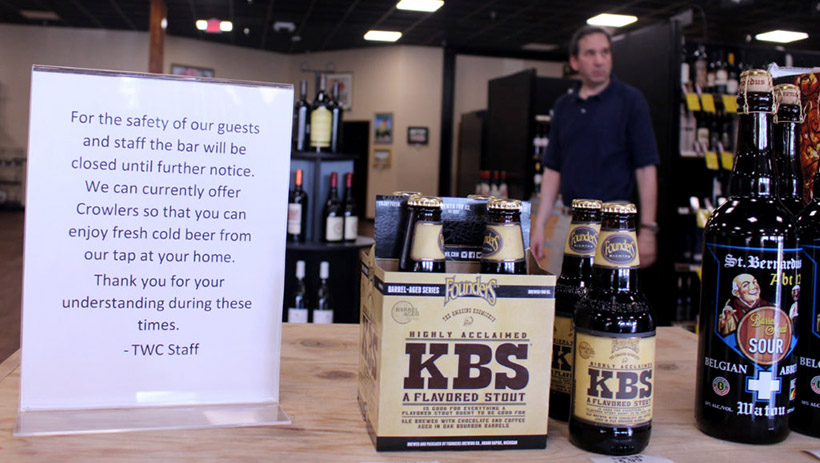 The Triangle Wine Company, a multi-location, local bottle shop, closed its bar and was forced to lay off some staffers | Photo: Rachel vachon

Gov. Roy Cooper may announce the reopening of private bars, as early as Friday.

But at severely limited capacity.

Cooper is expected Wednesday, Sept. 30, to move the state into Phase 3 of his lockdown edicts, when large outdoor event venues can reopen at 7% of capacity. He announced that move Sept. 22.

The governor might reopen bars at about 30% capacity, and only for outdoor seating, bar and tavern owners say on social media. Private bars in North Carolina have been closed since March — 196 days and counting. He may also announce he's reopening movie theaters, again at limited capacity and with mask requirements.

Some bars, though, have decided to close for good, and many are teetering toward bankruptcy. Others won't recover even if Cooper grants them permission to open tomorrow. Owners are frustrated and angry.

It's getting colder, so the outdoor mandate poses several issues. Many bars don't have outdoor seating, and heating the area — with portable heaters, for instance — could be too costly, considering capacity limits and fuel costs.

Zack Medford founded the N.C. Bar and Tavern Association. In a Facebook post Tuesday, Sept. 22, Medford said members of the group and people from Cooper's office have had "several productive talks."

Yet Cooper passed on the move last week.

The bar owners have twice protested in front of the Executive Mansion in downtown Raleigh. Owners, in videos and social media posts, have pleaded with the governor to open.

Critics of the governor say he keeps moving the targets for reopening, even as his science and data show positive tests have fallen to about 5%, which was supposed to be the goal. He has reverted to other reasoning, saying breweries have higher ceilings, and he and health officials want to see a decline in visits to emergency rooms by people complaining of symptoms that may or may not be COVID-19.

The NCBATA has posted on its website detailed guidelines for reopening, including mandatory face coverings, as well as social distancing and cleaning measures. North Carolina is just one of a small handful of states that refuses to open bars, or even defer to local officials, according to a chart posted on an NCBATA Facebook page.

When Cooper, a Democrat, ordered a statewide lockdown in response to the pandemic, it was part of a three-part plan, he said then, to "flatten the curve" and to prevent overwhelming hospitals with patients. Cooper in May enacted a modified Phase 2, opening restaurants, breweries, hair salons, tattoo parlors, and other businesses at limited capacity. Cooper on Sept. 1 reopened gyms and playgrounds, for example, but myriad businesses, including bars, smoking lounges, and theaters, remain closed.