State Elections Board Certifies Most Results as Chief Justice Recount Continues | Beaufort County Now | The State Board of Elections made it official. But not without a bit of controversy.

Published: Sunday, November 29th, 2020 @ 9:50 am
By: Carolina Journal   ( More Entries )
Publisher's Note: This post appears here courtesy of the Carolina Journal. The author of this post is Rick Henderson. 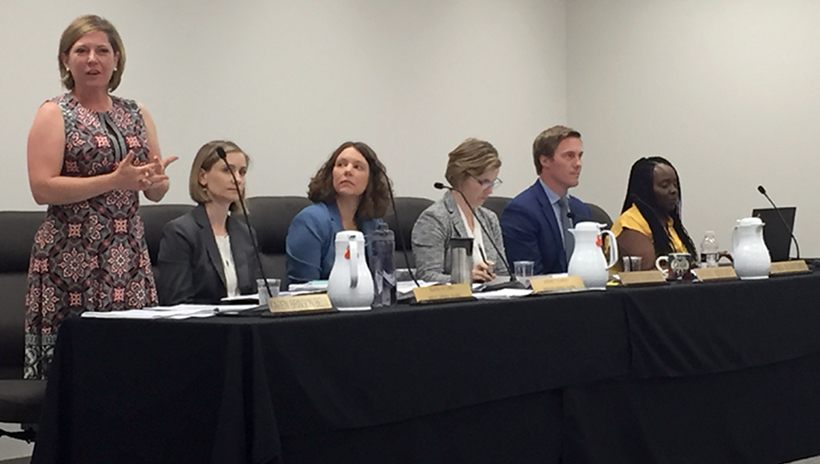 The State Board of Elections made it official. But not without a bit of controversy.

The board certified results of the 2020 election during a virtual meeting Tuesday, Nov. 24. More than 5.5 million North Carolinians cast ballots. All three Democratic members and Republican Stacy "Four" Eggers voted to certify.

"From the Grape Creek precinct in Cherokee County to the Stumpy Point precinct in Dare County, election officials worked countless hours in 2020 so voters could cast their ballot without fear of disease," Executive Director Karen Brinson Bell said.

Republican Tommy Tucker, a former state senator from Union County, was the lone no vote. In a lengthy address to the board, Tucker didn't challenge the results of the election. Instead, he chided Brinson Bell and the board's top lawyer Katelyn Love for arranging a secretive deal in September with Democratic super lawyer Marc Elias. The deal extended the period after the election the board could accept and count mail ballots from three days to nine.

Tucker said the deal violated the U.S. Constitution's Elections Clause, which places the legislature in charge of setting elections rules. A federal lawsuit challenging the deal died in late October, when a 5-3 majority of the U.S. Supreme Court refused to enforce the three-day deadline set in state law.

President Trump will get the state's 15 Electoral College votes, although former Vice President Joe Biden is expected to become the 46th U.S. president.

The board delayed certifying a handful of races in until protests or other challenges were resolved:


The margin in the chief justice contest remains razor-thin. As of 3:45 p.m. Tuesday, 68 counties had reported results of the judicial recount. Republican Justice Paul Newby led incumbent Democratic Chief Justice Cheri Beasley by 426 votes. The state board gave counties until the end of the day Wednesday to complete their recounts.

Beasley and Newby had filed challenges in most N.C. counties for ballots the campaigns said were wrongly excluded (Beasley) or included (Newby).

Beasley said some 3,200 absentee or provisional ballots, nearly all from Democrats, had been rejected by local boards — all of which are under Democratic control.

The Newby campaign challenged more than 3,500 mail ballots which were allegedly accepted and counted between Nov. 7 and Nov. 12. Those ballots were allowed as the result of the deal Tucker objected to.

In a news release, the state board reported record turnout of 75.4%. More than 3.6 million votes were cast during the early voting period, a record 1 million absentee ballots were mailed and counted, and roughly 900,000 people voted on Election Day.

Even so, the board said, no clusters of COVID-19 were linked to any voting site in the state.
Go Back