We are in a constitutional crisis over the 2020 election. The question is: How do we come out of it? 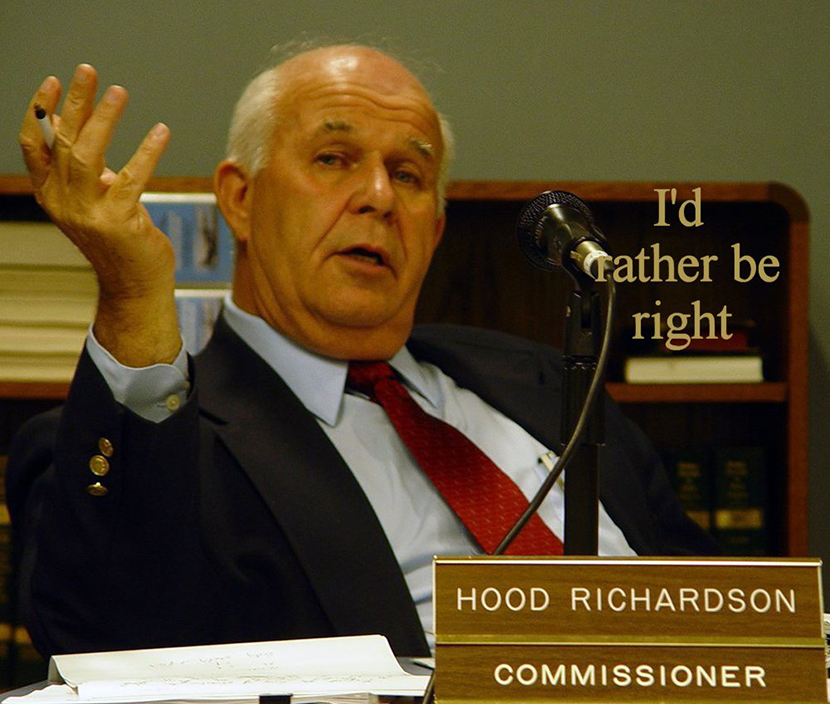 We are in a constitutional crisis over the 2020 election. The question is: How do we come out of it?

Our three branches of government are intended to keep one branch of government from assuming control of the entire government. The three branches are intended to balance and cross check each other. The Supreme Court is isolated from dependency on inter actions with the other two branches those being the executive (the President) and Congress, the Legislative Branch. Power in naming Justices is shared between the Executive and the Legislative Branches.

The Supreme Court handles issues that affect the nation as a whole and rarely gets involved in single state issues that are not tied to a national issue. For example, if there were no Federal laws on abortion, the Supreme Court would leave the abortion issue to the individual state courts. Roe v. Wade is based on the Fourteenth Amendment of the Federal Constitution, which meant that it applied to all of the states.

The Crisis goes like this. The U. S. Constitution assigns the governance of elections to the states. In recent years that has been changed to make the Federal government responsible, in part for Federal elections. Several states have, within the past year, passed laws and rules that drastically affect the 2020 election of the President of the United States. It is alleged, and most of us believe, these laws and rules have been used for corrupt purposes. That is, a lot of fraudulent votes were cast.

Why do some candidates run as Republicans and then vote with the Democrats?

This is a Federal issue. It involves the entire United States.

The Trump campaign has filed lawsuits in these states and state courts have struck down all the lawsuits. State courts used flimsy excuses like "you did not file in time." There is a lot of law on the timely filing issue. One argument is: can you file a law suit before damages can be proved?

There is a part of the Constitution that leaves elections up to the states. I have no issue with this. We do not need to Federalize elections. But, states are expected to hold honest elections. Can three or four states using corrupt practices swing a presidential election? Overriding the state's control of elections is the fact that presidential elections, which are held in all states at the same time, are a concern of the Federal Government and therefore the Supreme Court has some jurisdiction. Moreover, Article IV requires that the Federal government guarantee each state a "republican form of government." That is, that it is the duty to ensure that each state allows the people to elect their representative that will govern them. There is very little law on the Guarantee Clause but the implication is that it includes insuring fair and honest elections.

Politics are involved even with the Supreme Court. For one thing the Court has to decide, is an issue of enough national importance for the Court to hear it...sometimes called the Federal Issue Test. Then the Court has to decide when to hear it. Lawyers say the case must the "ripe." In this case the Court has to be aware, if heard before the inauguration, that certain decisions will cause votes to change in the several states in question and possibly shift enough electoral votes to Trump so that he remains in office.

If the Court refuses to hear the matter, every United States citizen's constitutional rights have been damaged. We expect fair and honest elections. Refusal to hear charges of fraudulent 2020 elections puts a stamp of approval on future fraudulent election practices. Rest assured elections in the United States would never again be free and fair if the taint of this election is not cleared up by the Supreme Court. The biggest crooks will win every time and Americans will stop voting.

The Electoral College meets on December 14 to vote on the President and Vice President. If the electors from states that had massive voter fraud are allowed to vote then one can reasonably argue that the election is not legitimate because the electors were not duly elected. The selection of the next President may then be put in the hands of the House of Representatives. But interestingly, if the House selects the President and Vice President the members vote within their state delegations and each state get one vote, however the delegation voted. To win would require 26 or more votes.

Whatever happens, one thing seems to be certain to me. That is, we must have elections that not only are legitimate but that the people perceive as legitimate. Our Republic depends on that.

Presuming the Court agrees to hear these cases, the Court is faced with another big decision. Timing. Do they hear the cases quickly so as to rule on the 2020 elections or do they postpone the hearings

until after the inauguration. Timing is a huge issue if you believe in free and fair elections without fraudulent votes

The Court may argue for hearing after the inauguration that "splitting the baby" will give them time to adequately hear arguments and consider remedies---for the future. We all know what happens when "the baby is split". The same damage is done as if the Court decided not to hear the cases at all.

There is no doubt that corrupt governments have brought in late vote counts over many years. The reason for being late is so officials can decide how many votes they need for their candidate to win. This works very well if the candidate only needs a few votes. Sometimes there are not enough voters in the several late counties to get their man elected. We have several counties in North Carolina that are always late and they are all run by Democrats. The solution to this form of corruption is for the Court to rule that election day ends on election day. Those who are late counting face fines, penalties, severe audits, and jail time.

There are problems with the mass distribution of ballots. This is easy to fix, if the Court will rule that a written request for an absentee ballot must be made with proper identification and signatures. The request must be justified, absentee voting not just a convenience.

Shorten early voting. Require photo identification of all who vote. If you have to have identification to drive a car and collect welfare, you need it to vote. Jesus Christ was born during a mandatory show up to pay Roman taxes. So why cannot US citizens with much better transportation show up on election day.

This crisis is very real. The Supreme Curt has an opportunity to stand up and do its job or go political and become a part of the Washington Swamp.

A quick hearing returning us to free and fair elections will preserve this nation and our Constitution. Anything short of a hearing before the inauguration with decisions against these fraudulent activities will serve the socialists and communists.

All Supreme Court Justices are appointed for life to insure that they can be free and independent in all of their decisions. The founders intended that the Supreme Court stand up and do the right thing on all occasions. However, plenty of Justices have missed this point and brought their own axes to grind. Based on past experience the most we can hope for is that the majority of the Court will do the right thing.

This sitting Court has the opportunity to make or break the United States of America.
Go Back