CJ Politics Week in Review, Dec. 14-18 | Beaufort County Now | Each week, staff at Carolina Journal looks back at the week in N.C. politics and chooses several interesting, relevant stories you may have missed. | carolina journal, politics, week in review, december 18, 2020

Published: Monday, December 21st, 2020 @ 10:06 am
By: Carolina Journal   ( More Entries )
Publisher's Note: This post appears here courtesy of the Carolina Journal. The author of this post is AUTHORNAME. 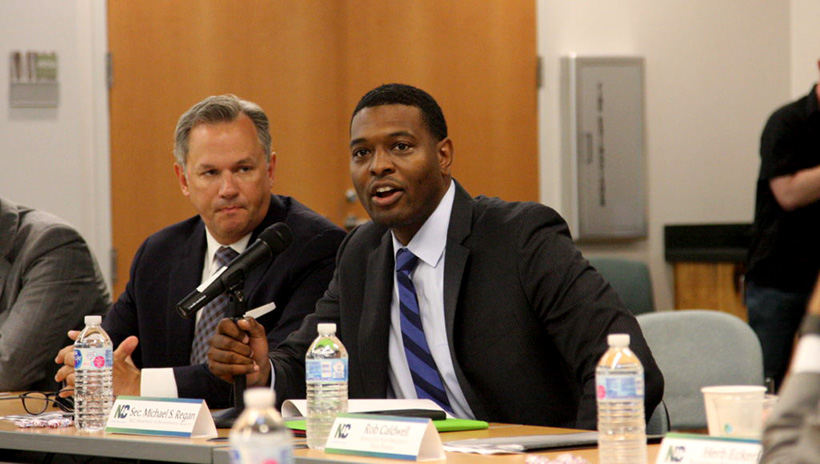 Biden appointee: The Biden administration is tapping North Carolina's top environmental official to lead the Environmental Protection Agency, according to multiple reports. Michael Regan, secretary of the N.C. Department of Environmental Quality, was nominated as the next EPA administrator, reported McClatchy and The New York Times. Regan created part of North Carolina's Clean Energy Plan, which called for drastically cutting greenhouse gas emissions in the private sector by 2030. The plan hoped to achieve carbon neutrality by 2050. Regan also won a legal settlement from Duke Energy, which agreed to excavate almost 80 million tons of coal ash.

Rumor mill: Regan isn't the only North Carolinian potentially in line for a top job with the Biden administration. Black higher education leaders are pushing the president-elect to nominate Rep. Alma Adams, D-12th District, as secretary of education. N.C. Director of Emergency Management Mike Sprayberry also is on a short list of candidates to run the Federal Emergency Management Agency, The Insider reports.

Cooper pardons: Gov. Roy Cooper issued the first pardons of innocence of his administration this week. Cooper pardoned Ronnie Wallace Long, Teddy Lamont Isbell, Sr., Damian Miguel Mills, Kenneth Manzi Kagonyera, and Larry Jerome Williams, Jr. All were convicted of crimes they didn't commit. Long spent 44 years behind bars after being falsely charged with rape and burglary. A news release from the governor's office says the five men can apply for restitution for being wrongly convicted of felonies.

Pirate chancellor: Philip Rogers was named East Carolina University's 12th chancellor Thursday, Dec. 17. A Greenville native, Rogers was ECU Chancellor Steven Ballard's chief of staff from 2008-13. He returns to ECU from the American Council on Education, where he's senior vice president for learning and engagement. He has a bachelor's degree from Wake Forest University, a master's from UNC-Chapel Hill and a doctorate from the University of Pennsylvania.

Back to virtual: Children in Wake County won't go back to school in the first weeks of 2021. The Wake County school board unanimously decided to cancel in-person classes from Jan. 4 to Jan. 15, 2021. Some 157,000 students will be forced back online, with the hope of returning to the classroom on Jan. 20. School officials said they expected a spike in coronavirus cases from the Christmas holidays, and worsened staffing shortages from COVID-19 quarantines. Wake County isn't alone. Johnston County, Granville County, and Charlotte-Mecklenburg schools have already scheduled a return to online learning for the first weeks of 2021.

First vaccines delivered: North Carolina got its first doses of coronavirus vaccines this week. The first doses went to medical employees and staff who work with COVID-19 patients at Duke Health in Durham, Atrium Health in Charlotte, and Wake Forest Baptist Health in Winston-Salem. Last weekend the U.S. Food and Drug Administration approved the Pfizer vaccine for emergency use. States received the first shipments days later. More than 50 hospitals across North Carolina expected a total of 85,800 doses of the vaccine this week. North Carolina plans to prioritize vaccinating health care workers and long-term care residents. The Pfizer vaccine was 95% effective at preventing symptomatic COVID-19 in clinical trials. But state officials warn that it will be months before the vaccine is readily available.

Students to get all As: The pandemic has upended yet another part of students' education. Durham Public Schools will give all students an A on their state-mandated final exams this semester. The N.C. Department of Public Instruction uses the exam to measure student's aptitude in math, English, and biology. The school board decided to create an adjusted grading scale of 90 to 100 for the End-of Course and Career and Technical Education exams.

Freshman leader: Republicans chose Rep.-elect David Willis, R-Union, as Freshman Leader for the 2021-22 legislative session. He will lead the 13 incoming representatives in the Republican caucus. Willis owns and operates a local preschool. He has lived in western Union County for almost 20 years. "I am excited about this opportunity to serve in leadership and help my fellow freshman colleagues be successful," said Willis in a news release. "My goal is to be a strong and effective voice in Raleigh for the hard working families in my district and across the state. I look forward to working with my colleagues to make sure we have a successful legislative session."

With additional reporting by Rick Henderson.