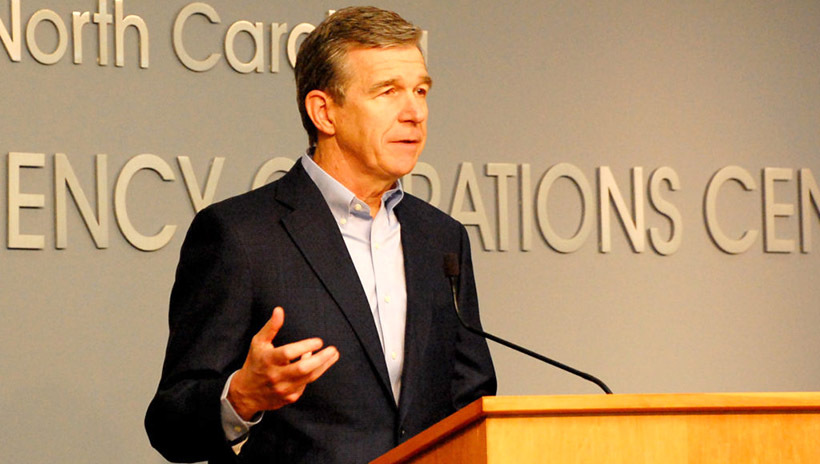 Gov. Roy Cooper won a second term. But he had no coattails.

Republicans picked up four seats in the state House and lost only one state Senate seat. With Cooper officially a lame duck, the GOP's 2021 legislative majorities — 69-51 House, 28-22 Senate — put them within a handful of votes of overriding Cooper vetoes if the governor again chooses not to negotiate with General Assembly Republicans.

It's impossible to say how much leverage Cooper would continue to have with moderate Democrats whose constituents may back center-right proposals. He'll need all he can get. House Speaker Tim Moore, R-Cleveland, would need to gain support of three Democrats to reject a Cooper veto. Senate leader Phil Berger, R-Rockingham, would need only two Democrats to join a solid Republican caucus vote.

It's time to amend the Emergency Management Act, among other legislative priorities to rein in regulatory overreach.

In May, Jon Guze, John Locke Foundation director of legal studies, addressed Gov. Roy Cooper's orders at the start of the COVID-19 pandemic.

Cooper's lockdown orders, including closing schools and businesses, mandating masks and implementing curfews and stay-at-home edicts — among other sundry moves — were made unilaterally, without concurrence from the 10 elected members on the Council of State.

N.C. General Statutes list the powers specifically delegated to the governor in a declared emergency, Guze wrote. "Nothing on that list comes close to giving him the power to shut down businesses or force people to shelter at home," he says.

Yet that's what has happened, as Cooper navigated a legal morass in which he effectively took sole authority in issuing the suppressive emergency orders. It's a clear abuse of power, which continues despite several lawsuits seeking to curb Cooper's dictatorial tendencies.

"The Emergency Management Act requires concurrence by the Council of State for a reason," Guze wrote then.

"Even in an emergency, we don't want the governor to wield unchecked, unlimited, and near-dictatorial powers ... . Because it is made up of 10 independently elected officials, the Council of State is, by its nature, less partisan and more representative than the office of the governor, and in a time of emergency, representative, nonpartisan decision-making is exactly what is needed to win the public's confidence.

Guze says the General Assembly should amend the governor's emergency powers, among other things, to prevent him from imposing "sweeping, statewide lockdowns or other extreme emergency measures without Council of State concurrence."

Legislative priorities in the regulatory realm also include, but are certainly not limited to, ensuring donor privacy, fostering a market for affordable housing by reforming zone laws and reducing unnecessary building codes, protecting property rights through a constitutional amendment, and promoting worker freedom.

The idea of promoting people's right to work is defined in the N.C. constitution, and lawmakers would also do well to focus on recognizing occupational licenses — for hairstylists or massage therapists, for instance — issued in other states.

Public-sector unions, as they relate to people's right to work, are central to some of the most contentious public policy issues in contemporary America, writes Dr. Terry Stoops, JLF vice president of Research and director of Education Studies.

The General Assembly in 1959 approved a ban on collective bargaining by public-sector employees.

Still, unions — public and private — are trying to slink into North Carolina, one of the least unionized states in the country.

"Amidst the resurgence of union activism and riding the wave of public favorability," writes Stoops, "efforts to repeal North Carolina's collective bargaining statute were renewed by Democratic legislators in the North Carolina House and Senate." In 2019, Rep. Zack Hawkins, D-Durham, and Sen. Wiley Nickel, D-Wake, filed identical bills to repeal the collective bargaining statute, "which have failed to reach the governor's desk even in years with Democratic control of the legislature and governor's mansion."

Lawmakers must remain vigilant against union creep. They should also focus on supporting law enforcement by re-evaluating qualified immunity and expanding it to all elected officials, as well as increasing funding for law agencies.

Other legislative priorities include reforming the state's antiquated Alcoholic Beverage Control system, maintaining a proper balance of authority between state and local governments, ensuring farmers can sell their products through access to markets, and increasing broadband connectivity in rural communities.

A couple of ways to enhance the expansion of broadband involves promoting private enterprise and simplifying the process to build wireless infrastructure.

Leaders in the General Assembly and governor said recently they have reached a deal to ensure $30 million for the GREAT rural broadband program.

GREAT is an acronym for Growing Rural Economies with Access to Technology, which provides matching grants to internet service providers and electric membership cooperatives to provide broadband in poorer or rural areas.

The issue of broadband funding became a point of confusion last month after a group of lawmakers wrote Cooper asking why he seemed to have pulled $30 million in funding for the broadband grant program. Part of the confusion came over federal rules regarding deadlines for spending the money.

The legislature will vote on a bill early next year to redirect the $30 million in freed up General Fund dollars to the GREAT program.

"Expanding access to rural broadband is a shared priority, and I'm glad we could successfully resolve this issue," Senate leader Phil Berger, R-Rockingham, said in a news release.