Published: Monday, February 8th, 2021 @ 9:50 am
By: Carolina Journal   ( More Entries )
Publisher's Note: This post appears here courtesy of the Carolina Journal. The author of this post is John Trump. 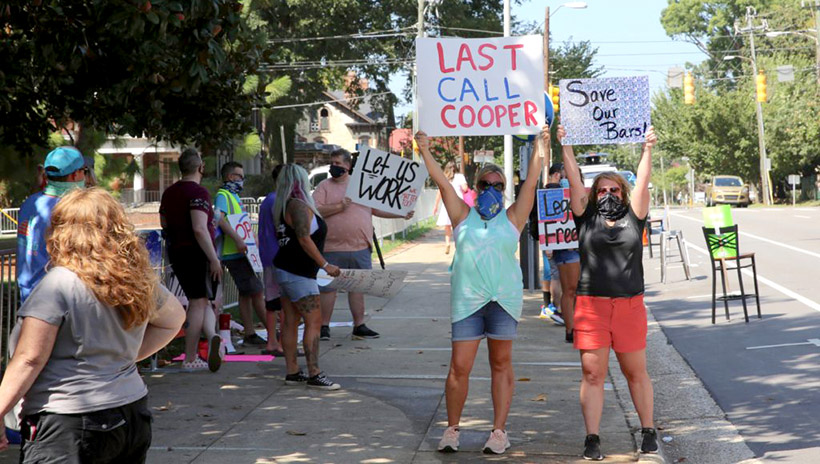 The measure, House Bill 4, applies to businesses hurt by the governor's executive order restricting travel and business operations, and mass gatherings. Payment of fees — according to the proposed committee substitute for the bill — "shall not be required until 90 days after the date all executive orders responding to the COVID-19 pandemic and limiting the full operation of the permittee are rescinded or expire."

Further, the N.C. Alcoholic Beverage Control Commission would reinstate or reactivate any permits it canceled or moved to inactive status. Permit holders closed during the pandemic could seek refunds of fees paid in 2020-21.

Rep. Tim Moffitt, R-Henderson, a primary sponsor of the bill, said to expect an active biennium on issues related to legislation pertaining to alcohol and the state-run system.

H.B. 4 advances to the House committee on rules and operations.

More than 120 bars across North Carolina in January lost their licenses because they hadn't paid fees to the state. Most fell behind on their fees because they were out of money; Gov. Roy Cooper had shut down all private bars as part of his COVID-19 regulations.

The General Assembly had passed a law delaying the deadline for paying license fees for 90 days, but that period passed, and private bars — unless they had outdoor seating — remained closed. The ABC started suspending or revoking permits Jan. 4.

The ABC quickly walked back its decision about the licenses after hearing from bar owners, as well as lawmakers, including Moffitt. As part of the agreement, bar owners not only will be able to keep their licenses but also will have any late-payment penalties waived.

The new bill, though, would cement the deferrals in law. The aspect of the bill addressing bars affected by the executive order would be retroactive to June 30 of last year.