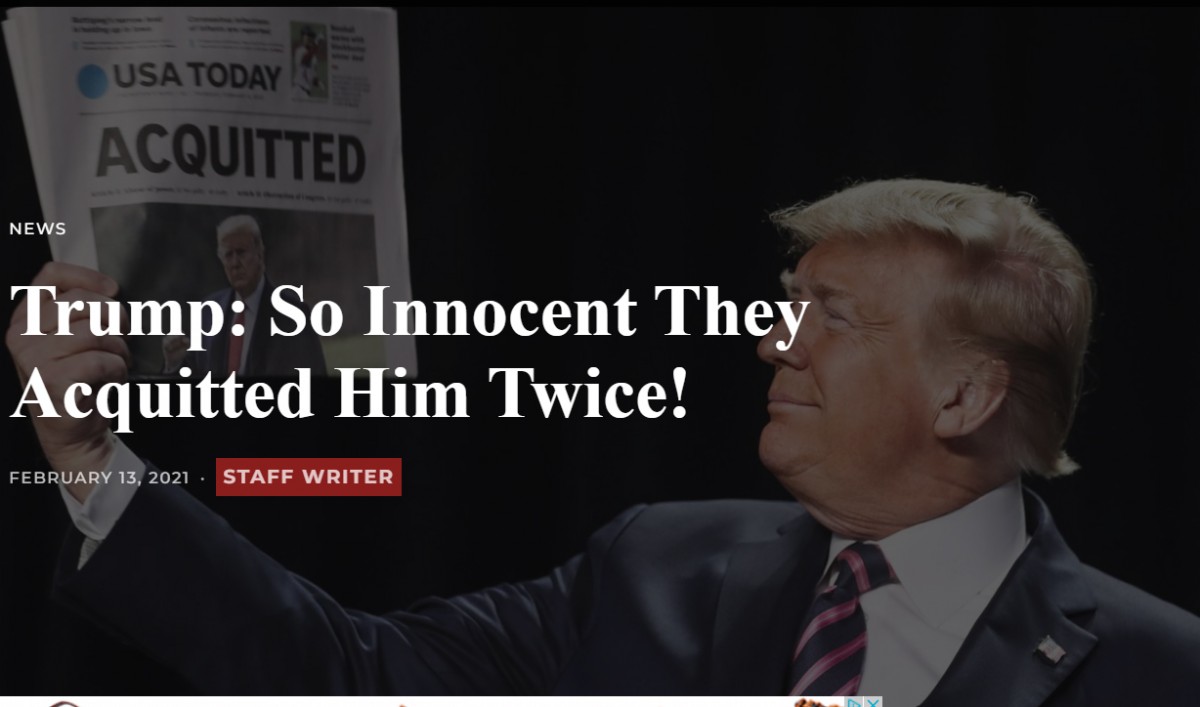 The National Pulse is reporting:

The vote ended 57 – 43 in the United States Senate following a day of drama surrounding witnesses in the U.S. Capitol, meaning the Democrat House impeachment managers failed in their bid to have the former President stripped of his right to run again in 2024.

An impeachment trial requires a two-thirds vote to pass.

One semi-surprise vote to find President Trump guilty was Republican Senator Bill Cassidy of Louisiana, who had hinted at such a change in his thinking earlier this week.

Following on from the morning’s confusion – where Democrats first claimed they wanted to drag the trial on for weeks by calling witnesses – the House impeachment managers quickly changed tactics again and rushed towards a vote on the Senate floor this afternoon.

Original source:  Trump: So Innocent They Acquitted Him Twice! (thenationalpulse.com)