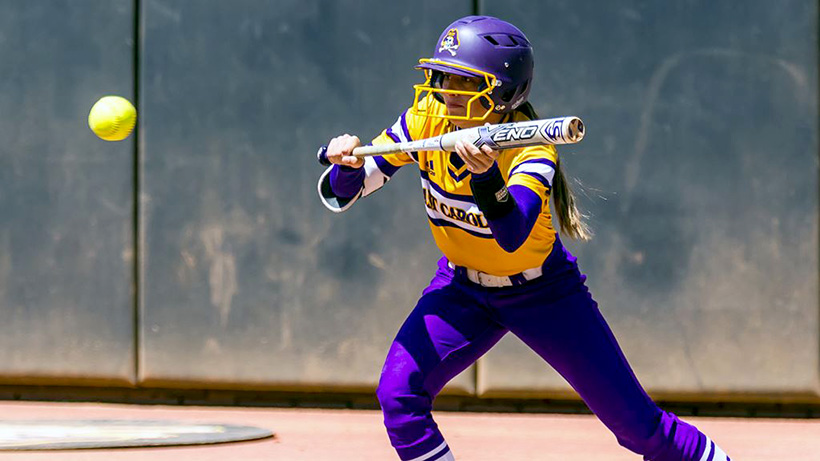 The teams will play a doubleheader beginning at 1 PM on Saturday before wrapping things up with a single encounter Sunday at Noon.

It is the first appearance for ECU inside the friendly confines since Chandley Garner and Tate McClellan hit back-to-back home runs in the eighth inning to lift the Pirates past Towson by a 6-5 score back on Feb. 23, 2020.

East Carolina dropped its first midweek game of the campaign Wednesday at Charlotte, seeing the 49ers score three runs in the bottom of the seventh to rally for a 5-4 win.

Senior outfielder Olivia Narron finished the day 3-for-4 while junior infielder Chandley Garner and freshman outfielder Logyn Estes rapped out a pair of base knocks apiece.

Junior RHP Erin Poepping (1-1) took the loss, giving up one earned run on a base hit with a walk in the seventh frame. Classmate Kama Woodall fell just short of her third complete game of the season, surrendering four runs (all earned) on seven hits with two walks and three strikeouts.

Narron ranks third in the American Athletic Conference and 53rd nationally with a .542 batting average while also leading the league in hits (13) and sacrifice bunts (3). She is also tied for first among AAC players in runs scored (11) and triples (1). Sophomore infielder Bailey Ledvina, who has a league player of the week accolade in her possession already this season, owns a .391 batting average with nine runs scored, four home runs and nine RBI.

In the circle, junior Kama Woodall boasts a 3-0 record with a 2.33 earned run average and 10 strikeouts in 24 innings pitched. The righty is also holding opposing bats to a .239 average while slotting second in the American Conference in both innings pitched and victories.

The Pirates, 5-2 overall, are off to their second-best seven-game start under head coach Courtney Oliver in her six seasons. The club is hitting .330 as a team with eight doubles, one triple, eight home runs, seven stolen bases and a .968 fielding percentage. The pitching staff sports a 3.86 ERA with 33 strikeouts against 23 walks in 45.1 innings of work.

Scouting Ohio     The Bobcats began their 2021 campaign with a doubleheader at Tennessee Monday. The Volunteers won game one by a 7-1 margin before run-ruling Ohio 11-2 in five innings in the nightcap. During the twinbill, the Bobcats hit .171 (7-for-41) with two doubles and a home run. Allie Englant and Caitlin Fogue notched a pair of base hits apiece while Madi McCrady tossed a team-high four innings — surrendering seven earned runs on six hits with three strikeouts and two walks.

The Ohio Series     East Carolina has the upper hand in the series with Ohio, leading the Bobcats 19-10-2. The clubs most recently met back in 2018 at the JMU Invitational in Harrisonburg, Va., where the Pirates emerged with a 9-2 victory. ECU has captured 11 of the last 14 encounters dating back to 1993.

Up Next     East Carolina makes the short trip over to Buies Creek for a midweek matchup with Campbell. First pitch inside Amanda Littlejohn Stadium is set for 5 PM