Published: Thursday, March 18th, 2021 @ 11:38 am
By: Carolina Journal   ( More Entries )
Publisher's Note: This post appears here courtesy of the Carolina Journal. The author of this post is Dallas Woodhouse. 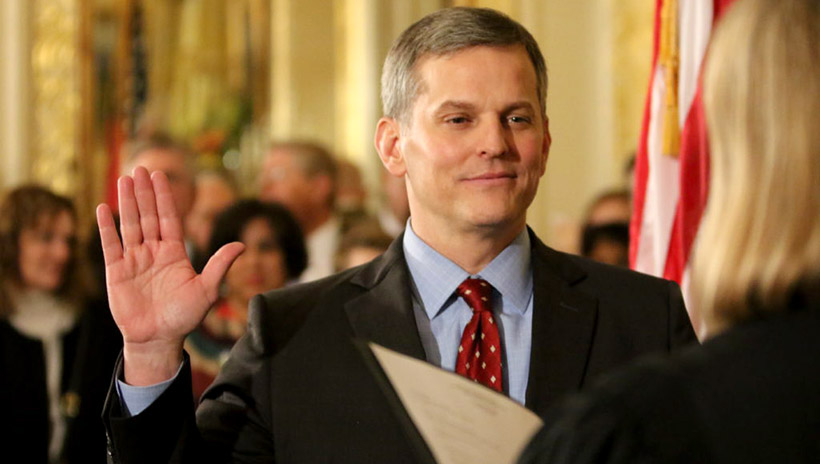 The brief was filed in Mahanoy Area School District v. B.L., a case concerning the ability of schools to punish students for off-campus speech."

However, legal experts interviewed by CJ pointed out that the case to be argued in front of the high court has nothing to do with bullying at all. It has to do with the government's nearly unfettered ability to regulate and punish students for speech off-campus and away from school activities, potentially even if the speech is not threatening or harassing.

Stein has taken the side of broad government powers to police speech before, and should the high court find in favor of the student at the heart of the case it will not be the first time he has been on the wrong side of the U.S. Constitution when it comes to speech.

In 2016, the N.C. Supreme Court struck down a state law banning cyberbullying as unconstitutionally restricting free speech because the law "was not narrowly tailored to the state's asserted interest in protecting children from the harms of online bullying.

All seven members, (three Democrats and four Republicans) on North Carolina's highest court invalidated the state's 2009 cyberbullying statute, which made it a misdemeanor punishable by up to 120 days in jail to publish any "personal, private or sexual information" about a minor online with the intent to "intimidate or torment" the minor or the minor's family.

The case arose from the 2012 arrest and prosecution of a high school sophomore from Alamance County, who admitted to posting insults on a Facebook post about a classmate, including crude remarks speculating about the classmate's sexual habits.

The student, Robert Bishop, was convicted of violating the statute and sentenced to four years' probation. His attorneys challenged the conviction on grounds the statute violated the First Amendment.

At the state Supreme Court hearing, Justice Paul Newby noted that teens on both sides of the equation had both been posting negative things about each other.

Newby appeared to be bewildered when he asked the attorney general's office who was defending the law, how one party was declared a "victim," and the other a "perpetrator." The government responded simply that one party filed the complaint first.

Stein was a state senator in 2009 and voted for Senate Bill 526, The School Violence Prevention Act, which was not only struck down unanimously by the court, it was struck down the very first the law was used to prosecute an individual.

"The North Carolina Values Coalition cherishes free speech. Government schools have the responsibility to protect students and staff to foster an environment that is conducive to learning and free of violence, threats, and bullying. It would be frightening to give educators unrestricted access to extend their regulatory reach to monitor or even supersede parental responsibilities to monitor off-campus speech, social messages, and text communications of their children."

North Carolina columnist Corey Friedman recently wrote about Stein's friend of the court briefing and his history with the cyberbullying law offering this sage advice for Stein, the schools, and perhaps the courts:

"Coordination between schools and families is the only practical way to resolve thorny issues over teenagers' social media postings. A phone call from the principal still carries weight in most households.

Defer to parents on discipline. A teacher's demand to remove a Facebook post might constitute government censorship, but even the highest court in the land can't overturn a grounding."
Go Back