If you want an example of a major flaw in our Federal government, here it is. | Beaufort County Now | Zoom made over $600 million in profit and expects to pay $0 in Federal income taxes

If you want an example of a major flaw in our Federal government, here it is. 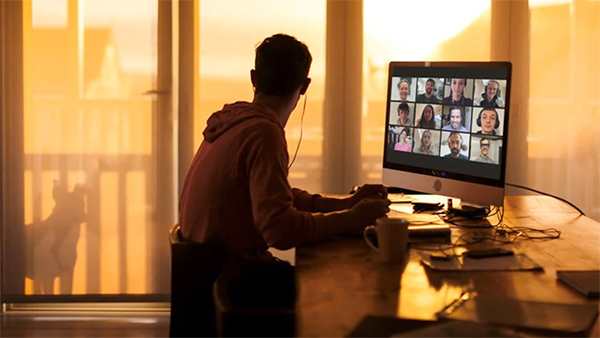 With the COVID-19 pandemic forcing workers to stay home for much of 2020, the videoconferencing utility Zoom made money hand over fist.

But the California-based company, founded in 2011 by Eric Yuan, didn’t pay a single dollar in U.S. taxes, according to reports. A simple application of the federal corporate tax rate of 21% would put the company’s IRS bill at $138,600,000.

“The Silicon Valley firm appears to have achieved that feat largely thanks to its use of stock-based compensation for employees, which helped reduce its worldwide tax bill by more than $302 million for the year ending Jan. 31,” the New York Post reported.

“Corporations that pay their executives in stock often benefit from a provision in the federal tax code that lets them write off expenses that appear far larger than their actual cost,” according to the Institute.

“Stock options aren’t the entire story behind Zoom’s success in avoiding federal income taxes in 2020,” Matthew Gardner, a senior fellow at the think tank, wrote in a blog post detailing Zoom’s tax discount. “The company appears to have enjoyed tax benefits from accelerated depreciation and research and development tax credits. Notably, the combination of three tax breaks appears to be the recipe that Amazon and Netflix have used with such success to reduce their federal tax bills during the Trump corporate tax era so far.”

“… [C]ompanies that compensate their leadership with stock options can write off, for tax purposes, huge expenses that far exceed their actual cost. This is a strategy that has been leveraged effectively by virtually every tech giant in the last decade, from Apple to Facebook to Microsoft. Zoom’s success in using stock options to avoid taxes is neither surprising nor (currently) illegal,” Gardner wrote.

Zoom’s corporate tax avoidance has helped create a short-term cash bonanza for the company: Zoom ended the fourth quarter of 2020 with $4.2 billion in cash and equivalents. This prompted one analyst on the company’s fourth-quarter earnings call to ask how the company planned to spend it all, to which Zoom’s CFO and CEO responded that while they haven’t yet mapped out a strategy to deploy their newfound mountain of cash, “if any of you have any great advice how to do that” they’d love to hear it.

Gardner noted that that may end soon under President Joe Biden and congressional Democrats, who have signaled “their intention to revisit the question of corporate tax reform, the breathtaking tax avoidance of these three companies gives policymakers a clear path forward for base-broadening tax reform. If lawmakers want to change this, they need only look to their own handiwork in failing to curb tax breaks in the past.”

“If you paid $14.99 a month for a Zoom Pro membership, you paid more to Zoom than it paid in federal income taxes even as it made $660 million in profits last year – a 4,000 percent increase since 2019,” Sanders wrote on Twitter. “Yes. It’s time to end a rigged tax code that benefits the wealthy & powerful.”

Zoom did pay about $5.7 million in global income taxes for the 2019 tax year, an effective tax rate of just 0.8%, according to the company’s annual report.