Huge win for the Second Amendment 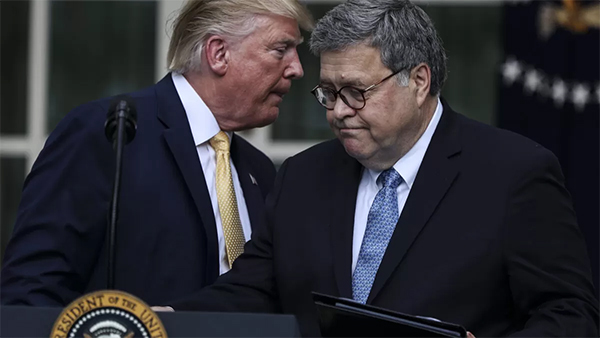 After the 2017 mass shooting in Las Vegas, President Donald Trump vowed to use executive power to ban bump stocks, a type of firearm accessory that the shooter reportedly used. The Department of Justice carried out Trump's wishes in 2018 by issuing a new Bureau of Alcohol, Tobacco, Firearms and Explosives rule "to clarify that [bump stocks] are 'machineguns' as defined by the National Firearms Act of 1934 and the Gun Control Act of 1968" because "such devices allow a shooter of a semiautomatic firearm to initiate a continuous firing cycle with a single pull of the trigger." Put differently, the federal government began to reinterpret the federal ban on machine guns to ban bump stocks too.

That unilateral executive action was promptly challenged in federal court. As part of its defense, the federal government invoked Chevron deference, a controversial legal doctrine which says that when the judiciary is confronted with an "ambiguous" statute, the default position is for the presiding judge to defer to the "reasonable" statutory interpretation favored by the federal agency charged with enforcing that statute.

In a bombshell ruling delivered this week, the U.S. Court of Appeals for the 6th Circuit not only denied Chevron deference to Trump's bump stock ban, but held that "Chevron deference categorically does not apply" in the criminal law context. The 6th Circuit then took its own look at the text of the federal machine gun ban and decided that "a bump stock does not fall within the statutory definition of a machine gun." In sum, Trump's attempt to impose gun control via executive fiat lost big.

"It is not the role of the executive—particularly the unelected administrative state—to dictate" the terms of criminal law, the 6th Circuit maintained. "Granting the executive the right both to determine a criminal statute's meaning and to enforce that same criminal statute poses a severe risk to individual liberty." According to the 6th Circuit, that risk is one of the reasons why judges have no business tipping the scales in favor of the executive in such cases. "Entrusting the interpretation of criminal laws to the judiciary, and not the executive," the court said, "mitigates that risk and protects against any potential abuses of government power."

This case began life as Gun Owners of America, Inc. v. Barr, reflecting the fact that Trump's attorney general held the reins at the DOJ at the time. It is now known as Gun Owners of America, Inc. v. Garland, reflecting both the change in presidential administrations and the fact that the Biden Justice Department is now the one defending Trump's sweeping use of executive power.