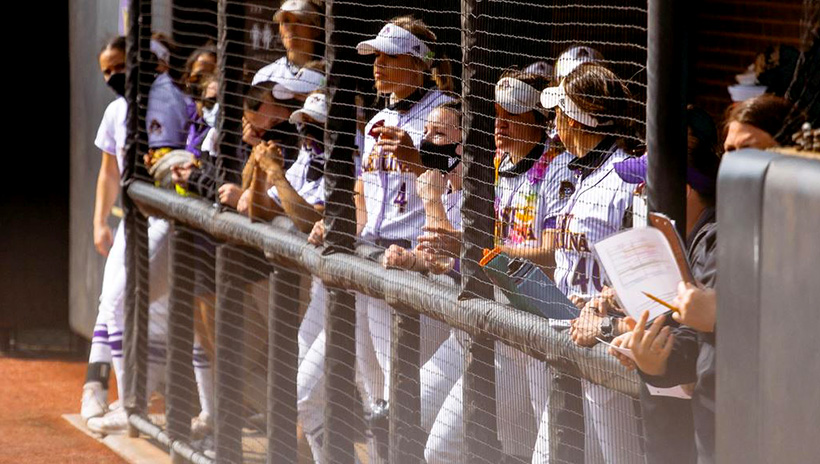 Erin Poepping (3-6) was tagged with the loss, surrendering three runs on a hit and three walks in 1.1 innings. Bailey Lange (10-2) recovered from a blown save in game two of Saturday's doubleheader, picking up the win in a complete-game effort. She allowed just two unearned runs while scattering three hits and striking out three batters.

The Shockers took early control as Sydney McKinney and Barnard hit consecutive home runs to begin the bottom of the first inning. WSU put two more runners on base via a walk and hit by pitch, but Poepping limited further damage by inducing an inning-ending fly ball to center.

East Carolina answered right back in the top of the second. Chandley Garner singled up the middle to lead things off before Logyn Estes drew a walk. The runners then stole second and third before a fielding error allowed Garner to scoot home for the Pirates' first run of the contest. Wools then plated Estes to tie the score before a double play later ended the frame.

It didn't take long for Wichita State to retake the lead. A pair of walks and a wild pitch put two Shocker runners in scoring position before Barnard hit her second home run of the contest to put the home team ahead, 5-2.

Wichita State began to pull away in the middle innings, eventually building an eight-run lead with three in the bottom of the third and a pair in the fourth — the last two via a duo of solo home runs. ECU attempted to extend the game in the top of the fifth, loading the bases with no outs, but failed to push a run across.

Up Next: East Carolina steps out of league play March 31 with a contest at Campbell.
Go Back