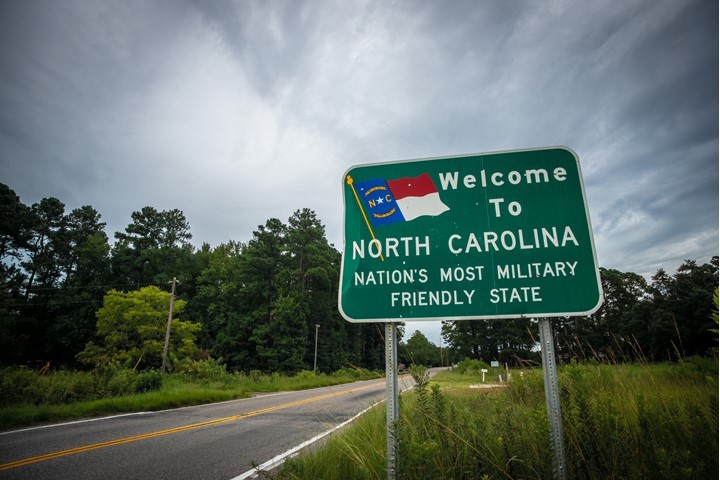 “The philosophy of the classroom today will be the philosophy of government tomorrow,” informs the apocryphal quotation. This saying gets at a serious issue and, finally, a politician is taking it seriously.

Robinson announced Tuesday, March 16, the creation of a task force dedicated to giving “students, parents, and school faculty a voice to speak out about cases of bias, inappropriate materials, or indoctrination they see or experience in public schools.”

The F.A.C.T.S task force — standing for Fairness and Accountability in the Classroom for Teachers and Students — is an advisory board composed of education professionals, including teachers, administrators, and university professors. Robinson, a Republican, officially announced the task force at a news conference on the steps of the Hawkins-Hartness House in downtown Raleigh.

“We want this task force to be a resource for parents and students who feel they are unable to tackle the issues they are facing in their schools,” Robinson said. “School is supposed to be a safe place to go to for the purpose of instruction.”

The Macon County News relates the purpose of the task force:

Robinson is trying to administer these remedies with a light touch, having emphasized at a March press conference that this “is not an indictment on education,” reported the Federalist on Thursday. And how could it be? As another apocryphal saying goes, “Never let your schooling interfere with your education.”

And there’s not much education in today’s schooling.

There’s much miseducation, though. For example, as “the left’s creed of critical race theory [CRT] takes hold of schools nationwide as a secular religion, parents, students, and teachers disillusioned with the ideas are increasingly intimidated from speaking out in opposition for valid fear of termination or expulsion,” the Federalist also tells us. “Those who do go on record risk being tarred by colleagues or classmates as racists for daring to question the racist tenets of the left-wing activism shrouded in the moral superiority of social justice.”

Yet this educational rot is nothing new. It not only predates the ascendancy of CRT — which wasn’t even talked about much when I wrote the 2018 New American magazine essay “Craziness in Kids’ Classes” (which may shock you) — but goes back more than a century.

Vindicating this assessment and getting at our real problem is a passage philosopher G.K. Chesterton wrote in What’s Wrong with the World (1910):

The trouble in too many of our modern schools is that the State, being controlled so specially by the few, allows cranks and experiments to go straight to the schoolroom when they have never passed through the Parliament, the public house, the private house, the church, or the marketplace. Obviously, it ought to be the oldest things that are taught to the youngest people; the assured and experienced truths that are put first to the baby. But in a school today the baby has to submit to a system that is younger than himself. The flopping infant of four actually has more experience, and has weathered the world longer, than the dogma to which he is made to submit. Many a school boasts of having the last ideas in education, when it has not even the first idea.

For sure. Our educational problems’ root cause isn’t CRT or any other new-fangled foolishness; such abominations are the symptoms. The real issue is that moderns are detached from Truth, from the objective, from the eternal — and are enamored of the ephemeral.

Calling this obsession “progressivism” actually flatters the obsessed; a better term is “changeism.” As with teens who glom onto the latest fashions simply because they are fashions, this philosophical affliction’s adherents embrace the “newest” ideas, mindlessly, merely because they’re “new” (and even if they are actually just old mistakes). Thus, we see grown people conjuring “land acknowledgements” or bloviating about “white supremacy,” “transgenderism,” BLM aims, or some other frightful fashion.

It’s quintessentially unintellectual. Yet as famed architect Buckminster Fuller once noted, “You never change things by fighting the existing reality. To change something, build a new model that makes the existing model obsolete.”

People must be given something better than cultural fashions, and that something is Truth, as reflected in the virtues. No, I won’t again expound on the virtues, something I do frequently. Instead, I’ll close with an example of what kind of material reflects virtue and should be taught in schools.

Here is Rudyard Kipling’s poem “If,” which he wrote for his 12-year-old son:

If you can keep your head when all about you
Are losing theirs and blaming it on you;
If you can trust yourself when all men doubt you,
But make allowance for their doubting too;
If you can wait and not be tired by waiting,
Or, being lied about, don’t deal in lies,
Or, being hated, don’t give way to hating,
And yet don’t look too good, nor talk too wise;

If you can dream — and not make dreams your master;
If you can think — and not make thoughts your aim;
If you can meet with triumph and disaster
And treat those two impostors just the same;
If you can bear to hear the truth you’ve spoken
Twisted by knaves to make a trap for fools,
Or watch the things you gave your life to broken,
And stoop and build ’em up with wornout tools;

If you can make one heap of all your winnings
And risk it on one turn of pitch-and-toss,
And lose, and start again at your beginnings
And never breathe a word about your loss;
If you can force your heart and nerve and sinew
To serve your turn long after they are gone,
And so hold on when there is nothing in you
Except the Will which says to them: “Hold on”;

If you can talk with crowds and keep your virtue,
Or walk with kings — nor lose the common touch;
If neither foes nor loving friends can hurt you;
If all men count with you, but none too much;
If you can fill the unforgiving minute
With sixty seconds’ worth of distance run —
Yours is the Earth and everything that’s in it,
And — which is more — you’ll be a Man, my son!

The “new” cannot compare to what never gets old.

Hat tip to Ray Leary for sending us this link.