House Leadership Reassigns Howard After She Objected to Moving Bill 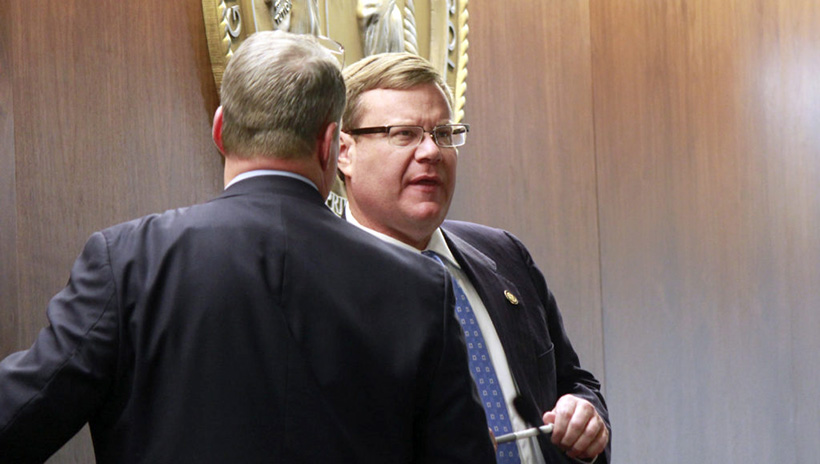 Rep. Julia Howard, R-Davie, has been removed from her powerful role as senior chair of the state House's tax-writing Finance Committee. Howard has been reassigned to the budget-writing Appropriations Committee, where she'll serve as a member at large.

The announcement follows a story in the News & Observer about Howard publicly opposing a bill, which Moore supports, to give tax breaks to businesses that got coronavirus relief money from the federal Paycheck Protection Program.

"Several weeks ago," the representatives' statement says, "the North Carolina Republican House Legislative Caucus overwhelmingly voted to move forward on House Bill 334. The understanding of the Caucus at large was that House Bill 334 would move expeditiously through the House Finance Committee.

"Over the proceeding weeks, against the will of the Caucus, Rep. Julia Howard, in her role as one of four Senior House Finance Chairs, did not move the bill.

"While we respect different viewpoints, Committee Chairs must be willing to put personal agendas aside and move forward with the will of the Caucus."

Moore, the N&O wrote, is one of a number of lawmakers who would benefit from the bill's passage, as he owns his own business that received a loan.

"I was given orders from the speaker that we would hear this PPP bill today," Howard said when she moved the bill in a committee hearing, the newspaper reported. The N&O also reported that Moore denied Howard's claim, saying he never had a conversation with her about the legislation.

Howard and her office did not immediately respond to an email requesting comment on the committee change.
Go Back