Published: Wednesday, May 12th, 2021 @ 7:27 pm
By: Carolina Journal   ( More Entries )
Publisher's Note: This post appears here courtesy of the Carolina Journal. The author of this post is Andrew Dunn. 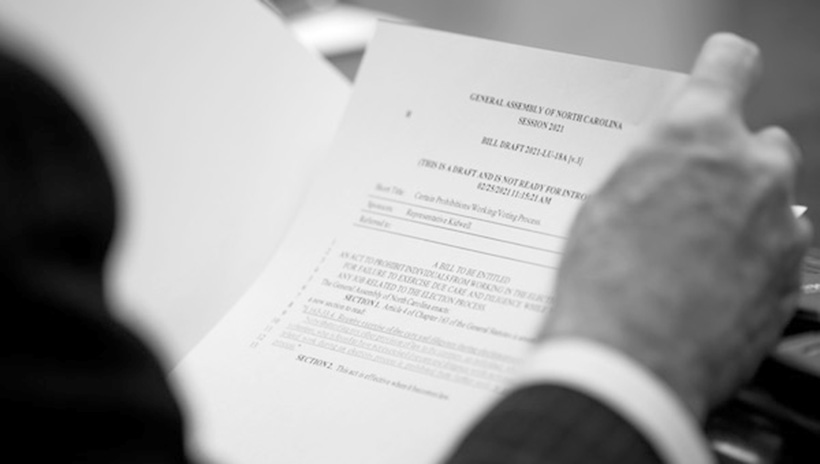 Occupational therapists who move to North Carolina would have an easier time getting back to work under a bill in the General Assembly.

Two bills with significant support would have the state join an interstate compact to recognize occupational therapy licenses in other states. They mark another small step toward removing artificial barriers created by occupational licensing that hurt people's economic prospects.

House Bill 224 and Senate Bill 173 would enter North Carolina into an agreement to recognize occupational therapy licenses granted in other states. Therapists would be allowed to practice in other states if they are part of the compact, and therapists who move would more easily be able to get a license in their new state.

Under the compact, spouses of active duty military members could practice therapy in states where they're stationed while maintaining a license in their home state.

Occupational therapy refers to care that helps people recover the ability to perform daily tasks after injury, illness, or disability.

The compact is a project organized by the American Occupational Therapy Association and the National Board for Certification in Occupational Therapy to reduce barriers for their members to move while staying in their profession. Similar compacts already exist for doctors, nurses, physical therapists, psychologists and EMS workers.

Virginia became the first state to vote to enter into such an agreement, passing a similar law in March. Fifteen other states, including Georgia, South Carolina, Texas, and Ohio, are currently considering bills like North Carolina's.

States that take part in the compact would need to license occupational therapists, screen their backgrounds, investigate complaints, and share data on any adverse actions taken against licensed therapists.

The House bill counts 44 representatives, on both sides of the aisle, as primary or co-sponsors. The bill passed that chamber by a vote of 119-0. The Senate version has also passed, by a 48-0 vote. The two chambers must now hammer out a few minor differences before taking a final vote.