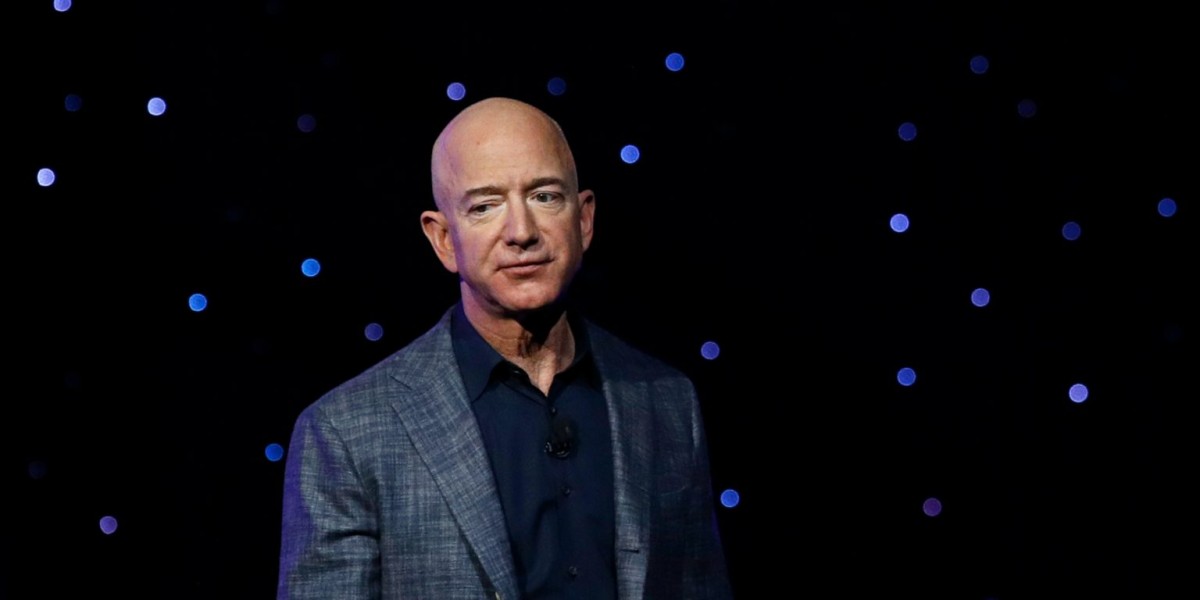 You just can’t make this stuff up and come close to what reality actually is.  Uncle Sam is going to take our money and give it to the richest man in the world.  Why?  To pacify him because he bided nearly twice as much to put a man on the moon as did the winning proposal from Elon Musk.  No, we don’t know exactly what the taxpayers will get for the 10B but that’s just part of the absurdity of how Democrats operate.  Hey, it doesn’t matter.  We’ll just print some more cash.  Not to worry.  Watch these Really Smart People start scrambling to cover this deal up.  But don’t bet against it.

Now that Jeff Bezos’s space flight company Blue Origin has lost a multibillion contract to Elon Musk’s SpaceX, Congress is prepping the ground for Bezos to win a contract anyway, ordering NASA to make not one but two awards.

The order would come through the Endless Frontier Act, a bill to beef up resources for science and technology research that’s being debated on the Senate floor this week. An amendment was added to that legislation by Sen. Maria Cantwell, D-Wash., to hand over $10 billion to NASA — money that most likely would go to Blue Origin, a company that’s headquartered in Cantwell’s home state.

Cantwell’s amendment is no sure bet though: Sen. Bernie Sanders, I-Vt., introduced a last-minute amendment Monday to eliminate the $10 billion. “It does not make a lot of sense to me that we would provide billions of dollars to a company owned by the wealthiest guy in America,” Sanders told The Intercept Tuesday.

The Bezos space company had been competing against SpaceX for a contract to put astronauts on the moon, the first such trips since 1972, but lost the bidding process with a price tag twice that of SpaceX. NASA announced the award to the Elon Musk-owned company last month.

Cantwell’s measure wouldn’t rescind the grant to SpaceX but would create an additional contract that Bezos’s company would be in line to win. A third company, Dynetics, had also bid for the moonshot, but the author of the new amendment offers a strong suggestion of which company it’s likely to benefit.

Cantwell told NASA’s incoming administrator, former Sen. Bill Nelson, that she was surprised at the way the award unfolded, before introducing the legislation to add a new one.

The measure has been attached to the Endless Frontier Act as part of a manager’s amendment and authorizes $10.032 billion through the year 2026 for the moon program. Authorization alone does not fund the program, and Congress would still need to appropriate the money, or the executive would need to find other appropriated funds.

The bill is currently on the Senate floor and has broad bipartisan support. A procedural vote last week passed by a 71-27 margin, and Senate Democratic leaders are eyeing a Thursday vote for final passage, after which it would need to move through the House of Representatives.

“It does not make a lot of sense to me that we would provide billions of dollars to a company owned by the wealthiest guy in America.”

Blue Origin spent $625,000 lobbying the Senate in the first three months of 2021, according to lobbying disclosure records. Among that spending was $50,000 to a team of lobbyists at a firm called Clark Hill that would specifically focus on the moon landing program. The team includes John Culberson, a former member of the House from Texas and onetime chair of the House Appropriations subcommittee that covers science policy. The White House also appointed Culberson last year to the National Space Council Users’ Advisory Group that makes policy recommendations to NASA.

Last month’s award to SpaceX did come as a surprise. According to a report by the Washington Post, which is owned by Bezos, NASA awarded the deal to SpaceX, owned by one of the richest men in the world, “to preserve a competitive environment.”

After the loss, Blue Origin and Dynetics filed protests with the Government Accountability Office, which currently remain open, but Congress seems to want to bypass the watchdog with a multibillion dollar handout to NASA to award more contracts.

Asked by The Intercept if the agency views Cantwell’s amendment as a means to override its down-select decision, NASA spokesperson Monica Witt declined to comment, citing the ongoing litigation.

Meanwhile, the fight over the NASA contract is the latest development in the growing contest between two of the world’s richest men for government contracts. In May 2019, for example, SpaceX filed a lawsuit in the U.S. Court of Federal Claims against the Air Force’s decision to exclude it from $2.3 billion in funding for space launch services. The funding instead went to United Launch Alliance, Northrop Grumman, and Blue Origin.

As the late Senator Everette Dirksen once said:  a billion here, a billion there, and pretty soon we're talking real money.

Bless us and save us.

In what may or may not be related to this story, the news just broke that Bezos is stepping down as Amazon CEO.