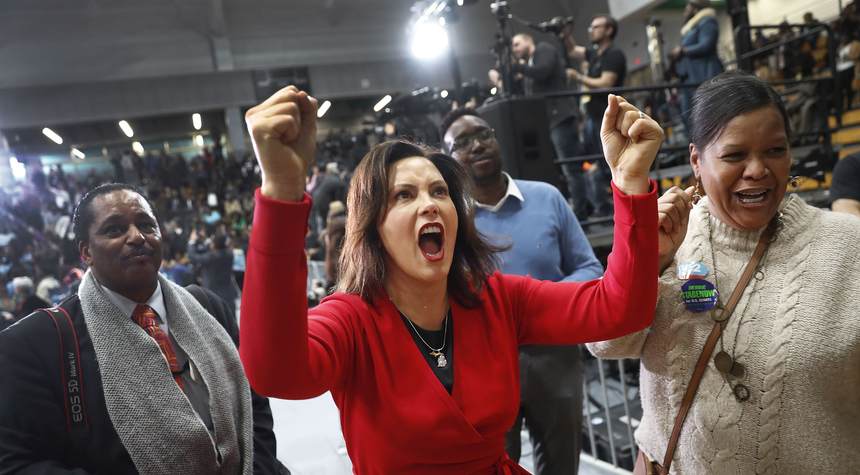 Michigan today can breathe a lil easier even if you are double or triple masked because Gov. Whitmer can no longer mandate you to wear that mask.

Last year when the COVID-19 hysteria was starting off, Governors all around the country dusted off archaic laws that were meant to be used for severe emergencies. They started to lock down states, shut businesses, and destroy a thriving national economy. Governor Whitmer here in the Great Lake State wasted no time in using her own dusty law and jumped right into her heavy-handed approach as I wrote about here last week.

Back in March of 2020, the 49th governor of Michigan, in reaction to COVID-19 being blared as the greatest threat since the last greatest threat we faced, used a rare law to basically shut the state down. The Emergency Powers of the Governor Act of 1945 gives the Guv. superpowers to protect the citizens from things we would normally do on an everyday basis. Here is the wording of the 1945 act…

Section 1 of article 5 of the Michigan Constitution of 1963 vests the executive power of the State of Michigan in the governor.

The law was meant as a temporary measure and for it to be used after the initial 28 days she needed the approval of the legislature, which she only received one time. So instead of following the law, she decided to go it alone and cancel the previous order before the 28-day deadline and issue a new one. This continued until October of 2020 when the Michigan State Supreme Court told her to knock it off.

Well, now the law has been removed from the books for good because of a ballot petition that was started last year to keep this Governor and any future Governor in check.

Today, House Republicans voted to approve the citizen driven Unlock Michigan initiative, which seeks to strip Governor Gretchen Whitmer and future Governors of the overreaching emergency powers from 1945. With today’s veto proof vote and the Senate’s last week, the legislature has officially revoked these emergency powers.

“Today’s vote is a resounding victory for the people of Michigan, who over the past year, suffered needlessly under Governor Whitmer’s abuse of the 1945 Emergency Powers which she used to impose some of the most restrictive COVID rules in the nation,” said Eric Ventimiglia, executive director for Michigan Rising Action. Ventimiglia continued, “Thanks to the work of Republicans in the legislature and hundreds of thousands of Michiganders who took part in the Unlock Michigan initiative, Michigan will never again allow Whitmer or future governors to wield unilateral and unchecked power over the people of our state.”

The repeal of the 1945 Emergency Powers of the Governor Act turns the page on a dark period in Michigan’s history, which saw the Governor seize unprecedented power in the name of public health. After nearly a year of tireless work, every day Michigan citizens collected enough signatures in the “Unlock Michigan” initiative to force the veto proof vote in the legislature repealing the law

Ventimiglia is spot on in giving credit to the thousands of Michiganians who worked their tails off last year to collect all the valid signatures to present before the Michigan Legislature. Even after that monumental task was completed they had to face a slow walk by the Secretary of State to validate the signatures and lawsuits trying to prevent the Board of Canvassers from approving.

Now that Whitmer nor any other future Governor will be able to use this law to abuse their authority, there are some other crusty dusty laws that might need to be looked at to keep our elected representatives from getting a bit slap happy with authoritarian delusions of grandeur.

Whitmer cannot veto this but she is not done trying to impose her will and the election next year for her seat will be even more critical than this monumental accomplishment.

Take that really deep breath, Michigan, and enjoy the moment but know this:

More work needs to be done.