Study: Hurricanes are not more frequent or stronger due to climate change | Eastern North Carolina Now | Who wooda thunk?

Study: Hurricanes are not more frequent or stronger due to climate change 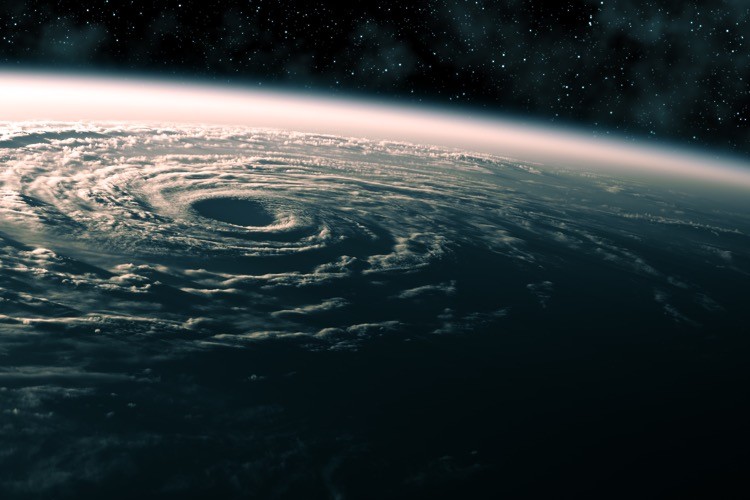 A study published in the scientific journal Nature Communications has concluded that a recent uptick in the number of named hurricanes in the Atlantic Ocean is not due to so-called climate change. The study instead concludes that any increase in hurricanes is more likely due to natural variability in weather patterns over time.

And climate alarmists told us that climate change was to blame. Last year, a study of satellite images dating all the way back to 1979 told us in breathless tones that the likelihood of Category 3 storms (top winds of 111 mph or higher) was rising by eight percent per decade due to human-caused global warming.

“The trend is there and it is real,” said James P. Kossin, a researcher with the National Oceanic and Atmospheric Administration (NOAA). “There’s this remarkable building of this body of evidence that we’re making these storms more deleterious.”

Maybe not, says a study entitled Changes in Atlantic major hurricane frequency since the late 19th century, which was published earlier this month. The authors of the study include Gabriel Vecci of Princeton; Christopher Landsea of NOAA; Wei Zhang of Utah State; Gabriele Villarini of the University of Iowa; and Thomas Knutsen of NOAA.

The study suggests that the recent uptick in named storms can be explained by a number of factors, including observation bias. In other words, since the advent of satellites in the late 1960s, we’re able to see more storms than we could in the past, thus the storms of the past are likely underrepresented in the data.

“Due to changes in observing practices, severe inhomogeneities exist in this database, complicating the assessment of long-term changes. In particular, there has been a substantial increase in monitoring capacity over the past 170 years, so that the probability that a HU (Atlantic Hurricane) is observed is substantially higher in the present than early in the record,” the study states.

Moreover, the study concludes that hurricanes are likely not more powerful or more frequent than they’ve been in the past due to global warming.

“The homogenized basin-wide HU and MH (Major Hurricane) record does not show strong evidence of a century-scale increase in either MH frequency or MH/HU ratio associated with the century-scale, greenhouse-gas-induced warming of the planet.”

The data in the study goes all the way back to 1851 and comes from eyewitness accounts all along the eastern seaboard of the U.S., the Gulf of Mexico, islands in the Atlantic Ocean, and fishermen who ventured out to sea. The researchers worked off of those accounts and were able to conclude that a number of storms were missing from the official data kept during the time.

“This homogenized record indicates that the increase in [North Atlantic] HU and MH frequency since the 1970s is not a continuation of century-scale change, but a rebound from a deep minimum in the late 20th century.”

The study’s authors were quick to point out that they couldn’t rule out a global-warming connection to hurricanes.

“Does this work provide evidence against the hypothesis that greenhouse-gas-induced warming may lead to an intensification of North Atlantic HUs? Not necessarily,” the study states.

They need to retain their access to funding, after all.

When climate alarmists use terms such as “record breaking,” you have to dig deeper to know exactly what they mean. Last year when they fretted about a “record number of named storms,” for instance, you have to realize that the naming of hurricanes only goes back to 1953. You also need to realize that there are a significant number of storms from the past that never made landfall and thus were not recorded prior to the satellite era, which only began in 1972.

In climate-change politics, presentation is everything. If they can’t scare you into believing that something unprecedented in the history of man is happening in the climate, their fear-mongering falls flat.