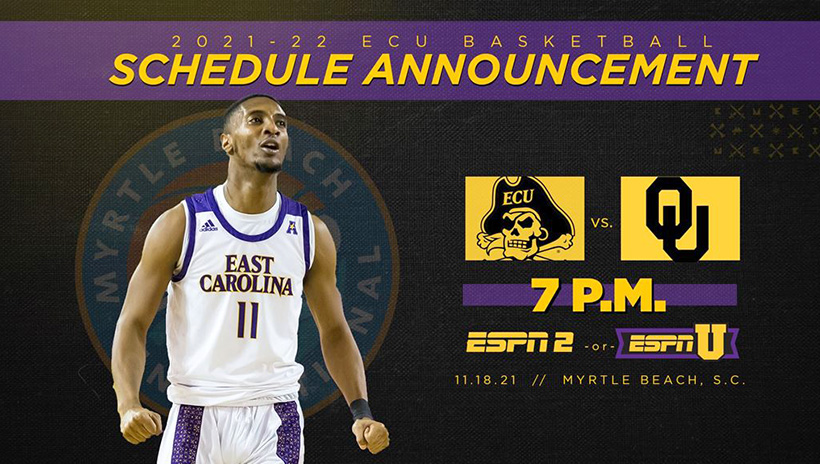 GREENVILLE, N.C.     East Carolina will face Big XII opponent Oklahoma in the first round of the 2021 Myrtle Beach Invitational event organizers announced Wednesday. This will be the first-ever meeting between the Pirates and Sooners as well as ECU's first game against a Big XII opponent since playing TCU in 2005, when both were members of Conference USA.

The third annual event will be held November 18, 19 and 21 at the HTC Center on the campus of Coastal Carolina University with ECU and OU scheduled to play at 7 p.m. on the tournament's opening day. The Pirates will face either Indiana State or Old Dominion in the semifinal round on Friday, Nov. 19. The championship round will be held on Sunday, Nov. 21. The four teams on the opposite side of the bracket: Davidson, New Mexico State, Penn and Utah State.

All 12 games of the Myrtle Beach Invitational will be televised on ESPN2, ESPNU or ESPNEWS and streamed on ESPN.com. The final TV designation for ECU's game against Oklahoma will be determined later.