Labor Day, 2022 redux | Eastern North Carolina Now | A few words to the Producers, the Moochers and the Looters 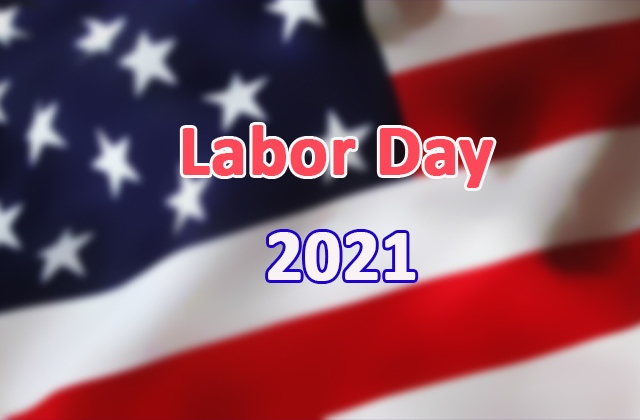 Editor's note:  The following article was first posted in 2021.  But it still remains pertinent to today, perhaps even moreso.   Thus, here's a reposting:

The first Monday in September is ‘celebrated’ in the United States as Labor Day.  Most people take this to be intended to honor the working men and women in society.  Those who often toil from early to late and seldom get the credit they deserve.  Much of their effort, the theory goes, produces wealth for others more than for themselves.  This theory has big holes, of course, because many people “work for themselves” and thus usually benefit from their own work, theoretically in proportion to their effort.

Regardless, whether workers produce for others or themselves, we honor them on this Labor Day.  The Producers are the salt of the earth.

But simply because one is a working person does not mean they deserve honoring, we feel.  We give no honor to those workers who are sloths.  Indeed, slothfulness is considered one of the Seven Deadly Sins in Catholic theology.  Few among us have a high regard for slothfulness.  Unfortunately, sloths abound.  We all work, or have worked, with some of them.  They bum offer others, seldom carrying their fair load.

In the twentieth century, the Italian philosopher Vilfredo Pareto devised what came to the known as the Pareto Principle:  “80% of the results are created by 20% of the people.”

Here is a short video explaining it:

In modern America today there is a widespread and growing idea that the government owes each of us equality…equal results, not equal opportunity, as did our Founding Fathers when they wrote the Declaration of Independence and proclaimed that “We hold these truths to be self-evident, that all men are created equal, that they are endowed by their Creator with certain unalienable Rights, that among these are Life, Liberty and the pursuit of Happiness. “  Some historians report that Thomas Jefferson first wrote “equality” as the third listed unalienable right, but was convinced, some say by Ben Franklin and George Mason, to say “pursuit of happiness” rather than “equality” or “equal treatment.”  There is a world of difference.

Today we are still engaged in that same debate about what the purpose of government is.  So called “progressives” argue that government’s purpose is to insure equity…or equal results.  This idea leads to such ideas as the duty of government to insure equal health care for ever individual, regardless of ability to pay.  It finds followers who believe the “wealth gap” should be closed by confiscatory taxation.  That is, taxation not for the purpose of paying for a government service, but to redistribute wealth from those who have it to those who do not.

The Founders rejected these ideas of equality.  Instead, they believed that everyone has a right to the fruits of their labors, including mental labors.  This is the idea that a person should work hard and thus should be the primary beneficiary of that hard/good work.

But on this Labor Day, 2021, we have millions of able-bodied Americans who are choosing to not work but to draw unemployment compensation from the government.  In reality, they are drawing that unemployment from those who do work--taxpayers.  It is those sloths whom we do not honor on this Labor Day.

Ayn Rand, in the classical Atlas Shrugged said there are three kinds of people:  the Producers, the Moochers and the Looters (politicians and bureaucrats).  Unfortunately, the moochers are taking over the producers and the Looters are killing the Republic…the Goose That Lays the Golden Eggs.  The Looters are the politicians and bureaucrats who believe they know better how our money should be spent than we do.  They are the corrupt one who use our money to buy votes and power for self enrichment.  They are the Devil's workmen.

Jesus taught the kind of attitude we should have toward work.  In the Parable of the Talents he told us of three servants whose master gave each a sum of money and beeched each to go out and work to increase what they had received.  To one servant he gave five shares of wealth, to the other he gave two shares and finally to the third servant he gave one share.  The two servants who received more worked hard and doubled their shares.  The third servant buried his share but upon the Day of Reckoning his Master took that one share and gave it to the other who had worked hard.  Clearly Our Lord is teaching us to take what we get and work to increase it.

It is past time for all American sloths to get off their behinds and go to work.  To work hard and well.  To be in the 20% rather than in Pareto’s 80%.  We should not covet the wealth of those who may have more than we do.  If you don’t want to see someone else get rich off of your labors, go out and form your own company.  Our duty is to take responsibility for being the best we can be and doing the best we possibly can.  It is not the government’s responsibility to guarantee everyone everything they would like to have.  There is no free lunch.  We must, if our Republic is to survive, reject those politicians and bureaucrats who seek the power of government to redistribute wealth and pick and choose winners and losers.

On this Labor Day we salute the honest, hard-working Americans who make this nation thrive.  We thank God for them and we pray for the sloths.  To the Looters we say:  Go to hell.