What have we learned since 9-11-01? | Beaufort County Now | Those who are willing to give up their freedom for security end up with neither 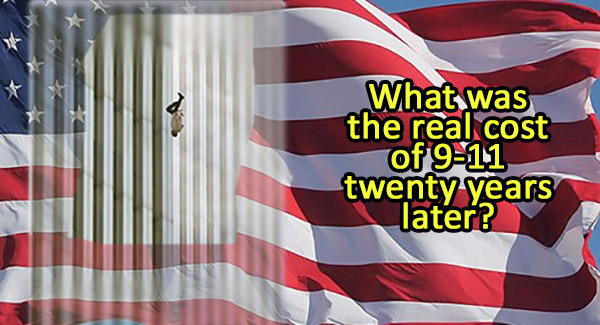 On September 11, 2001 airplanes hijacked by Muslim extremists were crashed into the twin towers of the World Trade Center in New York City and the Pentagon in Washington, D. C.  Another crashed in a field in Pennsylvania after a heroic group of passengers forced their way into the cockpit.  There are those who believe the fourth plane was headed to the U. S. Capitol or the White House.  More than 2000 Americans died that day.

The response of the George W. Bush Administration was to strike back.  It was learned that training camps in Afghanistan had been used to radicalize and the hijackers.  Ultimately, Bush order the invasion of Afghanistan.  And as they say, the rest is history.

For twenty years America has controlled Afghanistan and poured billions, if not trillions of dollars and human lives into eradicating terrorists’ use of Afghanistan as a haven for breeding terrorists attacks around the world.

In recent weeks, President Joe Biden pulled our military personnel out of Afghanistan.  President Donald Trump had announced that he would pull out of Afghanistan and left Biden a plan to do so in an orderly.  Whatever reasons Biden scrapped Trump’s withdrawal plan and presided over a chaotic disaster that directly cost thirteen American service men/women lies and the loss of billions of dollars in state of the art military hardware and facilities in the hands of the Taliban.

If there ever was a case of the bad becoming worse this debacle is it.  In retrospect, the United States should have attacked the terrorists in Afghanistan.  But it should have been quick and over with in months, not twenty years.  Civilian Americans and Afghan allies should have been evacuated before our troops were pulled out and we believe a relatively small contingent of intelligence gathering personnel should have remained.

We have no doubt that American citizens will suffer for this mistake by Joe Biden.  Afghanistan is now in the hands of the Taliban, and there is little doubt in our mind that Afghanistan will once again become a breeding ground for Islamo-terrorism going forward.

So, on this 9-11, America must answer the fundamental questions:  How are we going to prevent future terrorists attacks and what price are we willing to pay to accomplish that?

One thing seems obvious:  The USA cannot invade and occupy any and every country that spawns a terrorist attack on our homeland.  There are thousands of Muslim extremists in the Middle East who are perfectly willing to snap up the 72 virgins (or whatever number they claim) in return for martyrdom.  We cannot use that as a pretense to occupy a nation such as Afghanistan, Iraq, Yemen, Pakistan etc.  Rather what we should do is form an alliance group of willing nations that are will deal with terrorists within their boundaries and give them reasonable assistance, including intelligence.  For any nation that does not choose to join the alliance we serve notice upfront that if we are attacked by anyone that resided in that nation we will retaliate with devastating air power and perhaps Special Forces on the ground temporarily.  The strategy is simple:  Root out terrorists within your boundaries or pay a heavy price.  But never again should we send Americans to fight on foreign soil for years and years.  And our military should be adapted to fight quickly…get is, hit them hard, and get out.

The most important lesson we should have learned since 9-11-01 is that our security is not more important than our liberty.  The Patriot Act should be repealed.  We should make it a crime with a mandatory jail sentence to abuse any American’s constitutional right under color of law.  The FBI has proven that government bureaucrats cannot be trusted to protect our inalienable rights, and that includes particularly our Fourth Amendment right to be free from warrantless searches and seizures.  What is happening this very day to some of the people who were in the Capitol on January 6 is just one example of abuse of power.  Many of them have been imprisoned since January 6 without being found guilty of any crime.  We must reclaim the Bill of Rights.

Thirdly, it is totally ridiculous to say that we are concerned about terrorists attacks on American soil while we let hundreds or thousands of terrorists enter this country at our Southern Border.  We should have learned that it is much better to keep potential terrorists out than it is to deal with them once they are already here.  Close that border!

Fourthly, we should have learned that radicalization of extremists is a major root cause of the threat of terrorism.  We must weed Critical Race Theory out of our public schools and our children ought to be taught a traditional curriculum based on the Founding Principles upon which this country is based.  Every student should know the principles and values that made this country great and we should understand we will reap a whirlwind if we do not teach them those values.  This political correctness mess has got to go.

Had the terrorists who attacked us on 9-11 instead demanded that we abolish our civil rights that we freely gave up we would have fought with all of our might to defend our liberty.  Yet the real effect of 9-11 was to deprive us of those right our forefathers fought to give us.  We should demand those rights be returned.