Nat’l Teachers Union Prez Panicked DeSantis Will Trigger Flight To Private Schools. Social Media: ‘Hallelujah’ | Beaufort County Now | The head of the American Federation of Teachers, Randi Weingarten, is panicked that the policies of Florida Governor Ron DeSantis will trigger parents to pluck their children out of public schools, where Weingarten can spread their leftist messaging, and place them in private schools.

Published: Friday, October 29th, 2021 @ 7:49 am
By: Daily Wire   ( More Entries )
Publisher's Note: This post appears here courtesy of the The Daily Wire. The author of this post is Hank Berrien. 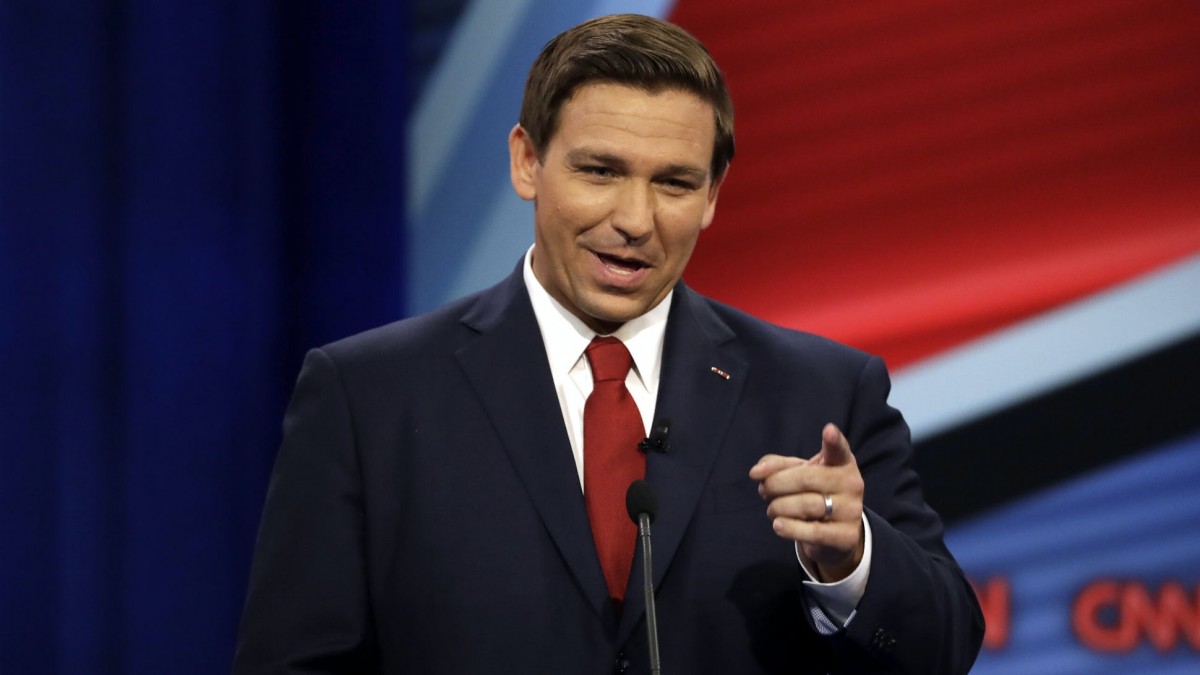 The powerful head of the American Federation of Teachers, Randi Weingarten, is apparently panicked that the policies of Florida Governor Ron DeSantis will trigger parents to pluck their children out of public schools, where Weingarten and her ilk can inculcate their leftist messaging, and place them in private schools instead.

On Thursday, Weingarten referencing an article in the leftist The New Republic that attacked DeSantis for his policies, tweeted, "This isn't just about masks or about Governor DeSantis' political aspirations. It's about the complete destabilization of public education so that parents will choose private schools."

The New Republic had huffed, "Florida's recent struggles over masks in schools augur a terrifying shift in the right's approach to education policy," then quickly gave a salient reason for the Left's panic:

This May, in a speech at Michigan's deeply conservative Hillsdale College, Florida Education Commissioner Richard Corcoran sketched out a few principles for Republicans to follow. Conservatives, he said, should no longer consider the primary purpose of school to be training students for employment; instead, they should see it as instilling moral values.

The article continued that DeSantis "appears to be piloting a new education ideology for Republicans. Trading in the decades-old, substantially bipartisan education reform agenda, a formula that was born in Florida, he is mustering a naked attack on the very existence of public schools."

Some examples of DeSantis' actions that terrify The New Republic:

In March, he unveiled a $106 million civics education initiative-developed, uncoincidentally, under the advisement of Hillsdale College, which directs a line of charter schools, including one run by the education commissioner's wife-that emphasizes "the influence of the Ten Commandments," calls protesting "irresponsible citizenship," and bans "Marxist" critical race theory. In June, the state Board of Education prohibited any instruction that defines American history "as something other than the creation of a new nation based largely on universal principles stated in the Declaration of Independence."

In July, Weingarten hysterically attacked DeSantis, tweeting that "Millions of Floridians are going to die for Ron DeSantis' ignorance and he's choosing to profit from it," after DeSantis' campaign team offered T-shirts saying, "Don't Fauci My Florida."

Six hours later she offered a tepid half-apology, tweeting, "You are all probably right ... I shouldn't have said millions." Weingarten's original tweet stated, "Disgusting. Millions of Floridians are going to die for Ron DeSantis' ignorance and he's choosing to profit from it. He doesn't care about Floridians; he cares about furthering his own cruel agenda."

DeSantis Press Secretary Christina Pushaw blasted Weingarten in a statement to The Daily Wire, saying, "Is Randi Weingarten's ridiculous claim that selling a koozie will lead to 'millions' of Floridians dying an example of Critical Math Theory? It's terrifying that the fate of any child's education is in the hands of someone so incredibly ignorant."

As far as who is responsible for "destabilizing" public schools, The Daily Wire reported in May 2021:

The American Federation of Teachers, led by Randi Weingarten, appears to have lobbied the Centers for Disease Control and Prevention to keep schools shuttered amid the coronavirus pandemic and "even suggested language for the federal agency's school-reopening guidance released in February," according to a Saturday report from the New York Post, based on emails between the AFT and CDC.