Published: Tuesday, November 16th, 2021 @ 7:47 am
By: Carolina Journal   ( More Entries )
Publisher's Note: This post appears here courtesy of the Carolina Journal. The author of this post is David N Bass. 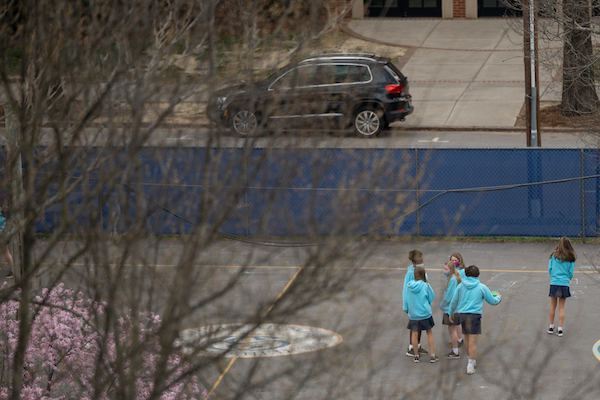 A youth risk survey for middle- and high-school students in the public school system is raising eyebrows for asking students about drug use and sexual activity.

The Youth Risk Behavior Survey - a joint project between the N.C. Division of Public Instruction and the U.S. Centers for Disease Control and Prevention - is distributed every odd-numbered year in the spring. The survey was delayed this year due to the pandemic, but data collection is now occurring between September and December.

The survey includes questions on non-controversial topics - such as nutrition and physical activity - but also touches on more hot-button issues, such as gender identity and transgenderism, alcohol and other drug use, and whether teens are engaging in heterosexual or gay sexual activity.

"Many parents are weary of government voyeurism and surveillance of children," said Dr. Terry Stoops, director of the Center for Effective Education at the John Locke Foundation.

"If the Youth Risk Behavior Survey results led to policy changes that mitigated worrisome behaviors among young adults, then families may be more receptive to its administration," Stoops added. "But the survey data produces little more than flashy headlines that purport to reveal the dirty secrets of American youth. The survey is more snooping than science."

High school students are asked to report their sexual orientation, whether they have been forced to have sexual intercourse in the prior 12 months, how old they were when they first had sexual intercourse, and how many sexual partners they've had during their life.

The survey also queries students on their age when they first had more than a few sips of alcohol, how often they binge drink, and how often they use marijuana or other drugs.

Guns and racial issues are addressed, as well. At one point, the survey asks, "During your life, how often have you felt that you were treated badly or unfairly in school because of your race or ethnicity?" Students are asked how often they carried a gun in the past 12 months and how long it would take them "to get and be ready to fire a loaded gun without a parent or other adult's permission."

In response to an article critical of the survey, DPI executive director of the Center for Safer Schools Karen Fairley released a statement that reads, in part: "We appreciate that some of the questions in the survey may be considered sensitive, overly probing, or not in alignment with everyone's values, perspectives, or beliefs, (sic) it is important that schools notify parents in a timely manner, allowing parents the ability to determine if they want their children to opt-out of participating in the survey."

Only generalized results of the survey are reported and all responses are kept anonymous, with students not being required to put their names on the survey. Students are allowed to skip questions they do not want to answer. The questionnaires are handed out during second-period classes. The survey takes about 35 minutes, according to DPI.

Schools have the option of not participating in the survey. Parents may also opt out by completing and returning a form.
Go Back