Will a GOP wave help Donnie Harrison return as Wake sheriff? | Beaufort County Now | More than a year before the 2022 election, a former four-term Republican Wake County sheriff has announced he will run again, attempting a return to the top law enforcement spot in North Carolina’s largest county. 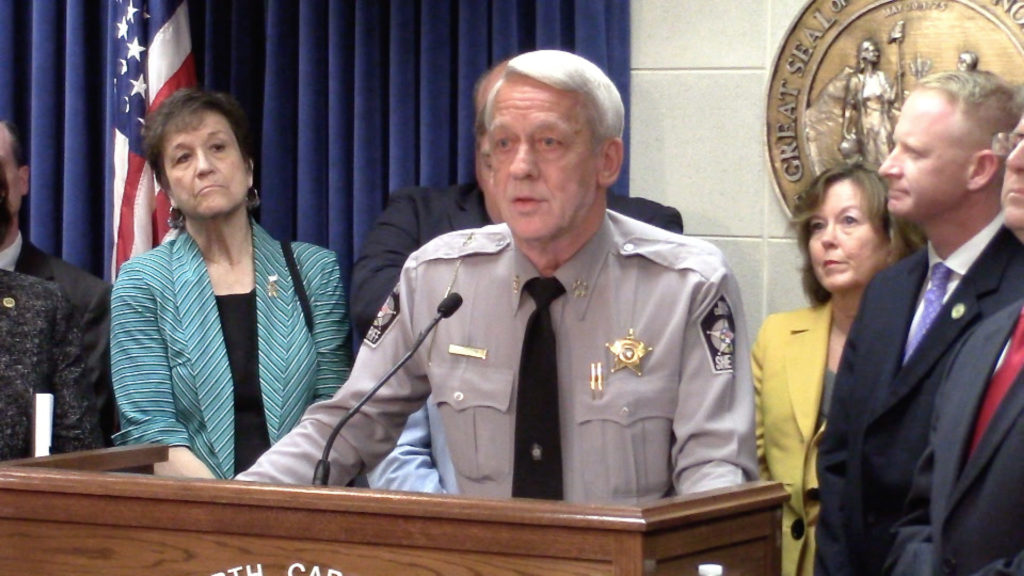 More than a year before the 2022 election, a former four-term Republican Wake County sheriff has announced he will run again, attempting a return to the top law enforcement spot in North Carolina's largest county. Donnie Harrison had a surprising loss in 2018, a strong Democrat election year, but believes this is the time to get back on the ballot.

Harrison took pride in being a hands-on sheriff, working the roads with his deputies, showing up at calls, checking in with the detention staff, going on drug raids, and accompanying detectives as they investigated cases.

"I always said I would be a working sheriff, out there with our employees," Harrison says. "With over 53 years of law enforcement experience, I've been there and know what they face. I wanted them to know that I love law enforcement just as they did, and I was proud to work side by side with them."

Harrison's first campaign for Wake County sheriff in 1998 against long-time incumbent John Baker was unsuccessful. Baker, nicknamed "Big John," was an iconic Raleigh political figure and former defensive lineman in the NFL. Baker was first elected sheriff in 1978, becoming the first black sheriff in North Carolina since the Reconstruction era. Harrison sought a rematch in 2002 and won.

In 2018, Harrison ran for re-election a fifth time but was defeated by Gerald Mauroka Baker during the midterm elections. Baker defeated Harrison by 55 to 45% of votes. He has been serving in the sheriff's office for 28 years; 15 under Harrison. Baker has been critical of the federal immigration program while Harrison fully cooperated with it.

Baker is no relation to the former Wake County sheriff of the same name but benefits from the similarity politically, and has been surrounded in controversy during his term.

Those connected to the Harrison campaign tell Carolina Journal that, much like the rest of the country, support for President Biden and Democrats is plummeting among unaffiliated in Wake, and say those same voters are highly concerned about public safety issues. They also believe a strong GOP year, plus a massive defection of unaffiliated voters away from Democrats, gives Harrison a plausible path to victory.
Go Back