Published: Sunday, November 28th, 2021 @ 8:07 am
By: Carolina Journal   ( More Entries )
Publisher's Note: This post appears here courtesy of the Carolina Journal. The author of this post is Theresa Opeka. 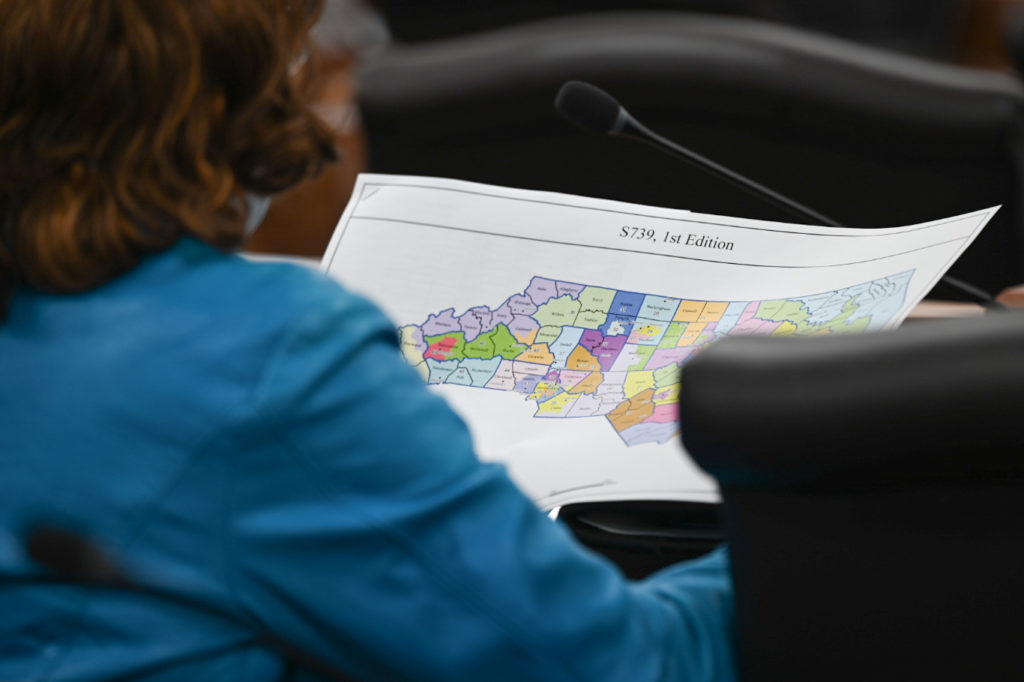 Sen. Ralph Hise, R-McDowell, one of three co-chairs of the Senate Redistricting Committee, said lawmakers didn't use racial or election data as part of the criteria but considered equal population - the number of persons in each legislative district within plus or minus 5% of the ideal district population. They also weighed contiguity, county groupings as required by previous court cases, only splitting voting districts when necessary, the compactness of districts, municipal boundaries, and the use of member residence.

"Following those criteria, we did our best keeping communities together, kept counties whole, municipalities and precincts or voter tabulation districts," Hise told the chamber. "We also tried to draw compact districts while respecting these communities. We did this without using racial or political data to draw the districts or reach some predetermined number of Republican or Democrat seats."

"The Stephenson anti-gerrymandering provision provides a map that only splits 15 of the 100 counties in the formation of the 50 Senate districts," he explained. "For the 15 counties we did have to split, we tried to leave as many in the district based in their home county. Besides counties, the most concrete way to define a community is a municipality or (voting district). We were able to limit split municipalities to 11 out of 552 municipalities or less than 2% of our municipalities. We also followed the spirit of the criteria and kept as much of the community whole in one district as possible. In Cumberland County, for example, 88% of Fayetteville was kept in the district, and 85% of Hope Mills was kept in the district."

Hise thanked co-chairs Sens. Warren Daniel, R-Caldwell, and Paul Newton, R-Cabarrus, for working on the maps, calling it an "incredible and amazingly transparent effort with all of the drawing of the maps being live-streamed."

"Where most of the Democratic seats are, in the urban areas, Democrats ended up the only ones being double-bunked," Blue said. "That isn't an issue with rural legislators. We ended up with double-bunking in Wake, Guilford, and two double-bunkings in Mecklenburg. All but one was resolved. The process sorted out members and districts. I appreciate the effort for unbunking those."

Double-bunking is part of the redistricting process placing two incumbents in a single district.

Blue did, however, introduced some of the several amendments to the maps, all of which were tabled.

The N.C. House is scheduled to vote on the Senate and congressional maps at 3 p.m. Wednesday, Nov. 3. The new congressional map designates a 14th U.S. House district for the state after the 2020 census showed enough of an increase in population to give North Carolina an additional representative in Congress.
Go Back