Here's a terrific story from Tuesday's election | Beaufort County Now | Lord, give us more like this 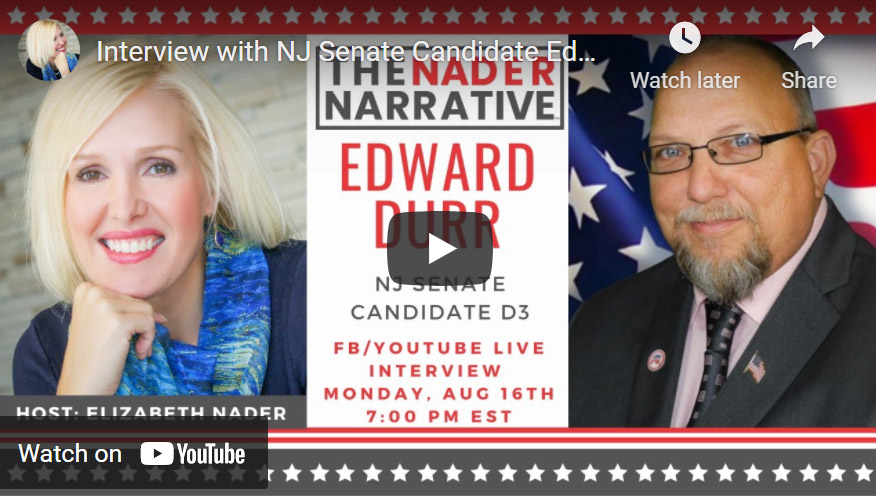 We’ve been writing about the amazing red wave during the elections last night.

But it’s not just Republicans getting into office and booting Democrats out, there’s a another underlying take on this wave — the outsiders who aren’t lifetime politicians winning. People who came in because they’ve just had enough of the professional politicians dictating to all of us as they have over the past year in regard to COVID and the Democratic narrative. Real people who believe their obligation is to listen to the people and serve. Imagine. What a concept!

We’ve spoken about business man Glenn Youngkin at length and wrote earlier about Vickie Paladino, a community activist (in the good sense of the term) who became known for taking Bill de Blasio to task in an encounter on the street.

But there’s no doubt one of the most fascinating stories that has captured people’s imaginations was that of truck driver Edward Durr, who spent just $153.31 on his campaign for the state Senate in New Jersey, going up against a seven-term incumbent Democratic state Senate President Steve Sweeney. Durr reportedly spent that money on Dunkin’ Donuts and paper fliers to deliver door to door. They’ve finally called the race and Durr is the winner.

We wrote about Durr earlier but I had to share his campaign video which shows his truck and his Harley, and a little bit more about him.

Durr skewers Sweeney and the Democrats over the COVID nursing home scandal that wasn’t just in New York but in New Jersey, as well. He chastises Democrats for not fighting against Gov. Murphy’s lockdowns which have been particularly draconian and caused people to flee the state.

Durr walked the neighborhoods and met people and asked what they thought.

This is what the Founders envisioned. They didn’t want professional politicians.

What’s nice about about Durr? Unlike Joe Biden, he admits he doesn’t know what he doesn’t know. He doesn’t pretend to know everything or be everything. But he does want to be a voice for the people so they know someone is actually listening. How honest and refreshing is this?

Here’s a longer video where he shows what a sharp candidate he is and what sense he has. What motivated him to start looking into politics? His inability to get a concealed carry permit in New Jersey, which has incredibly ridiculous gun laws.

Durr is 2,229 votes ahead with reportedly 100 percent in, according to the latest, although he hasn’t been officially declared yet. Why is not clear. But what was fascinating was what he said in that video interview in August — that Sweeney had never gotten more than 32,000 votes in a district with about 150,000 people. So, Durr reasoned, if Sweeney couldn’t even get more than half the district, there were votes there to be had. Durr is now winning with 32,497 to Sweeney’s 30,268 — just as Durr figured in August.
Go Back