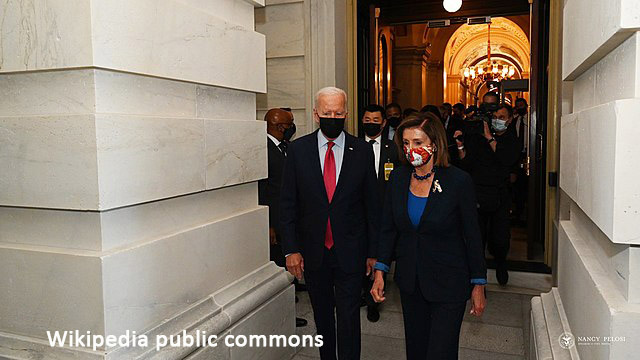 Americans have long been among the hardest-working in the world. But Biden’s mishandling of Covid has caused millions of our best workers to quit their jobs each month.

The “Great Resignation,” as it’s being called, should be by the occupant of the White House who lacks the mental capacity to do his job. Instead, top workers in every field are the ones resigning, which leaves America without the manpower necessary to keep our great country running.

Americans expect good service, and do not tolerate long waiting lines and shortages that are familiar to people in many other countries. When hundreds of thousands are stranded at our airports, as happened when pilots did not show up for work, millions of Americans were outraged by the disruption.

More than pilots are deciding not to show up at their jobs. Amid a substantial loss in uniformed officers in Los Angeles county, homicides are up by 44% and aggravated assaults have increased by 23%.

In August, a record 4.3 million Americans quit their jobs, which was a shocking 2.9% of our entire workforce. The percentage of able-bodied men who want to be in the workforce has dropped to only 67.7%, from 69.3% in January 2020, a loss of millions of workers.

Academic experts discuss this new phenomenon but ignore that Biden’s vaccine mandates are the primary cause. Trucking and other companies are warning the federal government that they may stop doing business with it unless it backs off of its Covid vaccine mandates.

Last weekend American Airlines cancelled more than 1,900 flights, and then cancelled another 340 flights on Monday morning. Pilots and other airline employees do not like being told to take an experimental vaccine or be fired.

On Monday the socialist mayor of New York City, Bill de Blasio, put 9,000 city workers on unpaid leave for being unvaccinated. An additional 12,000 applications for an exemption from the vaccine are pending in the Big Apple.

Despite the heavy promotion of Covid vaccination, it is estimated that up to 25% of New York’s finest – their police, fire, and emergency workers – remain unvaccinated by choice. In Los Angeles, the county sheriff observed that 44% of his 18,000 employees could quit, so he announced that “I cannot enforce reckless mandates that put the public's safety at risk” as the Covid vaccine mandate does.

Who is going to protect us against crime, save our buildings from fires, and arrive with ambulances in emergencies amid all these resignations? Not the handful of politicians and bureaucrats who are imposing the senseless Covid vaccine requirements.

As the Christmas shopping season begins, cargo companies may have the greatest leverage and Biden is noticing their resistance. Our country depends on these cargo companies, particularly this time of year, and Biden should be blamed if shipments do not arrive in time.

That impacts military readiness because the federal government depends on private carriers to transport soldiers and deliver goods for them. It is hardly fair to the troops for Biden to impose arbitrary requirements that are so oppressive that private companies would rather shun the government business.

“As everyone enters their high season, the Administration’s corporate COVID-19 vaccine mandate for government contractors threatens to be a major stumbling block in servicing our customers during the Holidays,” said Stephen Alterman, president of the Cargo Airline Association, as reported by Politico.

Shortages in everything from new cars to specialty items in grocery stores already plague our economy. The December 8 deadline by the Biden Administration for companies to have their employees vaccinated could cause far more shortages just in time for Christmas.

Trucking companies impacted by Biden’s mandates could lose up to 37% of their drivers, the American Trucking Association has estimated to the White House. Truck drivers, like many occupations that form the backbone of our economy, value their independence and do not like being ordered to take an experimental vaccine.

Democrats have been confident that they would defeat legal challenges to the vaccine mandates, and so far courts have rolled over and upheld whatever the public health autocrats onerously demand. But the court of public opinion is a different story, and workers are free to walk off the job at any time over this.

Millions are doing exactly that. Continuing to work or taking on a new job is a sacrifice of one’s time and part of his life, and fewer want that if it means having to quit to avoid taking another experimental vaccine or booster shot.