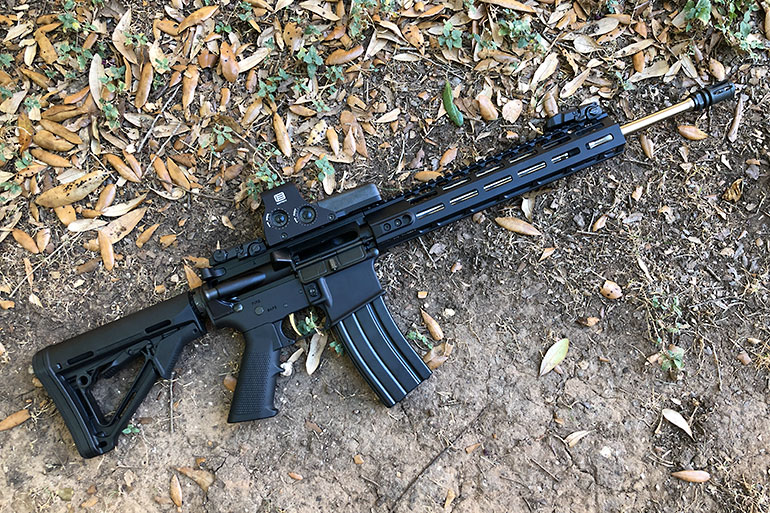 The media is learning, perhaps by pure accident, that the AR-15 isn’t the monster they’ve portrayed it to be. That’s a lesson that the rest of America learned long ago.

ABC News has been running a series of reports focused on firearms and criminal violence. Two of those reports tell the truth of the modern sporting rifle (MSRs), or AR-15 style rifle and the real culprit. ABC News reported it was criminally-obtained handguns that are used in most murders.

“The 2016 Survey of Prison Inmates said that 90% of the prisoners who had a gun during their crime didn’t get it from a retail source,” ABC News reported.

That shatters several myths. First, it proves that criminals obtain their firearms illegally. Second, it shows that the MSR isn’t the fabled monster as the media portrays.

It’s a rifle that’s often maligned, mostly because of a moniker of “assault weapon” that was tagged to the rifle. Josh Sugarmann, who works for the Violence Policy Center gun control group, seized upon the public’s misunderstanding of the semiautomatic black rifle and the automatic firearm used by the military, according to The Washington Post in 2013.

“The weapons’ menacing looks, coupled with the public’s confusion over fully automatic machine guns versus semi-automatic assault weapons – anything that looks like a machine gun is assumed to be a machine gun – can only increase the chance of public support for restrictions on these weapons,” Sugarmann wrote in 1988.

Things have changed in more than three decades. The ABC News report described the fact that while MSR ownership is more common than that of Ford F-150s, they are still rarely used in crimes. There are more than 20 million MSRs in circulation, and they are the most popular selling centerfire rifles in America today. The fact is most crimes are committed by criminals that illegally obtain handguns.

AR-15-style rifles, the modern sporting rifle (MSR), or “assault weapons” as they’re erroneously called in gun control circles and allied media, are not that. They are semiautomatic rifles that use the same one-trigger-pull, one-fire technology used by handguns and shotguns that was invented in the late-nineteenth century.

That doesn’t stop media from portraying MSRs as difficult to handle and aim, as CNN did, and dangerous machines capable of breaking a grown man’s arm. Political journalist Kevin McCallum described his first time handling an AR-15 as life altering.

“It is difficult to describe the impact — physical and personal — of that first shot,” McCallum wrote. “A deep shock wave coursed through my body, the recoil rippling through my arms and right shoulder with astounding power.”

That description went viral and drew rebuke from MSR owners across the country. In one response parents of a 7-year old girl posted a video of her firing several rounds from an MSR, demonstrating the rifle’s limited recoil. It’s one of the characteristics that make MSRs popular.

The vast majority of criminal firearm violence is committed by criminals who by a 90-percent margin have stolen their firearm and most often use a handgun, according to FBI data. That doesn’t stop gun control advocates from boogey-manning the MSR and seeking to ban them, as President Joe Biden has asserted he wants to do again.

The MSR’s modular design that’s easily fitted with accessories make the firearm ideal for users of all sizes and shapes, is just one reason it is so popular. That’s critical when used for home and self-defense. NSSF’s Mark Oliva told ABC in their report, “The way it’s designed, it is easily adaptable. It can fit my frame. It can also fit my wife, and she can shoot that rifle just as easily.”

Twenty-six year old Megan Hill told NBC News she purchased an AR-15 in 2017. “We looked at the AR-15, and it was all in one package,” Hill said. “Luckily we haven’t had to use it in self-defense, but it’s a comfort knowing that it’s there to protect my children and my family.”

In one of the more high-profile instances of law-abiding citizens using AR-15-style firearms for protection, Steven Williford used an MSR to stop the murderer from inflicting more carnage in the Sutherland Springs, Texas tragedy four years ago. There are numerous other examples media ignore.

Beyond self-defense, MSRs are increasingly popular for their adaptability and effectiveness while used in hunting. The MSR is popular among big game hunters searching for deer, elk and bear, but also as a favored firearm to take out predator species like coyotes and hogs that inflict damage on crops and livestock.

According to the U.S. Department of Agriculture, feral hogs are responsible for $1.5 billion worth of crop damage annually by devastating farmers’ fields by trampling or eating crops and rooting and eating seeds before they sprout.

As a result, Alabama opened up night hunting for hogs and coyotes this year and sold over 500 licenses. 20 states allow hog hunting and the MSR is the overwhelming choice of firearm among hunters to hunt these predators.

Despite what most major media outlets continue to falsely claim, the MSR is a versatile firearm that is able to meet the unique needs of a diverse population that recognizes its functionality and effectiveness, including millions of women.

Whether for self and home defense purposes, or to take out to the woods and fields for a hunt, MSRs are safe and get the job done. It’s why there are more than 20 million MSRs in private circulation today.