What Virginia’s election results could mean for North Carolina midterms 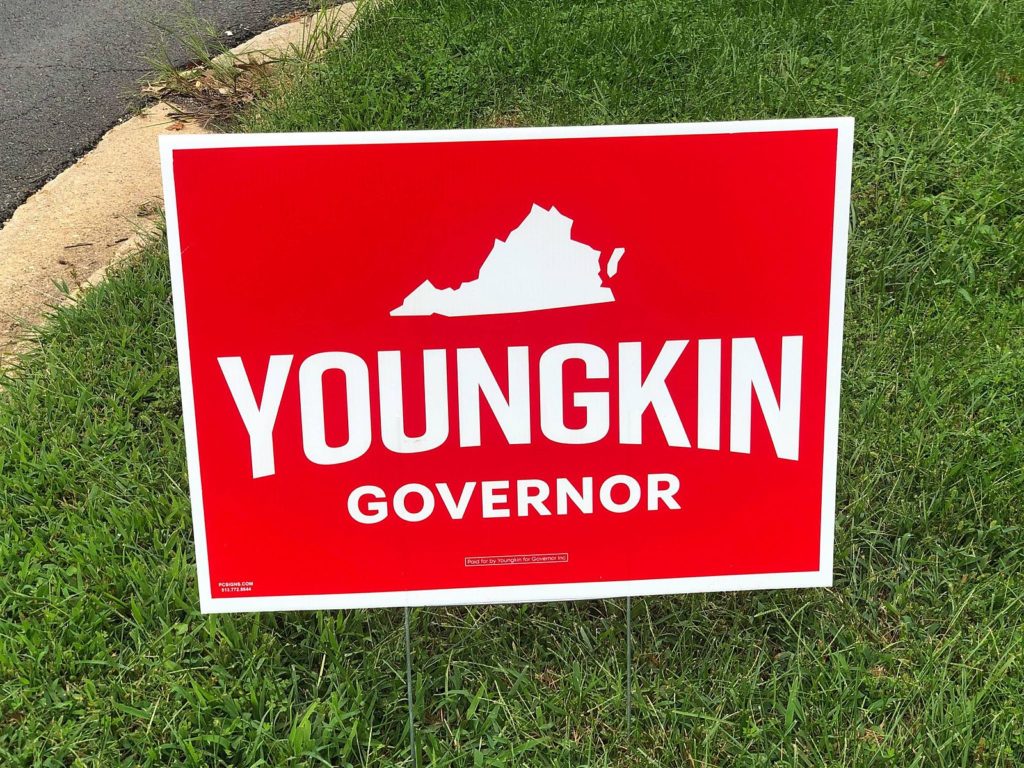 Is the GOP's electoral wipeout of Democratic candidates in Virginia a harbinger of things to come in North Carolina next year?

That's the question running through political pundits' minds the day after Republicans made a clean sweep of races for governor, lieutenant governor, and attorney general in the commonwealth, in addition to standing poised to retake the legislature.

These victories come just one year after Joe Biden carried the state by a 10-percentage-point spread in the presidential race against Donald Trump. In the past decade, Virginia has turned from a purple state to safely blue, making the Republican victories last night all the more noteworthy.

In particular, the Virginia governor's race between Democrat Terry McAuliffe and Republican Glenn Youngkin was nationalized as an example of backlash amongst Republicans, independents, and moderate Democrats against the "wokeism" policies of the left.

"History repeats itself yet again for the eighth consecutive time: The party that controls the White House in a first term has lost the Virginia gubernatorial contest," said Dr. Michael Bitzer, professor of politics and history at Catawba College in Salisbury.

Bitzer pointed to exit polling data showing two issues were foremost in voters' minds: The economy and education. McAuliffe's showing among female voters and independents slid from Biden's performance in 2020, while Youngkin shored up the GOP base and got strong turnout in conservative counties. Youngkin also performed better among college-educated white voters and suburban voters compared to Trump in 2020.

Youngkin partly succeeded by tapping into parents' concerns over school closures due to the COVID-19 pandemic, masking and vaccination policies in schools, instruction aligned with Critical Race Theory, and controversial policies on transgenderism and gender issues.

Loudoun County - a decidedly blue county on the outskirts of Washington, D.C. - is one example. Youngkin lost the county by just 10% compared to Trump's 25% loss in 2020. Loudoun had become the epicenter of parental backlash against a public school system that was trying to shut out their voices, including one story of a father who says the school district tried to cover up his daughter's violent sexual assault in a high-school bathroom by a "gender fluid" boy wearing a skirt.

In the aftermath of their defeat, Democrats are roundly criticizing McAuliffe for bungling the education issue. McAuliffe's attitude came into keen focus in a debate in September, when he said, "I don't think parents should be telling schools what they should teach."

If history is any guide, the 2022 midterms will be favorable to Republicans as the political party out-of-power in the White House. All 150 seats in the N.C. General Assembly are up for grabs, in addition to an open U.S. Senate seat and 14 congressional districts that include a new district created due to population growth. Republicans are also likely to have favorable district maps due to this year's redistricting process.

According to political experts, Youngkin's win in Virginia could serve as a roadmap for a Republican strategy next year in North Carolina.

"The election results indicate the Virginia suburbs, particularly in northern Virginia and Richmond, did not go as strongly for McAuliffe as they did for Biden," said Dr. David McLennan, a political science professor at Meredith College in Raleigh. "Given the importance of suburban voters in North Carolina, that is going to make Republicans feel better and Democrats worse. If Democrats lose suburban voters, it's going to be hard, particularly in the U.S. Senate race and some congressional races."

McLennan also pointed out that Youngkin performed better with college-educated whites, which would be another GOP strategy in the midterms next year.

Another strategy could be for Republicans to harness local anger from parents over education issues.

"I think the Virginia election will only add fuel to Lt. Gov. Mark Robinson's fire of attacking Critical Race Theory and using it as a political weapon, even though it's hard to find any evidence of it being taught in North Carolina schools," Bitzer said. "But the GOP lessons will be to continue to weaponize it, and if midterm history is in line with Virginia's historical pattern, it will be a tough cycle in 2022 for Democrats across the board, and in what should be a competitive N.C. environment once again."

Dr. Andy Taylor, a political science professor at N.C. State University in Raleigh, cautioned that Tuesday's election results "might not be a harbinger of things to come in 2022 in N.C. or elsewhere. It might just be the Virginia cycle repeating again."

The ultimate lesson, according to Taylor, is that "when the electorate is in a sour mood, it helps not to be an incumbent."
Go Back